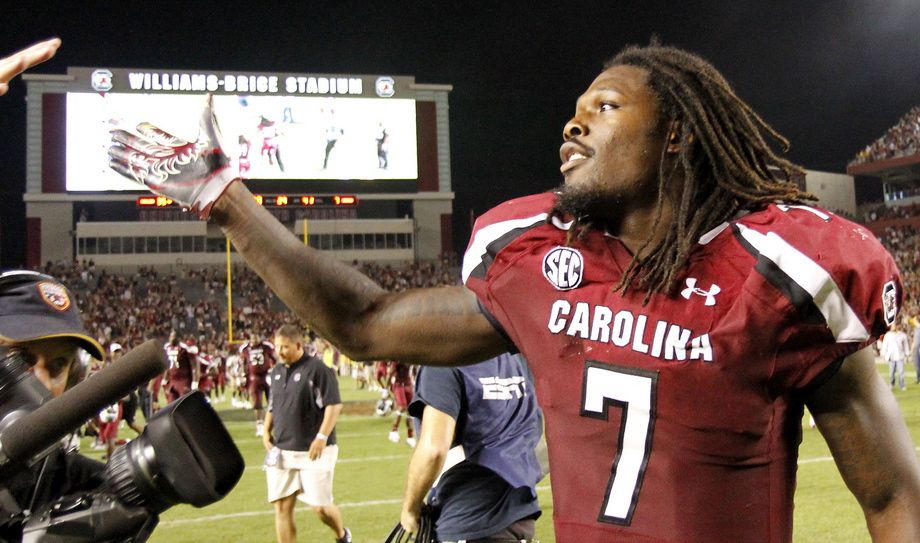 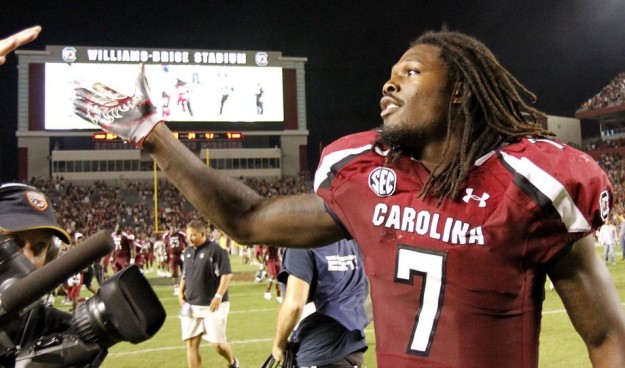 According to The Shreveport (Louisiana) Times,  Clowney and an unidentified Gamecock player approached Mettenberger as he walked out of the LSU locker room to warm-up for last weekend’s Top Ten battle.

“We’re coming for you, 8,” the unidentified player allegedly told Mettenberger, who wears a No. 8 jersey for the Tigers.

“You’re not going to make it through the game,” Clowney allegedly added.

“The player was Clowney and a defensive back. They were right out here when I went out to do warm-ups,” Mettenberger confirmed to the paper following the Tigers 23-21 victory over the No. 3 Gamecocks. “They definitely had a few choice words to say to me, but I’m guessing they’re looking dumb right now with the loss on their record. Obviously, it didn’t work out for them too well.”

USC sports information director Steve Fink did not respond to questions about the alleged Clowney threat.

LSU left tackle Josh Dworaczyk – whose job it was to block Clowney – told the paper that the threat motivated him and his teammates.

“One of the guys from their team went up to Zach and told him that he was going to make sure that he didn’t finish the game,” Dworaczyk said after the game. “The coaches heard. Some players heard it.”

“When you hear that, it elevates your game that much more,” Dworaczyk added. “It’s always your job to keep a quarterback clean, but when the threat comes out there, you step up and protect your quarterback with everything that you got. And I think our offensive line, backs and tight ends did a great job the entire night of doing that.”

They did.  LSU beat South Carolina decisively in the trenches – particularly in the fourth quarter when an already worn-down defensive unit was repeatedly put back on the field thanks to inability of head coach Steve Spurrier’s offense to take care of/ move the football.  Also Clowney – last year’s SEC freshman of the year and this year’s conference sack leader – did not record a sack of Mettenberger.

Clowney acknowledged that USC’s front seven “didn’t come to play” against LSU and that they would have to turn in a much better effort this weekend against No. 2 Florida.

He’s right … and they can start by saving their breath during the pre-game.