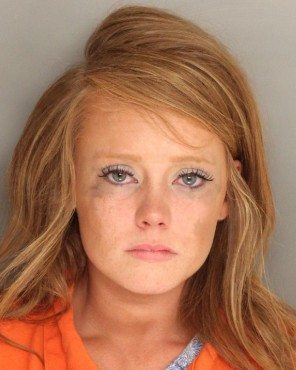 Dennis, who recently confirmed that she was dating former S.C. Rep. Thad Viers, was in the car with a former boyfriend at the time of her arrest. It’s unclear whether her companion was charged with a crime related to the incident – which occurred on May 26 (a few days before she and Viers began dating).

FITS received reports of Dennis’ arrest from a source threatening to leak the story to The Berkeley Independent – the latest example of her elevated profile.

At 5-foot-11 (without heels), Dennis is a sought-after model who has made a name for herself in fashion, writing and politics. She’s got all the talent in the world (click here and here), although like her idol Sedgwick she doesn’t like to be tied down.

Efforts to reach Dennis were unsuccessful but her friends tell FITS that she’s very distraught as a result of the arrest and “thinks it’s the end of the world.”

Obviously it’s not … and we hope Dennis eventually understands that.

Her future remains incredibly bright … and not just because of her drop dead gorgeousness, either.