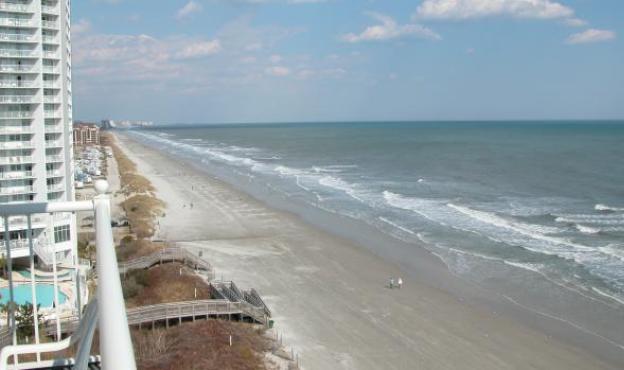 REPORT: SOUTH CAROLINA SURF MORE POLLUTED THAN EVER THANKS TO HORRY COUNTY

As noted earlier this month, this website’s founding editor took his family far south of Myrtle Beach, S.C. (a.k.a. “The Dirty Myrtle”) this summer for their family vacation … which turned out to be a genius move.

On Pawleys Island, S.C., the water was cleaner, the waves were higher and the beaches were less crowded … making it everything you’d hope for in a summer beach experience (i.e. everything Myrtle Beach was when Sic Willie was a kid growing up in the late 1970s/ early 1980s … but isn’t today).

Anyway … what’s the latest item in the increasingly thickening “don’t vacation in Myrtle Beach” file?  If you guessed the rise of water pollution in and around the “Redneck Riviera,” then we’ve got some fabulous door prizes for you.

Except no … what we’ve actually got is another year of state government spending tens of millions of your  tax dollars on tourism marketing.

They better get that spin machine ramped up, too, because according to the latest data from the Natural Resources Defense Council’s “Testing The Waters” report, a whopping 23 percent of water samples in Myrtle Beach exceeded recommended bacterial levels.  In Briarcliffe Acres – just north of the “Dirty Myrtle” – it was 45 percent.  Highly elevated levels of pollution were also found at Horry County’s campground beaches (32 percent), Arcadia Beach (20 percent), North Myrtle Beach (15 percent) and Surfside Beach (15 percent).

Add it all up and South Carolina now ranks 24th out of 30 coastal states on the report – with a statewide average of 15 percent of our beach samples exceeding recommended bacterial levels.

Two years ago, the Palmetto state ranked No. 17 on this same report … which means this is yet another area in which South Carolina is falling further behind the rest of the nation.

Oh … ready for the spin?

But don’t worry … we’re sure a few million more in government-funded vacation propaganda will do the trick.