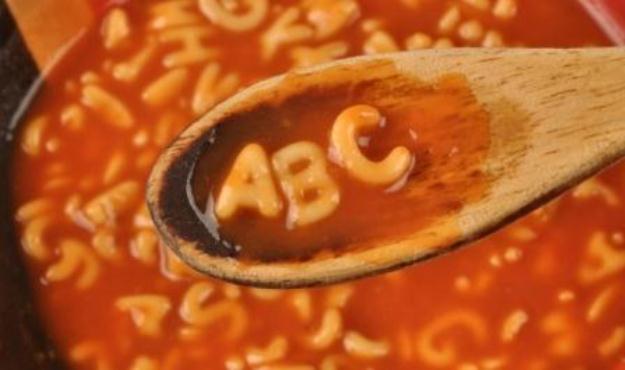 We posted a story last week about a behind-the-scenes effort to move the federally-funded South Carolina State Energy Office (SEO) from the S.C. Budget and Control Board (B&CB) to the state’s Office of Regulatory Staff (ORS).

While this effort may seem like little more than a mouthful of alphabet soup, it actually involves billions of dollars – and represents a critical battle in the ongoing war for control of the executive branch of government in South Carolina.

As we’ve pointed out on numerous occasions, South Carolina’s executive branch of government needs to be run by the governor – no matter what we may think of the person who currently occupies that office. At the end of the day that’s the only way to provide a direct line of accountability to the taxpayers – as opposed to the splintered, wasteful, dysfunctional and corrupt system we currently have.

In fact we’re told that former B&CB executive director Frank Fusco – who has been seen trolling around the State Senate office building in recent weeks – is drafting a Senate “restructuring plan” that includes this very proposal.

If successful, this legislatively-driven effort would allow the state’s electric cooperatives to continue reaping the taxpayer largesse that they enjoyed while Fusco was at the helm of the B&CB.  The cooperatives’ lobbying arm, incidentally, is led by Mike Couick – a former State Senate staffer who is loyal to Senate President Glenn McConnell.

Why does this matter to taxpayers?

Prior to his resignation last year, Fusco – under pressure from Couick’s legislative allies – agreed to give the electric cooperatives $3.5 million in federal “stimulus” funds that had been allocated to the State Energy Office, a unit of the B&BC. The cooperatives proudly announced this windfall, but piped down once Fusco realized that contracts and grants for these federal funds had to be awarded through competitive processes.

Accordingly, a contract solicitation was hastily drawn up, briefly advertised, and lo and behold there was only one bidder – the electric cooperatives.

The lion’s share of this money – $3 million – was then given to the coops under the auspices of “Low-Income Manufactured Housing Retrofit and Evaluation.” The remaining money was given to them in the form of a solar energy grant.

When Fusco was forced out last December, this gravy train was jeopardized.

Proposed solution? Exactly what we wrote about last week … moving the State Energy Office into the legislatively-controlled Office of Regulatory Staff.

While this effort is underway, another legislatively-dominated agency – the Public Utilities Regulatory Committee (PURC) – is working to change the state’s building code laws so that the State Energy Office would be eligible for additional federal funds (which they would then hand over to the cooperatives).

S.C. Gov. Nikki Haley has said that she wants to take government back “for the people.” In fact, she led a “movement” last year that promised to do just that. She has also made government restructuring one of her top priorities.

Unfortunately, Haley appears to be on board with this deal – at least that’s the word we’re getting back in the wake of our founding editor’s recent open letter on government restructuring.

That’s too bad … this office (and the rest of the B&CB) should be placed within her cabinet.

Whatever anyone thinks of Haley, she’s the governor – which means that she should be responsible for the executive branch of government. That’s what 51.3 percent of Palmetto state voters elected her to do, right?

Obviously lawmakers are never going to let that happen, though … and Haley isn’t interested in fighting them.

The SEO is merely a management office for the pass down of Federal funds from petroleum overcharge escrow fines as well as DOE funding for approved programs.

Has it been a plum for legislators over the years? Sure. Has it been an egg-laying golden goose for its overseers? Yes. Are we talking bazillions of dollars? No.

While similar in operation, the scope of the SEO is at best 15-20% that of the Local Government grants operation – with more strings attached.

Your core premise is correct, but don’t get your panties into an uproar over this one. Assuming you believe in spending approved federal funds in SC, this program is more about simply having a Johnson than size. And Ms Nikki is about to lose her Johnson.

My name is Eleanor K and I approve this message.

The Electric Co-Ops are into a lot this session. And much of it is not good. Stay tuned.

We don’t know 10% of the incompetence and waste perpetrated on and by Sanford’s cabinet and office of the governor agencies – the press needs to do there what they did with the Moore debacle coverage of today.

“Reorganization” needs to come to a grinding halt until the voters of SC can prove for 60 years or so that they can elect trustworthy governors.

neither this governor nor the last one are very accountable, so say again why you believe agencies need mixing up please

do we have any hope left?

change ain’t workin out too good is it?

Eggday, the only change left is jingling in the bottom of the unregulated co-ops’ deep deep pockets.

The SEO has been shuffled more than any agency in recent history.
For the youngsters who read this blog, the SEO was affiliated with Clemson and then Santee-Cooper back in the 80’s. Later it was transferred to the Governor’s Office and then to the BCB primarily to administer the PVE (Oil Overcharge) funds which came to the State as a result of a federal court decision. According to insiders, those funds have largely been expended but the “stimulus” funds provided an significant added boost recently. It is my understanding that all of the school districts and state agencies including Higher Ed. received grants for energy/ green upgrades.

The unregulated co-op’s wield enormous power in the General Assembly and it was no surprise to anyone when they selected Mr. Couick as their CEO upon his departure from the Senate where he was often referred to as the “47th Senator”. Please put the SEO in the Department of Administration then IG George Schroeder can keep an eye on their activities. If you send it to ORS, you may as well write a check to the Co-Op’S for the balance in the account and shut the d**n thing down !!

So who, exactly, does this Office of Regulatory Staff report to? Does the Governor have any say-so? Who does? What all do they “regulate?” Does anyone understand all this? And whatever happened to the Consumer Advocate who used to look out for regular ratepayers? I remember a guy named Steve Hamm doing a great job, but it is not clear that anyone looks after the common folks anymore.

The director of ORS, Dukes Scott, attorney, former PSC commissioner and Administrative Law Judge is appointed “technically” by the Governor. One name is submitted to the Governor by the PURC who serves as his Board of Directors. As mentioned before, this group is made up of legislators plus a few “citizen” members. The Governor can only accept or reject the nominee. Incidentally, he is a very capable individual.

As far as the consumer advocate is concerned, the agency(Consumer Affairs) has been reduced to a fraction of its former size through sharp budget cuts and is somewhat impotent at this point. Don’t count on any help here.

And who are the PURC people and where do they come from? Is there any accountability to voters? Why isn’t this stuff run by the Governor?

Duane, There is no accountability except between the unregulated cooperatives CEO and Mr. Scott. This ORS/alphabet soup set-up was designed to keep co-ops unregulated. Couldn’t agree more with Uncle Leo here in that the consumer is the last one (or not even) in consideration here by our “fair” leaders.

Uncle Leo, Mr. Couick’s hiring was not quite as universally approved as you described. Almost immediately afterward, the largest co-op in the state (Berkeley) dropped out of the association Couick heads and others (IE Black River) followed.

We need another update on this subject

Mike Couick was not the 47th Senator. Frank Caggiano was.

Get your facts straight.