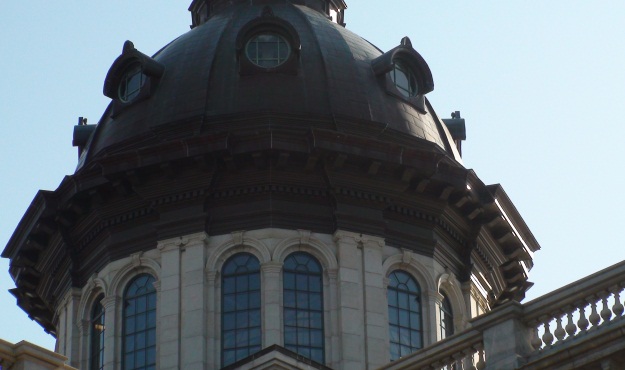 Our founding editor vented his spleen earlier this week on the latest alleged horse-trading aimed at stifling long-overdue government reform in South Carolina.

But beyond whatever backroom deal S.C. Gov. Nikki Haley has cut with powerful Senate Finance Chairman Hugh Leatherman, what other “de-structuring” schemes are taking place in our state capitol?

Specifically, we’ve uncovered a little-noticed provision in the latest Department of Administration proposals that would move the federally-funded State Energy Office (SEO) from the S.C. Budget and Control Board to the state’s Office of Regulatory Staff (ORS).

Wrong. If you think the Budget and Control Board lacks accountability, you ought to take a look at ORS – which is responsible for overseeing tens of billions of dollars that South Carolina citizens pay to government-guaranteed monopolies. While the state’s Public Service Commission approves rate hikes and such, virtually everything else is negotiated in secret by ORS in a kind of “settling out of court” process.

Who does ORS report to? That’s a good question.

Oversight of this agency is provided by a little-known entity called the Public Utilities Regulatory Committee (PURC), which is appointed by the Speaker of the House and President Pro Tempore of the Senate Senate (and serviced by Senator Glenn McConnell’s Judiciary Committee staff).

Not familiar with PURC? You’re not alone. All we can say is the agency is the very embodiment of the “legislative tyranny” written about so eloquently by S.C. Sen. Tom Davis.

Who calls its shots?

That would be C. Dukes Scott and his long-time behind-the-scenes colleague, Mike Couick, the former Staff Director of Senate Judiciary who now heads the electric cooperative association (and who is the guy who claims to give U.S. Sen. Lindsay Graham all of his energy ideas).

And yes, they are already working hard to ingratiate themselves with the Haley administration, too.

So to recap (get ready for a tongue-twister), in the debate to move the SEO from the B&CB to the ORS (and away from the new DOA), the PURC is scheming with the coops make sure this immensely powerful agency stays in legislative hands.

And yes … that’s quite a mouthful, we know.

If you are confused, you should be. Seriously … this is why our state government is so a) wasteful, b) dysfunctional and c) unaccountable.

But what is the reason for this provision? What has the PURC Energy Advisory Council has been doing over the last year? More importantly, who is designating its membership, planning its agendas and determining its outcomes behind the scenes?

The State Energy Office gambit, designed to funnel federal energy conservation funds to the electric cooperatives, is actually small potatoes in the big picture of the totally non-accountable ORS.

Meaningful restructuring resulting in accountability and transparency would bring ORS into the sunlight – which is vitally important seeing as this agency control four times as much citizens’ money as the state has in general fund revenues.

The easy (and correct) answer?

Move this agency into the governor’s Cabinet so that the taxpayers will have a direct line of accountability … i.e. someone who will have to answer directly for everything it does.

Of course like so much of Haley’s oft-touted “government restructuring,” that’s not going to happen … not as long as the “legislative tyranny” is still calling the shots.

Will, I absolutely agree on this one. The PSC is historically a joke and totally political. For the commissioners it’s a plum job with a fat salary, nice trips and little heavy lifting. ORS was created to separate the functions, as you described but in typical Senate fanshion they were exempted from most State regulatory oversight. Mr. Scott is a fine lawyer, very qualified and a straight arrow to boot but totally indebted to PURC. This oversight committee is a strange oversight body made up of legislators and a couple of “public” members–who just happen to have close ties to ORS or the Legislature. Its clear the intent is for ORS to get their paws on the millions of Federal dollars that the Energy Office administers. Watch closely for the money to be generously flowing to the co-ops. This arrangement makes the B&CB a model agency by comparion and that’s sayin’ a lot! Tom Davis is right about this.

This is exactly the sort of thing Haley should be all over … unfortunately she seems to be more interested in declaring victory than actually achieving it.

Sic, we need something on Timmy so Major C, OWB, and the gal with the sandy crack can go at it some more.

Sic Willie, don’t you know that you can’t use the terms “eloquently” and “Tom Davis” in the same sentence as they are mutually exclusive?

Like it and want to see more on this topic.

A good follow-up to “Inside SC’s Alphabet Soup Government” might point out that amakudari, Japanese for “descent from heaven” (referring to the descent of Shinto gods from heaven to earth) isn’t limited to Japan. In the modern metaphor, “heaven” refers to the upper echelons of the civil service, the civil servant is the deity, and the earth is a private-sector corporation.

One such deity is the Shinto god who heads SC electric cooperatives. Before retiring from state senate judiciary staff, he was the go-to guy for the co-ops at the statehouse. His amakudari, of course, was his subsequent hiring as CEO of the co-op association. His star job qualification: He’d effortlessly be able to secure preferential treatment by state government for unregulated and unaccountable co-ops. (Co-ops are governed by a legion of generously compensated and well traveled (at ratepayer expense) trustees-for-life, after whose deaths, are almost always replaced of the co-op board by their spouses, sons or daughters. Think of the caste system and you get the idea of how SC co-ops operate.)

Breaking the chain of legislative tyranny will require elimination of amakudari and dumping the alphabet soup down the drain. At the very least co-ops need to be regulated by a public service commission that is held accountable and does not answer to a peculiar agency like the ORS that is in bed with the co-ops.