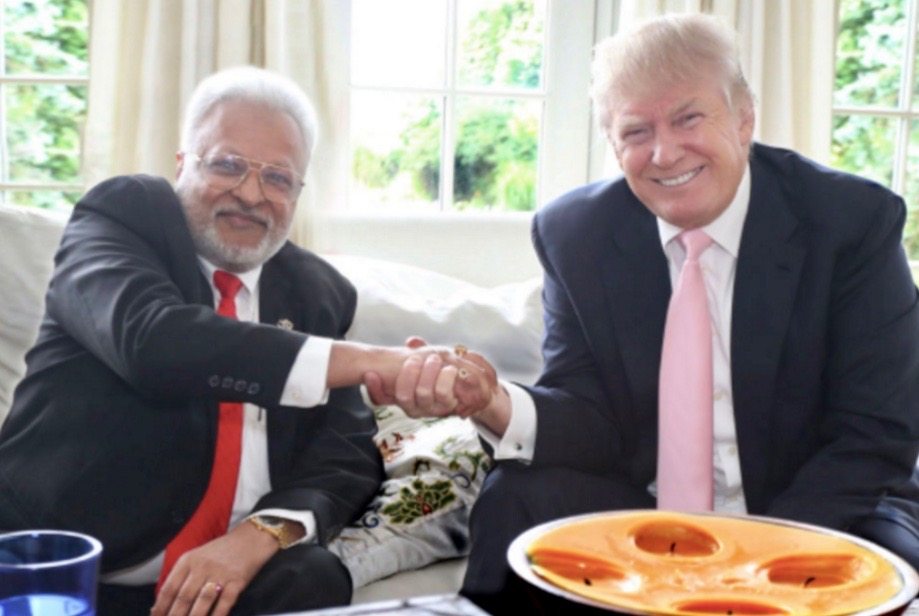 We don’t really care about “diversity …”

Seriously: You could be a purple tranny who identifies as a gay alien and we wouldn’t care as long as you safeguarded our liberties and protected our tax dollars.

We don’t care what color you are, where you came from, what god you worship or who you want to sleep with …

Just watch out for our bottom line and our fundamental freedoms and we’ll get along fine.

In news that will probably be completely ignored by the bought-and-paid-for mainstream media, Indian-American businessman Shalli Kumar – founder of the GOP Hindu Coalition – doubled down this week on his support for embattled GOP presidential nominee Donald Trump.

Not only did Kumar say he is sticking with Trump as his choice for president, he’s dropping $5 million into his candidacy.

“Donald Trump demonstrated that he has a quality his Republican critics have lacked for years: guts. He took responsibility for his comments from more than a decade ago and pushed forward on issues that really matter to the American people, and especially to the American Hindu community … jobs, health care, entrepreneurship, and the perils of radical Islamic terror,” Kumar told Paul Bedard of The Washington Examiner.

The Chicago businessman also had some choice words for Hillary Clinton.

“By aiding and abetting her husband’s sexual misconduct and demonizing his victims, Hillary Clinton has done far worse to American women than Donald Trump has ever been accused of,” Kumar said.

Kumar wasn’t done.  In addition to bashing the Clintons, he had some thoughts on the recent “Republican” defections from Trump’s campaign.

“This weekend some elected Republicans have proven why they are fair-weather friends and why they lack the trust and faith of their own voters,” he said.  “By bailing on their presidential nominee when the mainstream media demanded it, they don’t have the courage of their convictions and they don’t keep their word. The Hindu and Indian communities stand by our friends, especially when it’s hard, and we are doubling down on our determination to elect Donald J. Trump the next president of the United States.”

Damn … “lack the trust and faith of their own voters.”

That’s pretty “nail on the head” stuff right there.

Kumar also said a “Humanity Against Terror” charity event scheduled for this coming weekend – which Trump is supposed to attend – will go on.

“I look forward to joining thousands of Hindu Americans in welcoming Mr. Trump next weekend,” he said.