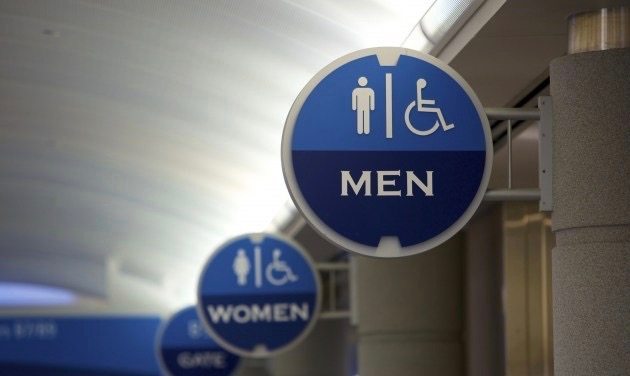 ANDREA GLENN: “THIS HAS BECOME A PASSION FOR ME”

To us, the debate over S.C. Senator Lee Bright‘s “bathroom bill” is downright silly.  It came about because a two-bit politician is looking to shore up a shaky reelection bid by capitalizing on a wedge issue – that’s it.

Having said that the proposed legislation – modeled after a bill North Carolina recently passed (yet now seems to regret) – has sparked some intense emotion up and down the state’s political spectrum.  One South Carolina sheriff has gone so far as to encourage violence against any transgender male daring to set foot in a Palmetto State bathroom … while others have decried the legislation’s supporters as homophobes.

Others have sought to wash their hands (bad bathroom pun) of the whole issue by labeling it a “home rule” matter – i.e. an issue which should be left to local governments to settle as they deem appropriate.

Us?  We’ve kinda copped out too … referring to public restrooms as dirty places where we would never venture and halfheartedly embracing the home rule angle.

One person who isn’t on the fence?  Andrea Glenn.

This Lowcountry, S.C. mother – who is straight up rocking the Christie Brinkley look in her early fifties – has a son named Rory who came out as transgender several years ago.

Glenn took to her Facebook page earlier this week to weigh in on the issue, pulling absolutely no punches in her assessment of the situation …

“I’m so irritated with the small mindedness of this state – aren’t there more urgent issues for them to address?” Glenn asked.

Yes, there are (ahem) … but as we mentioned, Lee Bright is running for reelection.  And in light of his disastrous “pro-life” filibuster a year ago, he needs something to get the “faithful” back in line.

Glenn is having none of his efforts …

“This has become a passion for me,” Glenn continued.  “All we want is for our children to be happy.  My child announced this on Mothers Day 2013 – pre-Bruce Jenner – and it was a gift to me.  I knew there was something going on emotionally but couldn’t place it.  There’s so much stigma and fear – and rightly so – but there is so much science behind transgender. ‘X’ and ‘Y’ chromosomes are only one aspect of our sexual identity as humans – there are many other markers in our DNA that dictate sexual identity.  It’s like a four-leaf clover – it’s a gift to find.  Rory is my four-leaf clover.”

Glenn’s advocacy also raises an important point: Clearly there are people who are on the level in pushing back against Bright’s bill.

Our concern?  The predators who could potentially take advantage of this situation … because there is legitimate, non-homophobic pushback there, as well.

Dueling liberties … where to draw the line?

It’s not the first time we’ve addressed such a situation … we’re sure it won’t be the last.

What We Missed At CPAC (Nude Heels)