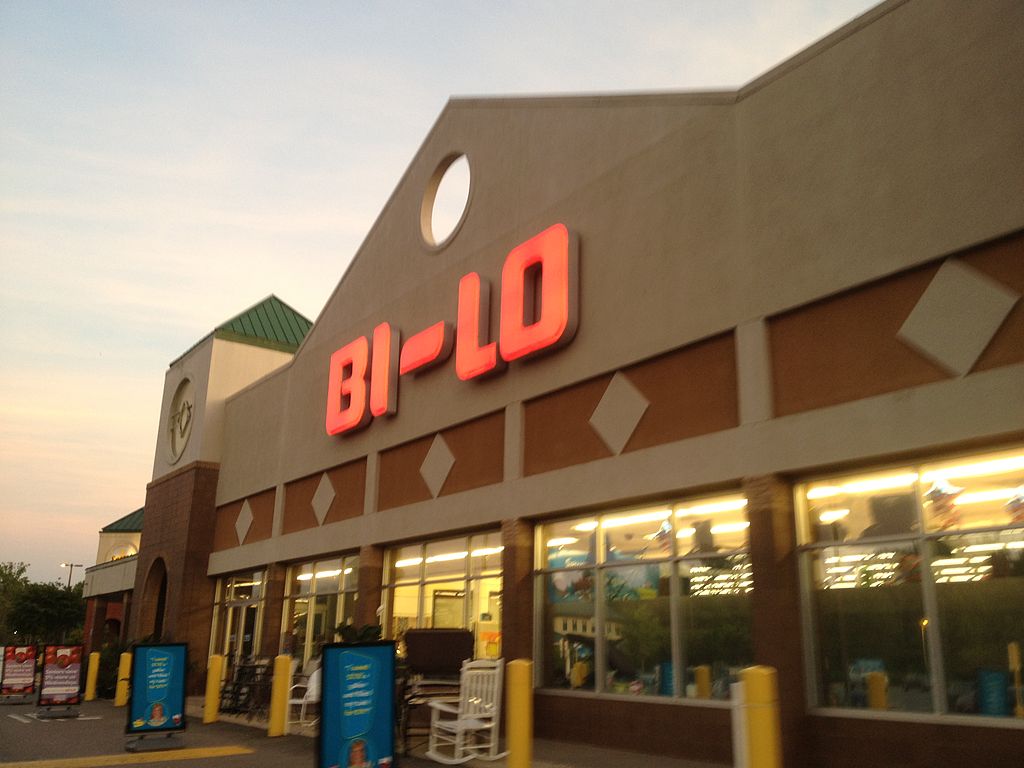 By FITSNEWS || Is it a “great day in South Carolina?”

Not if you live in Cheraw or Bennettsville, S.C.  These two rural towns are reeling after a recent announcement from Bi-Lo – a regional grocery store chain that operates roughly 200 supermarkets in Georgia, North Carolina, South Carolina and Tennessee.

According to reporter Mary Edwards of WMBF TV (NBC – Myrtle Beach/ Florence, S.C.), Bi-Lo is shutting down stores in Cheraw and Bennettsville – a move that will leave 130 employees out of work.

The job losses are coming sooner rather than later, too, with the store’s regional public relations manager telling Edwards the stores will be closing prior to November 19 of this year.

South Carolina’s economic situation is not what S.C. Gov. Nikki Haley claims it is.  It’s worse.  Much worse.  In fact the state’s labor participation rate in August was 57.9 percent – the sixth-lowest rate in America.

That means only 57.9 percent of the state’s working age population is employed or actively looking for a job.

Since taking office in 2011 Haley has celebrated plenty of government-subsidized “jobs” announcements, to be sure, but these bailouts (which don’t always pan out) come at a cost to individual taxpayers, small businesses and our state’s broader consumer economy.

Look no further than Cheraw and Bennettsville for proof of that …

@fitsnews do you think they should be forced to stay open? Why are they closing?

@fitsnews I don't think Cheraw and Bennettsville should worry because we have the "JOBS" Governor Haley to save the day. It's a great day!

Snitches In The SC Lowcountry

Fucking greed mongers usually shut down business before Christmas. On the other end of the scale, you have the same greed mongers already deciding to keep stores and malls open on Thanksgiving. Why let employees have a day off with their families when you can work them and bring in more money towards that big fat bonus check for the CEO, eh?

In rural communities these super markets are being replaced by Family Dollar’s and Big Lot’s.
Maybe Bi-Lo is getting out before the Ferguson riots spread to SC and their stores are burn’t down.
Law enforcement is preparing for riots all over the country if that officer is not indicted.

Ferguson riots in Bennettsville and Cheraw? That’s a bit of a racist stretch. Most reporting I’ve seen indicates regional supermarket chains are being pressured by the rapid spread of Walmart Supercenters.

Wal-Mart is expanding into small communities and suburbs now with “Neighborhood Markets”. Junior Wal-Marts is what they really are.

As long as they can get retards to lose their mind over a cheap, flat screen those holiday Hours sales won’t stop.

You called it, friend!!!! Shallow, petty, people will be out in hordes on Thanksgiving, filling the roads in Harbison and areas around The Village At Sandhill. Give the greedy fucks in the store and mall corporations another year or so to complete their studies and they will also be open on Christmas Day, too. Maybe its time for a law requiring that employees working on major Holiday’s be compensated at triple or quadruple time. That may help the greedy bastards decide if it is really worth fucking up peoples’ holidays so they can make an extra buck or two.

If assholes didn’t go shopping on those days the stores would not need employees. At one time we had Blue Laws but a bunch of progressives thought that government shouldn’t be in people’s business. You’s wants shopping on Sunday’s you’s get’s it. Which is the way ‘s you’s want’s it.

The blue laws were always wrong. The idea of giving a person at least one day off out of seven is valid, but the blue laws were not anywhere near equitable in that way. Certain businesses stayed open while others were forced to close. In some cases (such as Wal Marts) the store would be open but certain sections were roped off, which was at best, totally ridiculous. A better way to do it would be to require that every employee of every business get a mandatory day off, once in a seven day cycle. The blue laws was one more way that mainstream Christianity tried to force its beliefs and values on everyone. Jews (and others) observe their Sabbath on Saturdays.

Getting back on topic, there was never a law requiring stores to be closed on Thanksgiving or Christmas Day, though I sometimes think it wouldn’t necessarily be a bad thing.

Wall Street Journal has reported the unemployment numbers are being manipulated this month just like they were the month prior to the 2012 Presidential election.

All about politics and Fits is a perfect stooge for the dems.

The WSJ, since being taken over by Rupert Murdoch, has allowed itself to become part of the Republican propaganda machine. Your comment begs the questions: Which economists? Those from AEI or Heritage? Since when does WSJ employ economists? Please provide a link to the article.

Do your own fucking homework.

Profound claims with no back up. Typical.

Relevant how? Nothing from WSJ.

Came from WSJ.You really are a fucking idiot.I googled “unemployment numbers manipulated in 2014 and southern states”.

There is nothing in that article that supports the claims of doctored numbers — except a claim from a Republican politician. In fact, no economist is mentioned specifically except the Atlanta Fed who said ““I’m not getting any feedback,?and we talk to people every day, ?that’s saying the wheels are falling off Georgia’s economy”. Try reading instead of name-calling.

“Jobless rates at the state and local level are determined by a Labor Department model that blends a monthly survey of households with other data and past trends. Their short-run movements can reflect statistical noise more than any underlying trend, and many economists prefer to look at a larger Labor Department survey that estimates nonfarm payrolls to gauge regional trends.

And by that second measure, Southern states aren’t losing jobs.”

Lol…..just like Census workers weren’t caught falsefying October 2012 unemployment numbers prior to the election. Economists had predicted unemployment to go up 2 or 3 tenths and it went down several tenths below 8%.

BLS is as corrupt as the IRS and every other government agency Obama and his socialist band of tyrants has its hands on.

So Sic Willie. is this the free market you tout in action or not?

Much ado about nothing. I thought this was a free market, Libertarian site? People haven’t quit eating in that area, anything Butt. ;-) Walmart or someone else is going to fill that vacuum, will the new workplace be a block away like your old job? Probably not, but I guarantee somewhere local is looking for grocery employees.

I agree.In my opinion Fits wouldn’t exist without Nikki Haley.

The real news was when Winn-Dixie bought Bi-Lo 2 years ago and closed all of the corporate offices in the upstate and moved them to Jacksonville. Now they are eliminating redundancies and non-performing stores. The Piggly Wiggly has it nailed down in those small towns: plenty of chicken feet and gizzard specials.

Uh, Piggly Wiggly filed bankruptcy and sold all its corporate owned stores to Bi-Lo. The remaining Pigs are franchise operations.

They are still Pigs though aren’t they? And not part of Bi-Lo so what is your point?

If you want to call them that. There’s 25 stores left, no piggly wiggly distribution anymore either. Basically it’s a bunch of independently owned grocery stores that happen to share the name of piggly wiggly. Other than that, there’s no real relation between them anymore.

You want fries with that?

Bi Lo is an expensive grocery store. But for Cheraw and Bennettsville, I would think the cost savings in gasoline is an offset.

Expensive compared to what, dumpster diving?

take a look at Belton, Honea Path, Williamston, Piedmont and other Upstate communities. They are dead. A Mexican restaurant, a Dollar General, a pawn shop, a crappy BiLo or Ingles, and zombies walking the street smoking cigarettes they cannot afford.
These town have dumpy old homes that should be fixed up and revitalized. these places have no concept of gentrification. It is a shame but people with ambition are leaving these places in droves after graduating from high school.
Look at lovely Latta, SC. Dead downtown but gorgeous Victorian homes. and some crappy ones.
Wake up South Carolina.

Ain’t the Bi Lo HQ moving out of state too? Aint this the group that’s becoming Winn Dixie? Cuz I seen a Winn Dixie in Florida this past weekend gettin’ all sorts of money spent on it to make it look more perty.