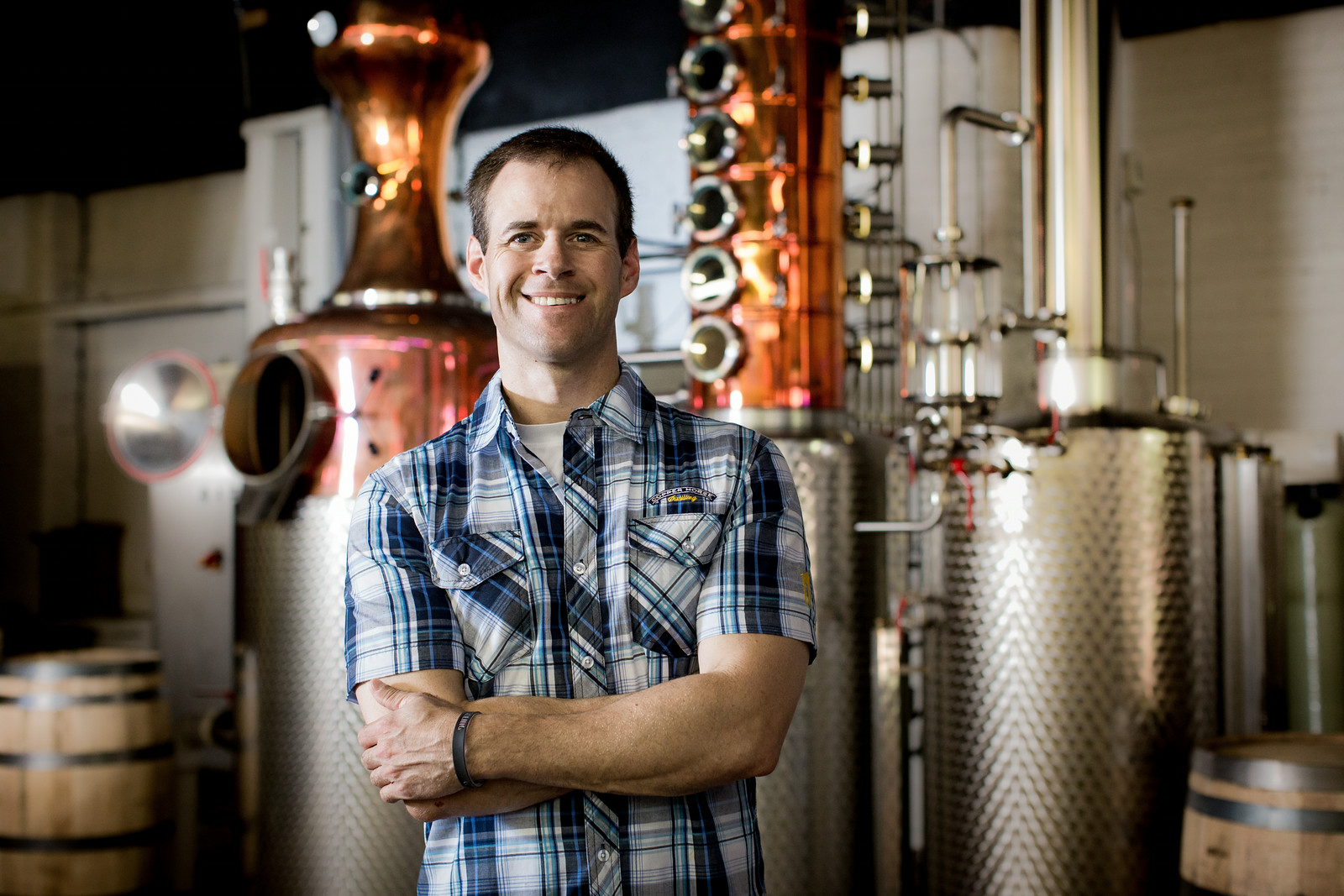 By Liz Gunn || You may or may not be aware, but Columbia has its first liquor distillery. Okay, it’s probably not the first ever –but definitely the first legally operating still in Columbia in a very, very long time.

I sat down with Richard Baker, owner and operator of Copper Horse Distilling to talk about the business. At first it was a bit like talking to Bill Nye, The Science Guy. There is a lot of chemistry that goes into producing a high quality liquor. I won’t begin to try to explain it here, so you’ll just have to trust me.

Craft beer has become so popular in South Carolina, it leans toward trendy at this point. Don’t get me wrong – I love it. I love that Columbia now has three breweries and a growler shop all within the city limits. Now in addition to some tasty brews, Columbia also touts its first (and first class) distillery.

When you walk into Copper Horse, just behind Stronghold Gym on Huger Street, the first thing you notice is the equipment. It reminds me of something out of Willy Wonka and the Chocolate Factory. It is by far the most exquisite piece of machinery I have ever encountered, and you can bet it has a hefty price tag to prove it.

The biggest difference in opening a distillery and opening a brewery is that it’s legal to brew your own beer. You can hone your craft and your recipes at home before making the investment to open up shop. Liquor, however, cannot be legally distilled without federal regulation. You’re in this business or you’re out…or you’re breaking the law.

This is one reason you don’t see as many distilleries as you do breweries. The investment to get started is a cool seven figures, and you have to just hope you’ll be good at it once you do get up and running. It’s a highly regulated, extremely competitive business. Although someone might think it sounds like a “cool” job, at the end of the day when the mystique of being in the liquor business wears off, it’s a hard labor, manufacturing gig.

One has to wonder why anyone goes into this business with the high risk, high investment and high market saturation out there.  For Baker, it’s his art form. He is so passionate about what he does and it definitely shines through in the end product.

Right now Copper Horse is only producing high quality vodka, although a batch of bourbon is currently barreled and aging and will be ready in about 2017. As a vodka drinker, I can tell you that Copper Horse is on par with some of the most recognizable brands you can think of. It’s smooth with a nice finish and lacks that strange aftertaste that some lower end vodkas are known for.

Copper Horse is unfiltered, grain-to-bottle vodka made from the highest quality corn and grain sourced from Adluh Flour Mill, less than half a mile away. It doesn’t get much fresher than that. It is by anyone’s standards “small batch vodka”, although you won’t see that on the label. “Small batch” is really just a marketing term, and in no way regulated by the authorities.

Copper Horse vodka is now available at Greene’s, Morganelli’s and several other package stores in the midlands, Sumter, Rock Hill and beyond. It’s available at a growing number of restaurants in Columbia, including Bourbon on Main Street and Motor Supply Co. in the Vista. It’s becoming more widely available every day, so if you don’t see it on the menu, behind the bar or in your local liquor store – just ask for it!

Next month, Copper Horse will release a line of cream whiskey liqueurs. I had the chance to taste some while visiting the distillery, and now I can’t wait to get my hands on a bottle! There will be three flavors available, all derived from Baker’s family dessert recipes; Pecan Praline, Salted Chocolate Truffle and a rotating seasonal flavor. The first seasonal flavor, coming out December 1st, will be Red Velvet Peppermint.

The distillery is open for tours and tastings, mostly by appointment. Right now they’re open to the public on game days, when the Gamecocks are playing at home. You can stop by and purchase up to three bottles per person, as regulated by federal law, and if Baker is around he is happy to give you a tour and a sample.

Copper Horse vodka will be available for sampling at two upcoming events. First up, The Great American Whiskey Fair on October 16th at 701 Whaley in Columbia, and then at Bovinoche on October 18th in Ridgeway, SC.  Much like wine and beer, liquor is very subjective – so of course I recommend that you try it for yourself.