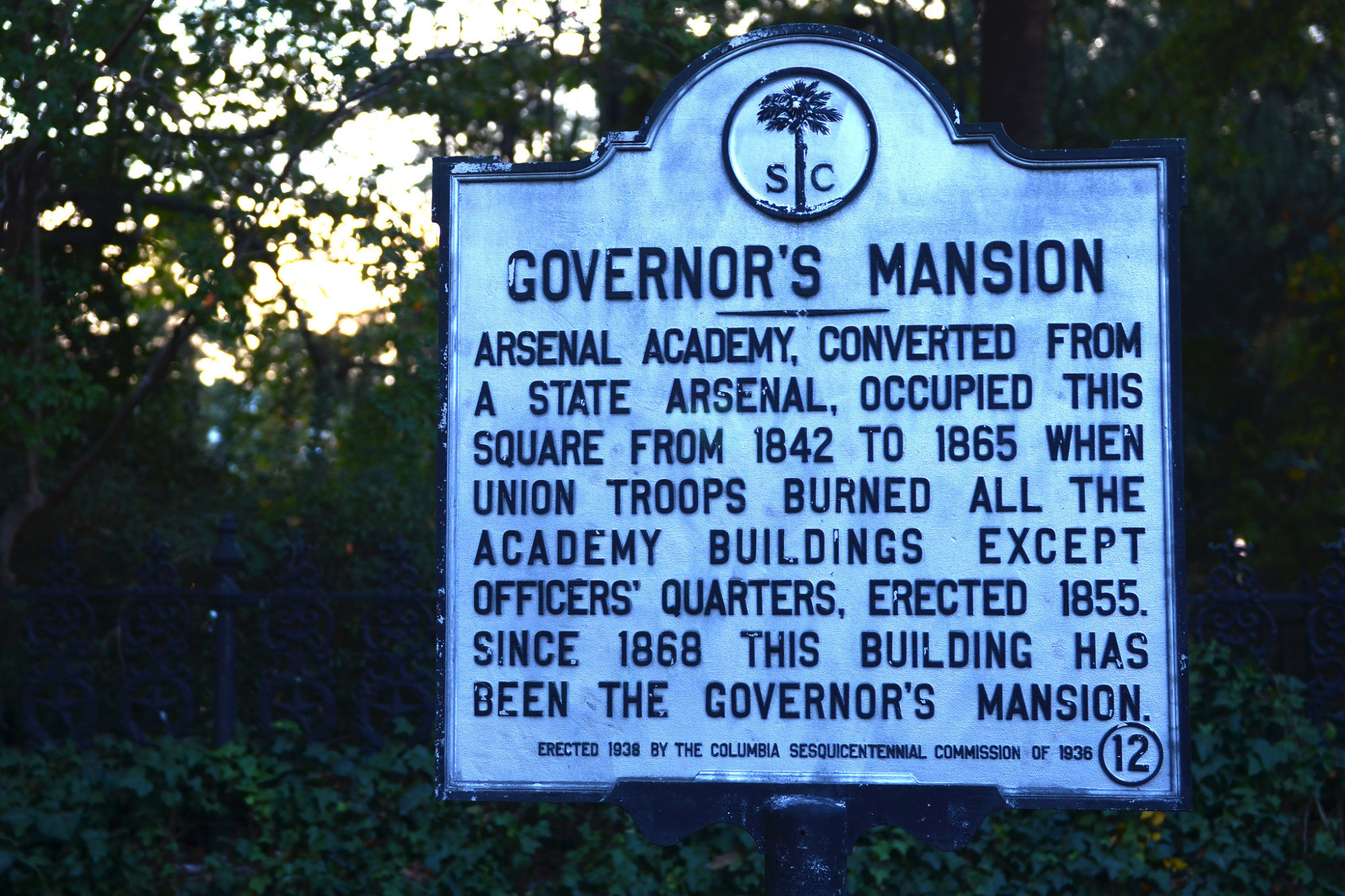 POOL PARTY AT THE MANSION …

S.C. governor Henry McMaster hosted the South Carolina Sheriffs’ Association to a private event at his taxpayer-provided mansion earlier this week – and sources familiar with the gathering tell us things got a bit “frat-tastic.”

Toward the end of his speech to the Sheriffs (and their dates), McMaster – who has been under fire for his relations with law enforcement – offered $100 to the first party guest who jumped into the mansion’s swimming pool.

No one took the plunge, sadly …

Gubernatorial spokesman Bryan Symmes, as is his custom, did not respond to our request for comment regarding the statements.

Obviously this isn’t the first time McMaster has drawn scrutiny for his “Fraternity Row” antics.

In 2001, during his tenure as chairman of the S.C. Republican Party, McMaster and then-Democratic party chairman Dick Harpootlian had an interesting debate in front of a group of high school students over the best way for them to spend up to $4,500 in lottery-provided scholarship funds.

“That can buy a lot of beer and girls,” Harpootlian said.

McMaster, in a rare moment of spontaneous creativity, responded that “Democrats are for beer and girls (but) Republicans are for cold beer and hot girls.”

The 2001 incident probably wouldn’t have drawn much attention had it not occurred just days before the release of a controversial “Men’s Caucus” memo – rumored to have been authored by embattled S.C. Rep. Jimmy Merrill.

According to the overtly sexist memo, female House pages were instructed to wear skirts “no longer than four inches above the knee” and told they would “receive additional merit pay for economizing and saving valuable materials used in blouse construction.”

Merrill has never claimed authorship of the memo.  Of course he’s got much bigger problems now – namely a thirty-count indictment tied to the same ongoing anti-corruption investigation that is threatening to bring down McMaster’s longtime political Svengali, neo-Confederate “Republican” Richard Quinn.

McMaster has stuck with Quinn through the scandal – saying he intends to continue working with him.

Do we care that McMaster is a 1970s-era frat boy doubling as the state of South Carolina’s chief executive?  No, not really.  We intend to judge him by his record of protecting taxpayers and improving outcomes for the citizens of the Palmetto State, period.

So far that record is a mixed bag (although he’s got a big decision due this week that will dramatically impact our view on both of those fronts).

Also, last time we checked our founding editor Will Folks was the last person on the planet in a position to cast stones regarding questionable conduct in (or around) the S.C. governor’s mansion pool – or for that matter several other locations on the mansion grounds.