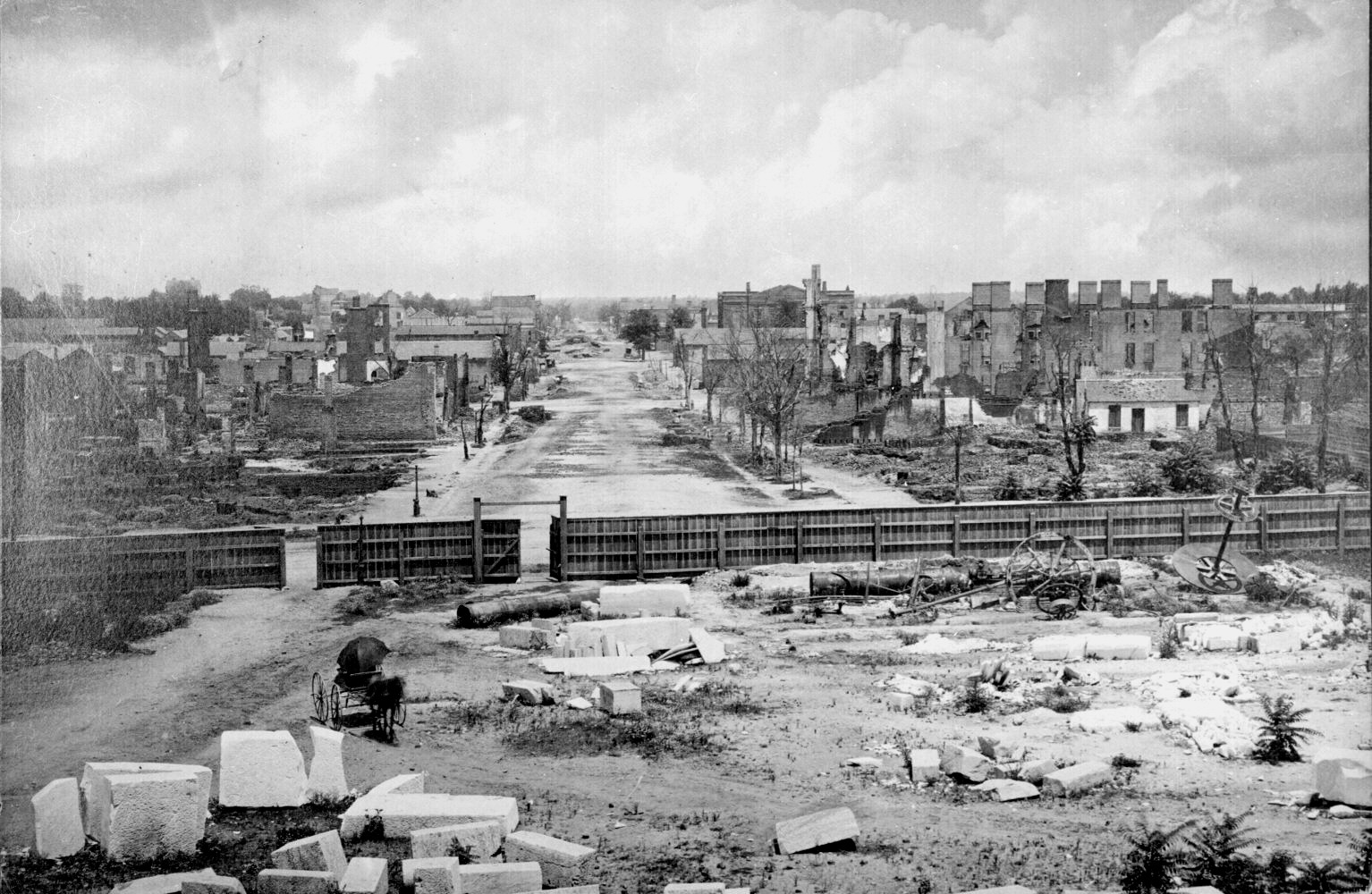 On this day in 1865, Union forces under the command of major general William Tecumseh Sherman captured the city of Columbia, S.C. – and burned a sizable portion of it to the ground.

In his 1999 book Lies Across America, author James W. Loewen disputes this version of history – the one that’s still plastered on monuments all over the Southern city.  Citing research by historians Marion Lucas and James Rhoads, Loewen concludes that the main fire which destroyed roughly a third of the city was accidental – the result of wind rekindling cotton fires set previously by retreating Confederate troops.

In fact according to Loewen’s account, union troops actually helped to contain the conflagration.

As evidence, the site refers to an entry in Sherman’s journal in which he acknowledges framing Hampton for the blaze.

“In my official report of this conflagration I distinctly charged it to General Wade Hampton, and confess I did so pointedly to shake the faith of his people in him, for he was in my opinion a braggart and professed to be the special champion of South Carolina,” Sherman wrote.

The site also quotes an account in which one of Sherman’s commanding generals – Oliver Otis Howard – stated that “it is useless to deny that our troops burnt Columbia, for I saw them in the act.”

It also quotes The (Columbia, S.C.) State newspaper – which concluded a century later that “responsibility rested upon Sherman and his men.”

Indeed Union troops did set several fires during their occupation of Columbia – most notably the destruction of the Gibbes House. But were these fires responsible for the larger blaze that consumed so much of the city? Or did that larger blaze originate from the cotton fires set by Confederates?

We may never know for sure, although the damage to these landmarks is obviously not up for debate …

What else is likely to remain a mystery? How much of Columbia was actually burned …

The S.C. Confederate Relic Room and Museum claims that more than eighty percent of the city was destroyed, although Loewen refers to this government-funded entity as “the least accurate museum operated by a state government anywhere in the United States.”

Don’t get us wrong: This website is by no means sympathetic to the federal government … then or now. Don’t believe us? Look no fruther than the fact we have seriously entertained secession (although not the sort that precipitated the “late unpleasantness,” mind you).

Past or present ideologies aside, the historical question simply fascinates us …

What do you think? Cast your vote in our poll and post your thoughts in our comments section below …

SC Educrat Scam: Move Along, Nothing To See Here