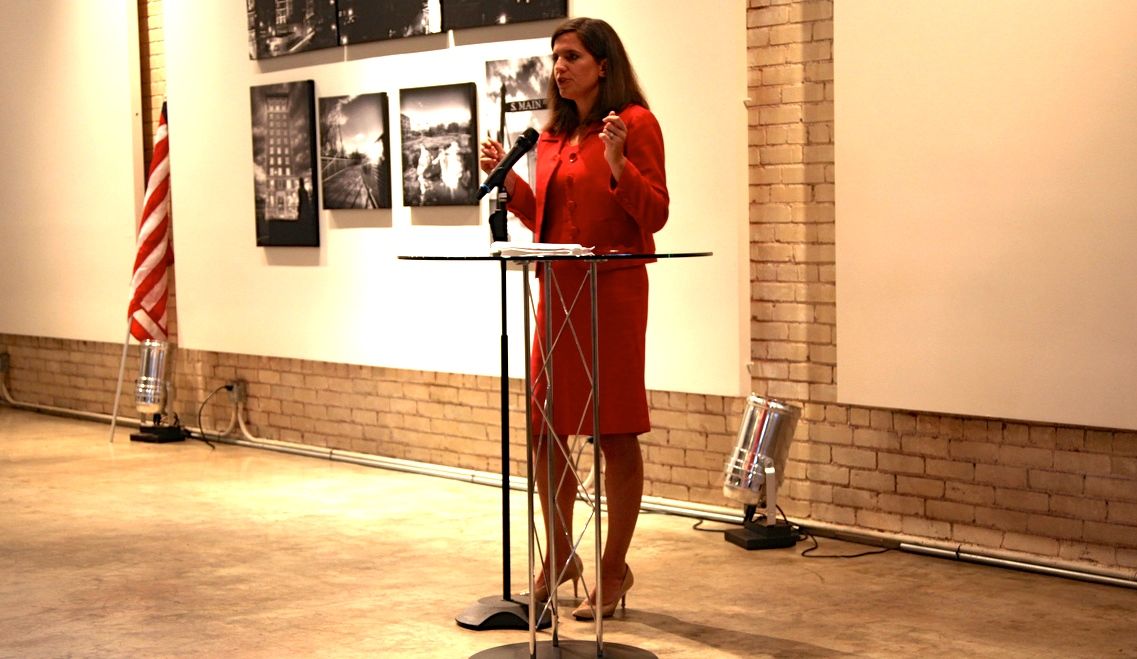 The nightmare scenario for liberal U.S. Sen. Lindsey Graham (RINO-S.C.) involves one of his primary challengers gaining fundraising traction – and then convincing pro-free market groups to throw their millions in behind them.

Graham has raised $7 million for his 2014 reelection bid (special interest whore that he is) – with millions more likely to flow in GOP establishment money. However there is potentially as much as $5 million in “anti-Graham” money out there, waiting for the right “anti-Graham” to emerge.

And a credible challenger wouldn’t have to match Graham dollar-for-dollar … they just need enough to keep things competitive.

Will Charleston, S.C. businesswoman Nancy Mace be that candidate? The first female graduate of The Citadel military college is certainly positioning herself to be on the fundraising front.

“The first few weeks of the New Year have been exciting!” Mace wrote this week in an email to supporters. “More than 5,000 individuals helped us raise about $385k in 2013 and today we are well over the $400,000 mark. Additionally, more than 6,000 patriots have joined our team on the path to victory, we’re opening our first campaign headquarters next month, and we took part in the first couple of debates of the cycle. I am thrilled at the positive feedback and energy from conservatives all over the Palmetto State!”

If the numbers contained in Mace’s email match the ones she files with the Federal Election Commission (FEC) later this week, it will represent a very impressive fundraising haul for a first-time candidate – one that could (if Mace can maintain momentum) possibly lure much bigger dollars off of the sidelines.

“They’re looking for someone with a foundation, someone with a trajectory,” one national operative told FITS, referring to the various groups eager to oust Graham.

Connor? He was a late entry to the race and will file his first fundraising report this week.

Will Anybody Watch Obama?