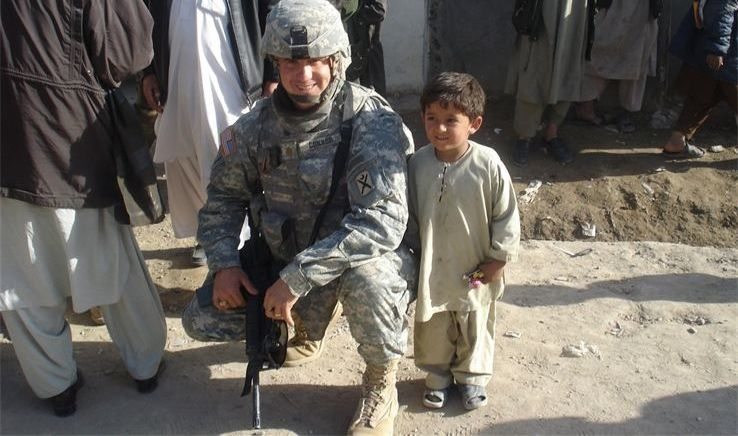 A candidate for the United States Senate in South Carolina says Barack Obama has destroyed America’s “war ethos” and that our nation’s military is “losing” because Jesus Christ is no longer at its head.

Bill Connor – whose multiple combat tours represent pretty much the extent of his political sales pitch – is hoping to rally both evangelicals and military supporters in the God-fearing, Army-loving Palmetto State as he campaigns against U.S. Sen. Lindsey Graham and three other Republican candidates for the Senate.

“If we don’t have a war ethos – (if) we don’t have young men going face-to-face to possibly stick a bayonet in someone to protect you and me, we’re toast. We’re gone,” Connor told a meeting of Tea Party supporters in Aiken, S.C.

“We’ve got all the technology in the world and we’re losing that because we’re taking Christianity out of the military,” Connor added, according to The Aiken Standard.

We’ve obviously got a different view on the issue of American military involvement around the world – specifically the definition of “protecting you and me” – but Connor’s comments strike us as extremely dangerous.

It’s bad enough we have politicians like Graham who urge ill-conceived interventionist foreign policies because they are hopelessly beholden to the military-industrial complex – but it’s religious nuts like Connor are every bit as dangerous.