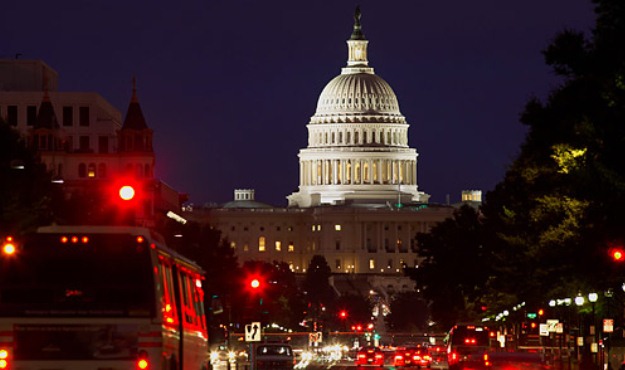 Washington, D.C., Wall Street, and central bankers around the world rejoiced this week as Congress came to an agreement to end the government shutdown and lift the debt ceiling. The latest spending-and-debt deal was negotiated by Congressional leaders behind closed doors, and was rushed through Congress before most members had time to read it. Now that the bill is passed, we can see that it is a victory for the political class and special interests, but a defeat for the American people.

The debt ceiling deal increases spending above the levels set by the “sequester.” The sequester cuts were minuscule, and in many cases used the old D.C. trick of calling reductions in planned spending increases a cut. But even minuscule and phony cuts are unacceptable to the bipartisan welfare-warfare spending coalition. The bill also does nothing to protect the American people from the Obamacare disaster.

As is common in bills drafted in secret and rushed into law, this bill contains special deals for certain powerful politicians. The bill even has a provision authorizing continued military aid to opponents of the Ugandan “Lord’s Resistance Army,” which was the subject of the widely-viewed “Kony 2012” YouTube videos. Most of these unrelated provisions did not come to public attention until after the bill was passed and signed into law.

Members of Congress and the public were told the debt ceiling increase was necessary to prevent a government default and an economic crisis. This manufactured fear supposedly justified voting on legislation without allowing members time to even read it, much less to remove the special deals or even debate the wisdom of intervening in overseas military conflicts because of a YouTube video.

Congress surrendered more power to the president in this bill. Instead of setting a new debt ceiling, it simply “suspended” the debt ceiling until February. This gives the administration a blank check to run up as much debt as it pleases from now until February 7th. Congress can “disapprove” the debt ceiling suspension, but only if it passes a resolution of disapproval by a two-thirds majority. How long before Congress totally abdicates its constitutional authority over spending by allowing the Treasury permanent and unlimited authority to borrow money without seeking Congressional approval?

Instead of seriously addressing the spending crisis, most in Congress would rather engage in last-minute brinksmanship and back room deals instead of taking the necessary action to reign in spending. Congress will only take serious steps to reduce spending when either a critical mass of Americans pressures it to cut spending, or when investors and foreign countries stop buying US government debt. Hopefully, those of us who understand sound economics can convince enough of our fellow citizens to pressure Congress to make serious spending cuts before Congress’s reckless actions cause a total economic collapse.