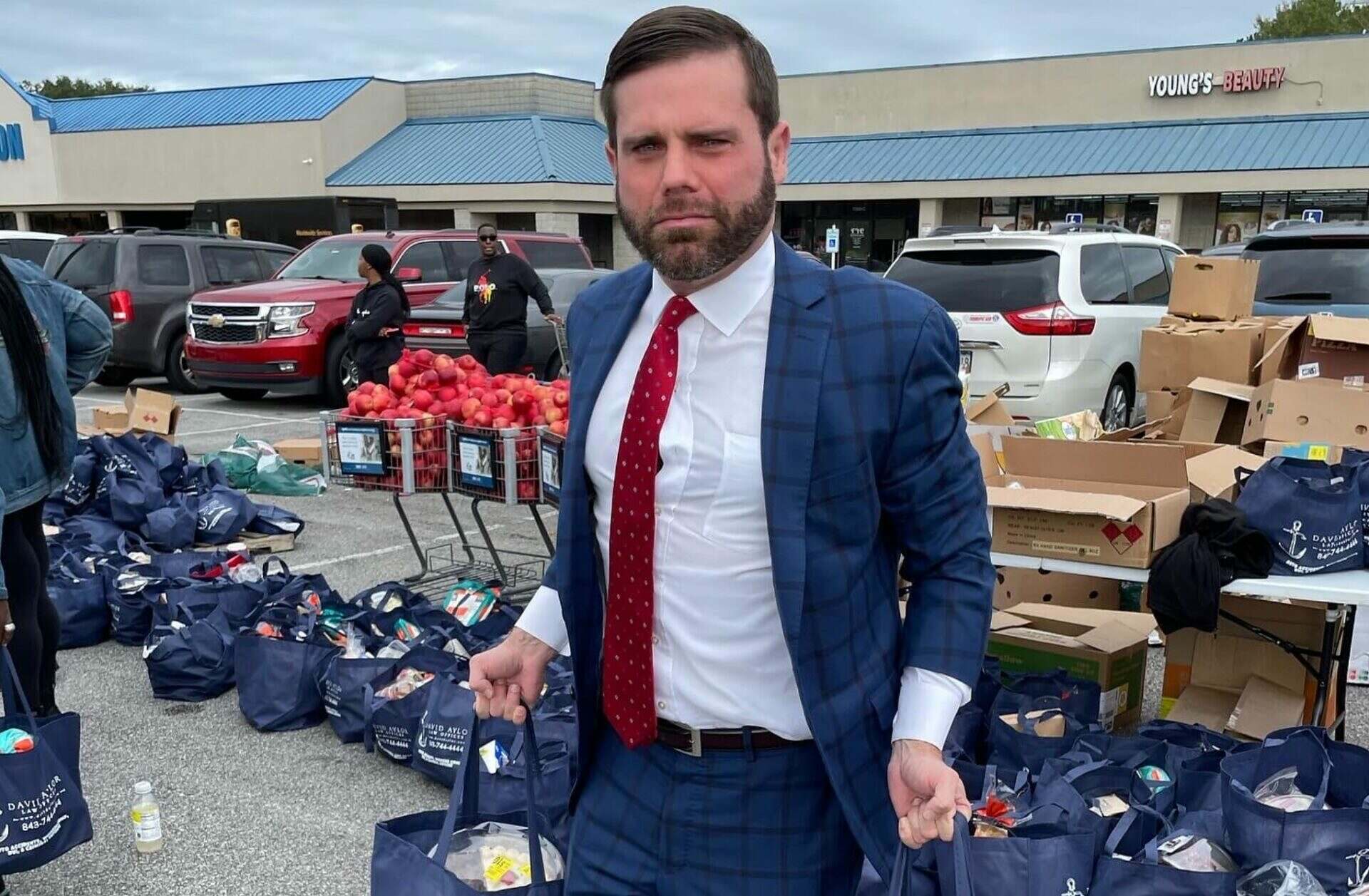 Prominent Charleston, South Carolina attorney David Aylor – one of the Lowcountry’s best-known and most successful lawyers – was found dead in his home in the Holy City this morning, multiple sources have confirmed to this news outlet.

Aylor, 41, was reportedly found non-responsive in his bed at 25 Lowdnes Pointe Drive by a roommate.

A search warrant has reportedly been issued in connection with his passing, which would indicate his death is under investigation. Sources familiar with this inquiry say there were no “initial signs” of foul play, and that the warrant is routine in such cases.

A political science graduate of the College of Charleston, Aylor put himself through law school at the University of South Carolina by working as a bartender at The Back Porch. Palmetto politicos will recall this establishment – which served as a home base for the influential “Quinndom,” arguably the most powerful political empire the Palmetto State has ever seen.

Aylor briefly represented the patriarch of the “Quinndom” – veteran GOP strategist Richard Quinn – during the high-profile ProbeGate investigation into corruption at the S.C. State House.

Last month, Aylor scored a huge win after federal prosecutors announced he would not face sanctions – or receive a public reprimand – after mishandling sealed documents related to an ongoing drug investigation. These documents – left unattended by one of Aylor’s attorneys at the Al Cannon detention center – disclosed the names of federal employees and witnesses, inviting threats against them after they were posted online.

UPDATE: Cause of Aylor’s death could take months to determine.

Sources: Lee Bright Will Run For US Senate

This is disgusting journalism. You should be ashamed. You know the network this man has and some people who loved him are going to find out by reading this article.

How dare they report news.

Well David was for attention and just money and had a big drug addiction. Let’s not act like it’s not true. David has had multiple drug charges personally that has been hidden under the rug for his use. Did any of yall tell him to quit using before

Well David was for attention and just money and had a big drug addiction. Let’s not act like it’s not true. David has had multiple drug charges personally that has been hidden under the rug for his use. Did any of yall tell him to quit using before. And the sad part is most of the people commenting was also in his his drug circle. Cut it out please

Figured it was drug related . Sounds like a possible heart attack due to amphetamine abuse .

Don’t recall him being busted for drug use prior to this !

What was he busted for ?

This article needs to be taken down immediately how dare you list an address!

I agree! This is insane!

It’s public info which is available for anyone wanting to find the info!! Cmon now, yall aren’t aware of technology and the beauty of the internet and public records including the property records tied to names that want to find and don’t even need PI or law practice for access!!

This is a disgusting way to report someone’s death! You should be ashamed! David rest well! You will truly be missed my many! You were loved by many! I’m going to miss seeing your smiling face and you giving me a big hug everytime I you see me!

How can you possibly even consider posting an article of this nature given the circumstances. Publicly posting someones home address in this scenario should be a fireable offense. So nasty what and how you have chosen to write, just purely for attention and profit.

You are so loved David. The impact you had on everyone in your circle is so special. FitzNews will regret this one.

Will you know the drill. A reader says your reporting news should be a fireable offense, so now you have to fire yourself. ???

Well David was for attention and just money and a big drug addiction. Let’s not act like it’s not true.

You must new here .
Folks readers pay for trash .

I find nothing wrong with the reporting here.

My younger brother works as an attorney for David. So this is very tragic. I will be praying for his family and for all the employees at his firm.

a public figure died, its very sad but its also obviously newsworthy, i doubt this is the only media outlet reporting this event, sheesh

But only this scumbag site is saying anything negative and speculative about him. Everyone else is reporting a well-known attorney died, his credentials, that he went to CofC and USC Law, etc. But not this dirtbag. He’s smearing him before his body is even cold.

Per usual, scumbag tabloid “journalism” from this site. If you had a soul, you should be ashamed of yourself, Will Folks, but we know you don’t. Bottom feeder reporting. You’re the official “Enquirer” of SC, but I’m sure you take that as a compliment.

Gave address,but he don’t “live” there any longer. Plus the “room mate” gonna need someone to split the utilities with.

What’s up with that? Why does a successful 40-something attorney have a roommate? Maybe girlfriend? Or boyfriend? Or hooker?

David rest easy brother. also this is shit journalism. will folks you could’ve omitted a few topics from this article you sorry ass shit bag.

Well David was for attention and just money and a big drug addiction. Let’s not act like it’s not true.

Aylor is the second downtown attorney to die unexpectedly in 30 days. The first ended up being an accidental overdose. Did they run in thr same circle?

Are those facts? None that I know of .

Who was the other?

Who was the other to die?

No problem with FitsNews reporting news. That’s what reporting of the death of a prominent person is. News! I didn’t know there were so many woke readers here. Not a thing wrong with the article.

How many of these “How dare you” comments were written by the same person? Kinda sussy on those timestamps.

Simple Question, Was he vaccinated and when was his last booster?

I asked a similar question and posted a link to a video released on Rumble a while back, “Died Suddenly”, about unusual “clots” undertakers are finding in cadavers since 2021. I guess the link got my post “flagged for review” but Fits has not seen fit to restore my post. Apparently Fits does censor comments and ideas. For a while, I thought it was heathens at Disqus doing it, but they have no control over this board.

If it was Just a Well Know person this would be Reported! Seems the only ones Complaining are Women!! Wonder what their Beef is?

One less lawyer? What’s the problem?

What a rookie move , Always sleep on your side . Sheesh i learned that at 13 drinkin’ ol’ dads cutty sark

you would have to do a lot of drugs to defend scum . whatta life

Was this picture taken at a contest to see how many suit sizes smaller than your actual size you could fit in to?

David was a liar and a crook. Robbed me for $25,800 on a case that was a slam dunk win. But he tanked my case and pretty much came to court as a prosecutor along with his 4 helpers. Then I find out he yanked my case so he could get back to Charleston and get ahead of the article that came out about him giving info to inmates. He says he has an office in Greenville. Total lie!! Now I’m a convicted felon for a friends stupidity. I still haven’t gotten all the info I’ve requested from his office and filing an appeal is harder than it seems.