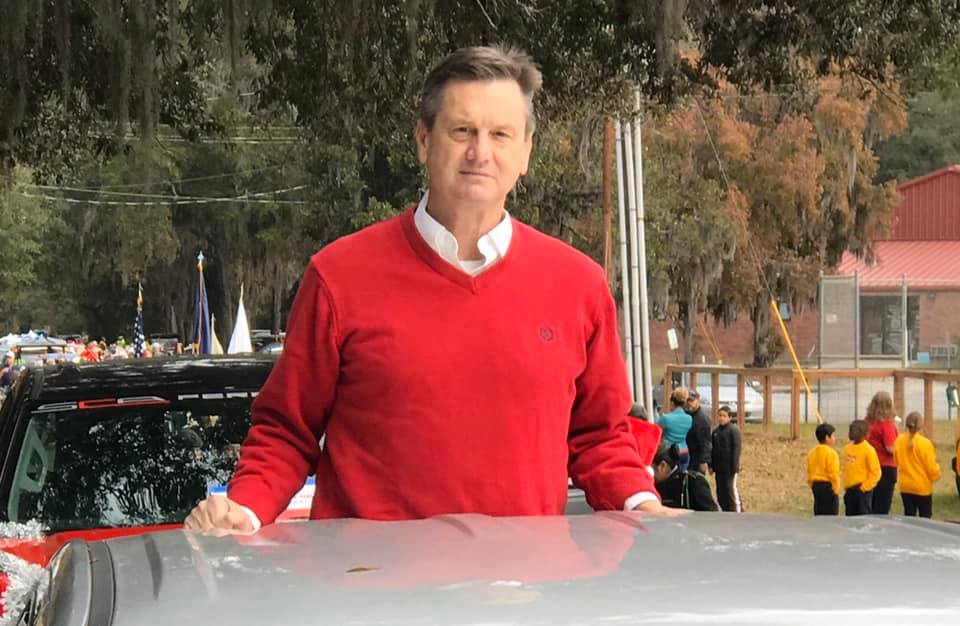 According to a media release from Davis’ attorney, Alexandra “Ally” Benevento of the Columbia, S.C.-based Strom Law firm, Davis was ticketed by the officer over an hour after he pulled his car into a parking lot to avoid driving after he departed from “a social gathering where alcohol was consumed.”

“Davis recognized he should not be driving,” the statement noted. “In an effort to be safe and responsible, he pulled his vehicle into a nearby parking lot, disengaged it and sat in it for over an hour.”

“I am ashamed and embarrassed by what happened last night and I want to say I’m sorry to my family and to my constituents,” Davis said. “ I’m not going to deflect or excuse this mistake. Instead, I am going to learn from it and move forward with a greater sense of responsibility.”

According to the statement, Davis “cooperated immediately and completely with the officer.”

Law enforcement sources familiar with the incident confirmed that account, describing Davis as a “perfect gentleman” during the encounter.

“Senator Davis has the utmost respect for law enforcement and is appreciative of the difficult, and often thankless job they do,” Benevento said. “His encounter with the officer yesterday was respectful and cordial. Even in the midst of a mistake, he made the responsible choice not to drive. He did the right thing – and he continues to do the right thing by admitting his mistake, taking responsibility and cooperating with this process.”

“It’s never easy to admit when we’ve made a mistake, but it is a sign of integrity and good character when we immediately accept responsibility, show humility and make changes,” Benevento added. “Senator Davis has shown himself to be a man of integrity by doing just that.”

That’s true. And one certainly doesn’t have to look very far to find examples of Palmetto State politicians who made vastly different choices in similar circumstances.

“I look forward to the opportunity to prove to my family and my constituents that I have learned from this mistake,” Davis concluded.

The Numbers Are In: South Carolina Black Voters Stayed Home In 2022

Prioleau Alexander: Can You Handle The Truth?

Question: If Davis was sitting in his car, minding his own business, not driving, not causing a disturbance; then WHY did the cop feel the need to f with him? This has nothing to do with whether or not I like or dislike Davis or his policy, just common sense. Was Davis attempting to drive off or doing some other act that created a need for police intervention? If not, this is what some call “earning the hate”, IMHO.

Additionally, what do they mean that Davis was “ticketed”? Usually, if it is felt that the safety of an intoxicated person and/or the public warrants police intervention, they arrest and jail the intoxicated person for four hours or until the intoxicated person is sober, whichever is longest. If an arrest and incarceration occurs, usually a SC Uniform Traffic Citation is issued in lieu of the officer obtaining a warrant? Was saying that Davis “was ticketed” just a euphemistic way of noting the arrest, or was Davis literally just issued a ticket for giving the appearance of having too much alcohol and/or other substance in his system while minding his own business and presenting no apparent harm to himself or others by an overzealous revenue collector of The Lexington Police Department?

There is a mugshot for his arrest so clearly there is more not being told. You dont mugshot people for a “ticket”. Typical of lawyer/legislators……

The spin from his attorney suffers from over-kill and rings insincere.

No doubt he will go before a magistrate he helped elect in the broken SC backscratching judicial election system. Just another lying lawyer/legislator at the end of the day……

If Senator Davis was just sitting in his car not attempting to drive away, I was a COP in S.C. for more than 40 years unless a new law has been enacted in this state there is NO law that states that in itself is illegal. Now, if the Senator had got out of the car and was walking away and was still intoxicated that also is illegal. However, the story the story does NOT say that.

I was always told that if an intoxicated person is sitting in their car, engine running, transmission in PARK, that you can charge them with DUI, even if they are sitting in a parking lot, parked in a space. To me, that is and always was a chickensh*t case. I never did that to anyone. If they are responsible enough to park it and wait until they sober up, why do this? We usually have very warm to hot, or chilly to cold weather in this state. I do not begrudge them running the engine to stay comfortable and maybe listen to the radio. Just because you “can” do something, it doesn’t necessarily mean you should.

Probably had a choice
DUI or Public Drunk

I thought even if the car was not moving or running, if you were sitting in the driver’s seat, you would still be arrested for dui. The whole story doesn’t make a lot of sense. Hopefully nothing is being covered up.

Wow this sounds like Senator Davis was Targeted. Public Intoxication. Not DUI. So either we are missing something or it’s against the law to park in a parking lot to sober up rather than drive. WTH. Call a cab for the man. If the car was in a private parking lot have it towed. Done. I had no idea this was illegal ??

“Davis was ticketed by the officer over an hour after he pulled his car into a parking lot to avoid driving after he departed from “a social gathering where alcohol was consumed.”

How far did he drive under the influance before pulling into the parking lot? If he was still drunk an hour later, he must have been plastered while driving to the lot.

Depends. In some cases, it is possible to consume “too much” alcohol, but it does not fully take effect until minutes or an hour or so later. BAC can gradually rise for some time after the last drink was consumed. He may not have been feeling the full effect of his drinking when he left the gathering and may have been legally and otherwise fine to drive when he first hit the road. As he continued driving, it is possible that he began feeling the effects more and more and did the responsible thing by pulling into a parking lot, rather than continuing on. If such was the case, I say he should be praised rather than condemned for making the responsible choice.

Not buying the he was not drunk when he left the party defense. He was driving plastered for some period of time.

Could have been much worse .