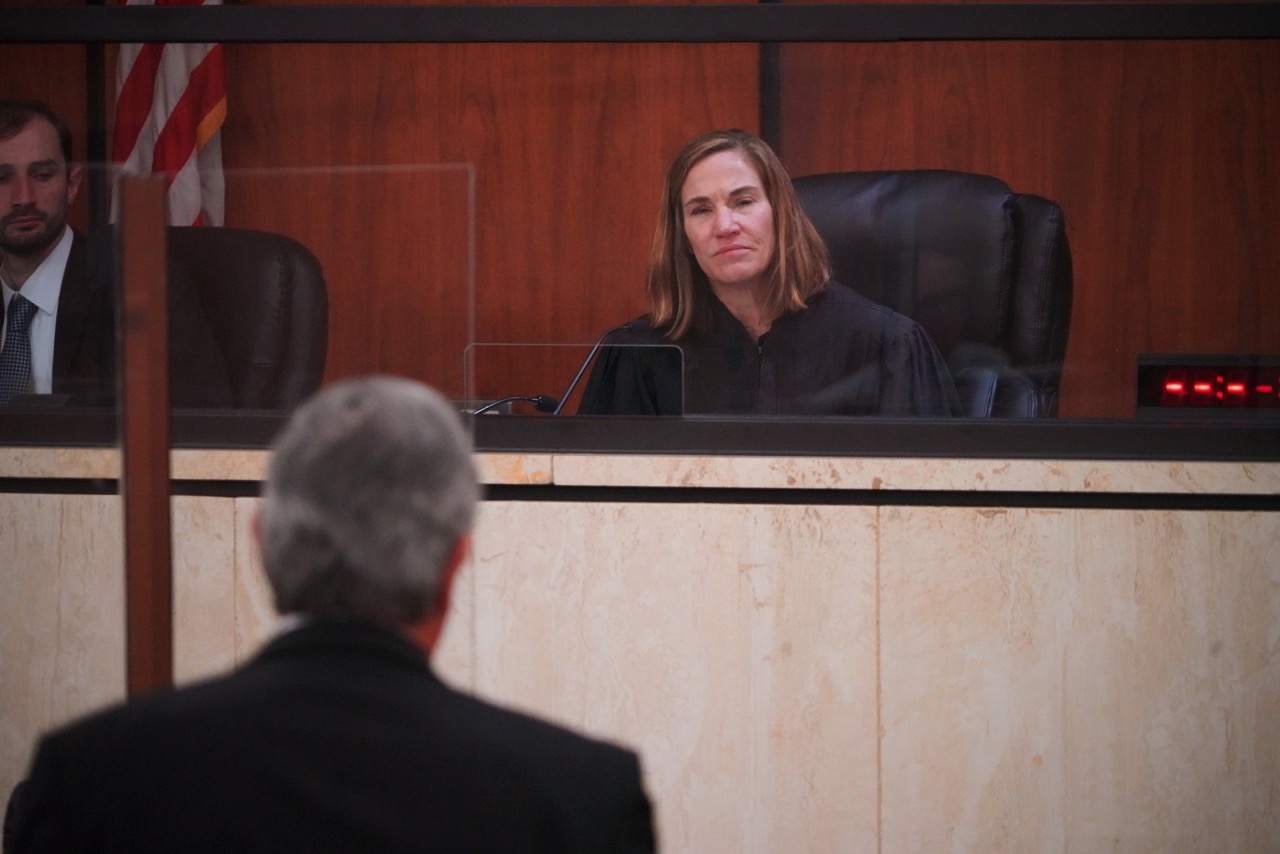 Or … maybe she’s just not trying.

The embattled judge – whom I have called out in no uncertain terms – found herself embroiled in yet another controversy last week when she (belatedly) presided over a hearing tied to the ‘ProbeGate’ saga.

For those of you uninitiated, ProbeGate was a criminal investigation into the political empire of 77-year-old Richard Quinn Sr., a “Republican” strategist who amassed unrivaled power and unprecedented influence in the Palmetto State over the past two decades. His empire – known as the “Quinndom” – collapsed when its stable of pay-to-play GOP politicians became the central focus of an investigation into influence peddling on behalf of wealthy special interests at the S.C. State House.

Unfortunately, the investigation failed to hold any of the corporate entities involved in the pay-to-pay scandal accountable. Nor – for awhile, anyway – did it zero in on the man accused of being the mastermind of the operation.

That changed in April 2019 when Quinn Sr. was charged with perjury and obstruction of justice in connection after he allegedly lied to grand jurors about his role in the scandal. His indictment came just two weeks after my news outlet exclusively reported that he had fallen into a possible “perjury trap” during his April 2018 testimony before a statewide grand jury.


Quinn is accused of lying to the grand jury about payments and kickbacks made to multiple politicians in his former network – and about money his son received from his consulting firm. He is also accused of lying about political work he performed for elected officials during the course of the investigation – including work for S.C. attorney general Alan Wilson.

S.C. first circuit solicitor David Pascoe was originally responsible for overseeing the criminal cases against the Quinndom, but in March 2021 the attorney general referred all remaining criminal cases connected to ProbeGate to S.C. seventh circuit solicitor Barry Barnette. That referral followed a supreme court ruling over disputed prosecutorial powers in the investigation.

Mullen has been the judge in the ProbeGate case from the beginning – utterly failing to distinguish herself by doling out exceedingly lenient sentences and engaging in all manner of inappropriate ex parte communications.

For these reasons, I called on her to recuse herself from the investigation in early 2018 – which she refused to do.

Since ProbeGate, Mullen has landed in hot water for her proximity to the public corruption component of the ‘Murdaugh Murders’ crime and corruption saga. Those alleged indiscretions prompted Pascoe to accuse her in a formal complaint (.pdf) of “an unremitting pattern of improper activity that merits close examination” and of “misconduct … which has impugned the integrity of the judiciary.”


It is important to note Mullen is a political animal – one who clearly possesses a well-honed an instinct for survival. Her husband – Hilton Head, S.C. attorney George E. Mullen – has contributed thousands of dollars to the campaigns of ethically challenged S.C. lawyer-legislator Luke Rankin, who currently serves as chairman of the powerful S.C. Judicial Merit Selection Commission (SCJMSC).

For those of you unfamiliar with this notoriously corrupt process, that’s the panel controlling which judges – and judicial candidates – get to appear on a legislative ballot for election each year.

In addition to his starring role in appointing – or removing – Palmetto State judges, Rankin is also a longtime client of “the Quinndom.”

Given these conflicts, why has Mullen not recused herself from this case? Also … why did she wait nineteen months to arraign Quinn on the charges Barnette filed against him in May of last year?

“Very bizarre and unprecedented,” one prosecutor told me.

While the case against Mullen is clear, Quinn Sr.’s attorney – Cindy Crick (above) of Greenville, S.C. – did an admirable job challenging the legitimacy of the current case against her client. At Friday’s hearing, Crick argued the indictments leveled against Quinn Sr. last May were “corrupt” thanks to the S.C. supreme court’s 2021 decision in South Carolina v. Harrison (.pdf) – a case which retroactively limited Pascoe’s prosecutorial authority with respect to ProbeGate.

Based on that ruling, Crick claimed Pascoe had no legal standing to pursue certain ProbeGate indictments – or to subpoena Quinn, Sr. to appear before the statewide grand jury.

She also noted Quinn Sr. was immune from prosecution given an agreement reached with Pascoe to provide testimony against other targets of the investigation. This broad agreement was cited in detail by Crick, who expressed incredulity that Pascoe would have extended such a far-ranging offer.

“It’s crazy – it is hard to wrap your mind around but that’s what he agreed to,” Crick said.

“(The indictment) should be quashed,” Crick continued. “If we allow a trial to go forward on the basis of testimony that was obtained in violation of a plea deal – by a prosecutor who lacked the authority to bring the charges – then God help us.”

A key point? While Pascoe’s office issued the subpoena, he wasn’t the one who ordered Quinn to testify before the grand jury – it was Mullen.

In April 2018, Mullen presided over a hearing during which Quinn’s former attorney – Debbie Barbier of Columbia, S.C. – tried to block his testimony.

“We’re not going to quash the subpoena,” Mullen said at the time. “He is going to testify next week.”

I reached out to Pascoe earlier this week to get this thoughts on the latest legal wrangling tied to this case – including Mullen’s claim that his investigation was an “unbridled check with no oversight.”

“Richard Quinn is presumed innocent of all charges,” Pascoe told me. “I don’t pay much attention to defense attorneys because they get paid to make overzealous comments and aren’t held to the same ethical standard as prosecutors or judges to ensure candor over hyperbole. If Mullen said what you claim, it’s an unfortunate mistake and I’m sure Solicitor Barnette straightened it out on the record.”

Did he, though? I am in the process of reviewing the transcript from last week’s proceedings and have not found such a correction.

Will Barnette “straighten it out” in a subsequent filing? We shall see …

But that leads us back to the root of the problem: All of these issues are being decided by a judge who is clearly conflicted in this case, clearly biased in favor of the defendants and – in the view of this scribe – clearly unsuited to sit on the bench.