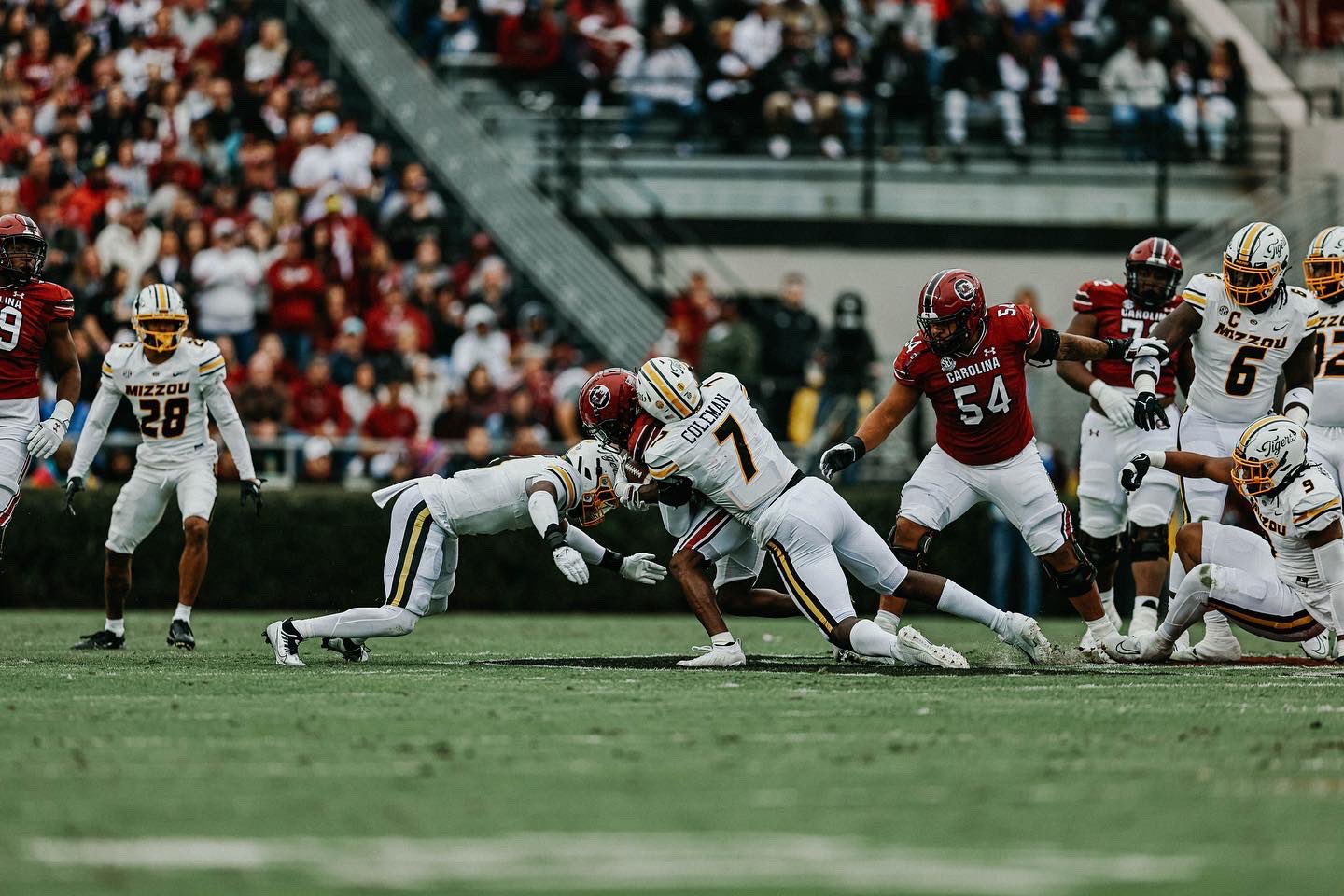 Satterfield’s offense now ranks No. 98 nationally (out of 131 FBS programs) with only 127.5 rushing yards per game. Unfortunately, the Gamecocks’ passing game under Rattler isn’t picking up the slack – averaging only 225.4 yards per game (No. 83 nationally).


All told, South Carolina’s 352.9 yards per game in total offense rank No. 99 nationally – meaning the chronic offensive woes which have plagued this program since Steve Spurrier departed seven seasons ago remain unresolved.

Former head coach Will Muschamp could never figure out how to generate consistent offense in Columbia during his five years in Columbia, S.C. – and it cost him his job.

Beamer? He is two-thirds of the way through his second season and hasn’t figured it out, either …

As I noted in reporting on South Carolina’s latest abbreviated national ranking, “how well the Gamecocks finish the season will be determined in no small part by whether Satterfield and Rattler are able to find (and maintain) some sort of rhythm on offense.”

They found nothing of the sort against the Tigers … resulting in the Gamecocks losing their fourth in a row against a team which hasn’t posted a winning record during that streak.

Boos rained down on the discombobulated offense from a deflated sellout crowd at Williams-Brice Stadium – with Satterfield’s performance as coordinator universally panned.

“South Carolina struggles pre-snap; they don’t identify free rushers or check out of plays at the line of scrimmage,” noted Evan Crowell for Sports Illustrated. “That falls on Satterfield, quarterback Spencer Rattler, and the offensive line, but the common thread is that there is a lack of communication.”

During his postgame remarks, Rattler acknowledged that he and the rest of the Gamecock offense didn’t “feel like we had a good idea of knowing what to do” against the pressure Missouri brought on defense.

These failures consistently put the Gamecocks in third-and-long situations … a down and distance posing pernicious challenges to even the most prolific offenses.

Experts weren’t the only ones who came down hard on Satterfield, though …

Family members of South Carolina tight end Jaheim Bell – the breakout star of the 2021 Duke’s Mayo bowl – took to social media to slam the embattled coordinator (and Beamer) for Bell’s nonexistent role in the offense on Saturday.

“He ain’t the only player on the team but at this point you acting like he ain’t even on the team,” she wrote in another tweet early Sunday.


Beamer stuck with Satterfield amid last season’s offensive implosion. Will he stick with him through the remainder of this year?

After a road trip to Vanderbilt this weekend, South Carolina concludes its 2022 campaign with the reconstituted “Orange Crush” – a trio of games against Florida (road), No. 2 Tennessee (home) and No. 5 Clemson (road). Beamer’s team needs one more win to become bowl eligible and two more wins to improve upon last season’s 7-6 record. He would need to win four more games to match Muschamp’s second year performance.

Where do you think the Gamecocks will finish? Vote in our poll and post your thoughts in our always-engaging comments section below …