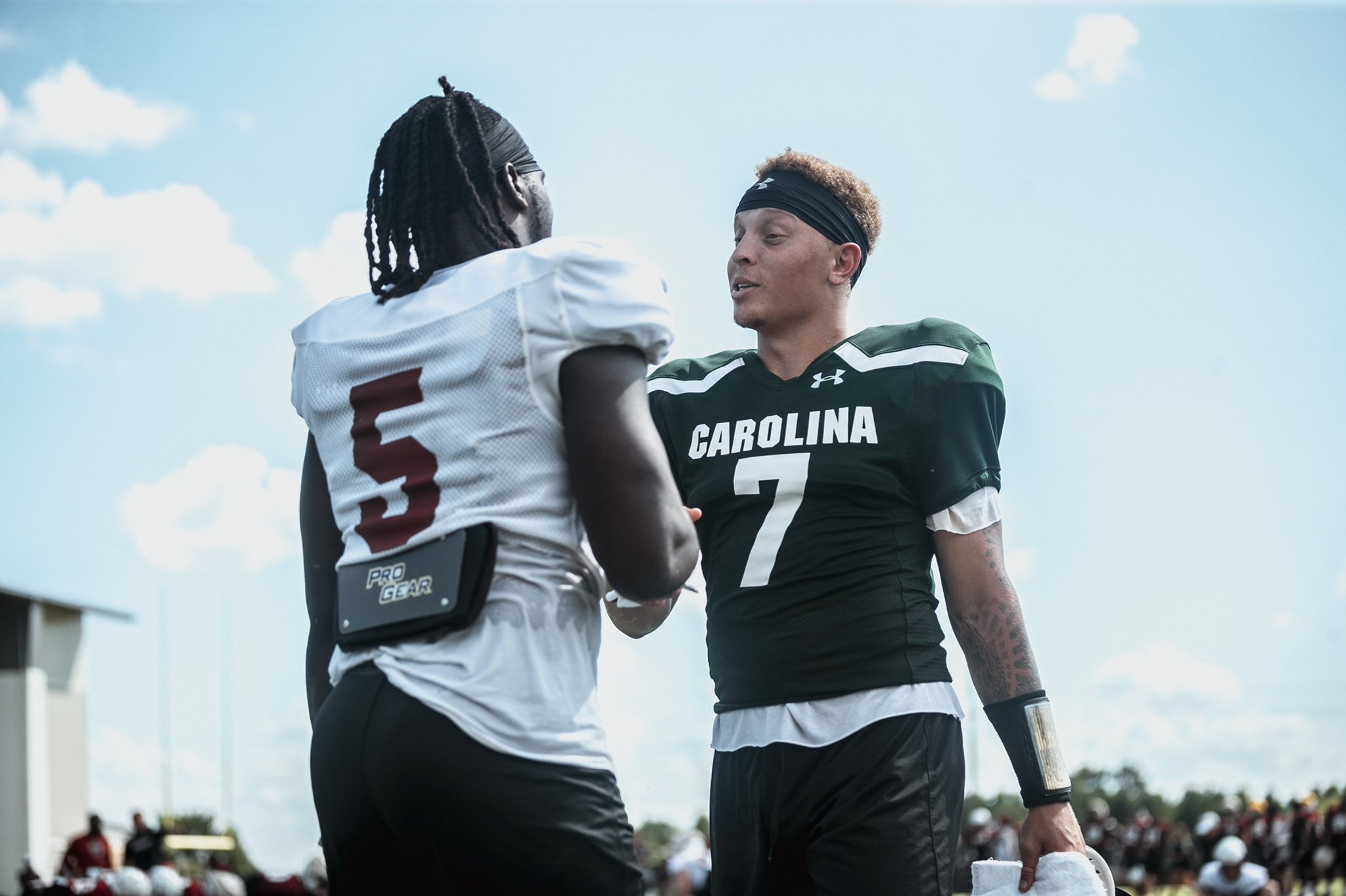 Success begets success. Or in the case of the current iteration of the University of South Carolina football program, mediocrity begets irrational optimism.

Gamecock fans are eternally channeling their inner Charlie Brown (yes, that’s a football reference) … kind of like a Kool-Aid cult without the Kool-Aid. Not yet, anyway. Not yet.

Nearly a decade removed from three consecutive eleven-win seasons under former head coach Steve Spurrier (a stretch which, curiously, failed to produce even a single divisional title) … Gamecock fans are hungry to return to the rarified air they inhaled for the first time under the “head ball coach.”

You know, back when former running back Marcus Lattimore was … hermetically sealed or something.

Gamecock fans are also desperate for a win over arch-rival Clemson – which has taken the last seven in a row in the series (not counting a forfeit).

After a season-ending victory over North Carolina in the 2021 Duke’s Mayo Bowl, expectations for 2022 are through the proverbial roof. I would go so far as to say they are higher than at any point since the beginning of the 2018 season, when former head coach Will Muschamp had his squad poised for a breakthrough.

That breakthrough never came, though … and Muschamp’s teams regressed each year thereafter prior to his firing on November 15, 2020.

Second-year head coach Shane Beamer is hoping to avoid Muschamp’s fate and build upon the unexpectedly solid foundation laid by his inaugural squad. Left for dead by pundits heading into 2021, the South Carolina version of “Beamerball” was actually well on its way to underperforming those low expectations.

However, upset wins over Florida and Auburn made the Gamecocks bowl-eligible for the first time in three seasons … leading to the memorable mayonnaise bowl victory and Beamer’s celebratory Duke’s dousing.

Here’s the thing, though: College football is about consistent improvement. It is about attaining – and maintaining – excellence. Most importantly, though, it is about either meeting or exceeding expectations.

“Beamer has thus far succeeded only in silencing his critics,” I noted recently. “He has yet to consistently prove them wrong.”

I must admit, though, Beamer pulled a coup when he landed former Oklahoma University quarterback Spencer Rattler last December.

Rattler posted a 15-2 record in parts of three seasons with the Sooners. The 6-foot-1, 215-pound signal-caller from Phoenix, Arizona connected on 70.1 percent of his passes (361-for-515) – amassing 4,595 yards and 40 touchdowns. He is a shoo-in to start for a South Carolina offense which – once again – brought up the

Rattler (above) was a preseason Heisman Trophy candidate heading into 2021 after throwing for 3,031 yards and 28 touchdowns in 2020. However, he was benched by former Oklahoma coach Lincoln Riley in favor of true freshman Caleb Williams

Rattler enrolled at South Carolina in the spring and will have three years of eligibility with the Gamecocks. This week, he was one of 76 Football Bowl Subdivision (FBS) quarterbacks named to the Johnny Unitas Golden Arm Award watch list – an honor which came one day after he was snubbed by the Manning Award watch list.

That sleight pissed Beamer off something fierce …

Will Rattler live up to the hype? Can he provide the Gamecocks with the sort of consistency they haven’t seen at the quarterback position since Connor Shaw or Dylan Thompson? And if he can’t … should we get some garnet Kool-Aid ready?

We will get our first look at the new-look Gamecocks next weekend when they host Georgia State University – a team led by former South Carolina interim head coach Shawn Elliott. Kickoff from Williams-Brice Stadium has been set for 7:30 p.m. EDT with the game being streamed live on ESPN+ and SECN+.