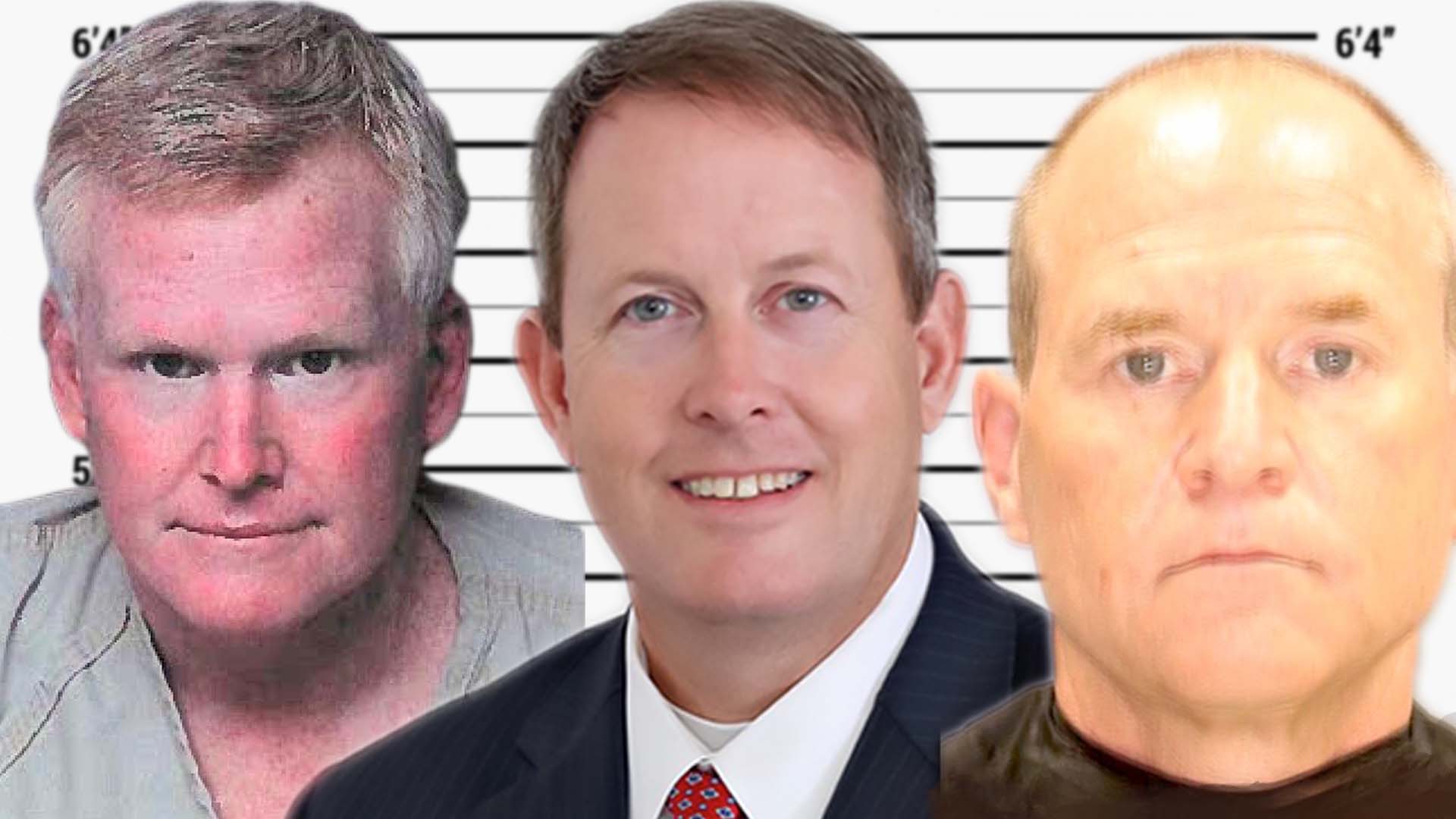 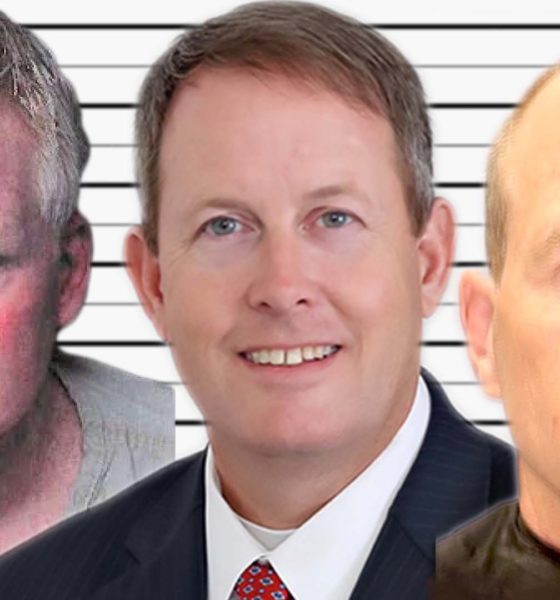 Last week, federal prosecutors filed a new indictment against Russell Laffitte – who as of this writing remains the only person charged at the federal level in connection with the ‘Murdaugh Murders’ crime and corruption saga. A former banker from Hampton, South Carolina, Laffitte is accused of being a key cog in the various financial crimes allegedly orchestrated by disgraced, disbarred 54-year-old attorney (and accused killer) Alex Murdaugh.

Murdaugh has not been charged federally … not yet, anyway.

In addition to the federal charges he is facing, Laffitte is also staring down multiple criminal conspiracy charges at the state level in connection with his alleged role in the various Murdaugh-related fleecings.

More charges are likely coming, too …

Earlier this month, prosecutors in the office of U.S. attorney Adair Ford Boroughs accused the 51-year-old former banker of lying to the Federal Bureau of Investigation (FBI). They also laid out new details of Laffitte’s alleged criminal activity vis-à-vis Murdaugh.

As a result of Laffitte’s alleged dishonesty with federal agents, prosecutors have reportedly moved to revoke his “proffer” in this case.

A “proffer” in a criminal case is essentially an invitation to negotiation made by attorneys representing a defendant or the target of an investigation. The goal of a “proffer?” To exchange information in the defendant’s possession – and his or her future testimony in court – for a favorable plea deal or other considerations.

The federal government “fully intends” to submit a motion asking the court to hold Laffitte “in breach of his proffer agreement,” according to its latest pleading in this case.

While this drama escalates, there are multiple angles to Laffitte’s case which are beginning to make life uncomfortable for federal and state prosecutors – angles which could also be significant in defining the broader scope of these inquiries.

Some of these angles are familiar to our audience – including fresh recriminations related to multiple alleged conflicts of interest tied to the Charleston office of the U.S. attorney for South Carolina (which I reported on exclusively last fall).

On Monday, Daniel (above) and Austin filed a motion demanding “the production of all reports and associated documents related to any witnesses in the government’s investigation (against Laffitte) containing information or allegations of crimes or acts of moral turpitude, including fraud.”

Translation? Laffitte knows someone who is dropping dimes on him is guilty of conduct every bit as bad as what he has been accused of doing … perhaps worse.

Which, given what we know of Laffitte’s conduct, is saying something …

To whom are his attorneys referring, though? According to multiple sources familiar with the ongoing criminal inquiries, the reference to shady “government witnesses” refers, in part, to at least one attorney who worked at the law firm formerly known as Peters, Murdaugh, Parker, Eltzroth and Detrick (PMPED).

“It goes back to the firm,” one of these sources told me. “No way the firm didn’t know about Alex Murdaugh’s shenanigans.”

At the state level, Murdaugh (above) is staring down murder charges, white collar financial charges, drug charges, obstruction of justice allegations and fraud charges. There is also a huge public corruption investigation focused on the network which supposedly facilitated his many machinations.

But just how expansive was that network? That is one of the key questions this news outlet has been endeavoring to answer as this story continues to unfold …

Another member of the PMPED firm – a staff member who is not a practicing attorney – is also reportedly tied to the alleged financial crimes referenced in the federal filing, my network of sources has confirmed.

“Alex Murdaugh wasn’t the only one at PMPED who knew what was going on,” an attorney familiar with the ongoing investigation told me.

Another source claimed Murdaugh wasn’t the only one at PMPED “participating” in the alleged criminal activity. If accurate, this would mark a major escalation of both the state and federal investigations – although it would also raise questions as to why investigators and prosecutors have not formally charged any of these individuals in connection with the case.

What might Murdaugh know about these alleged co-conspirators? Whether at the state or federal level, prosecutors don’t seem especially interested in finding out … at least not prior to his murder trial taking place.

In addition to the two murder raps, at last count Murdaugh was staring down 90 individual counts of alleged criminal activity involving “schemes to defraud victims” of $8.79 million. Laffitte and another co-conspirator, Beaufort, S.C. attorney Corey Fleming, have both been charged at the state level but again – Laffitte remains the only person tied to Murdaugh to be charged federally.


“Don’t you think that’s odd?” one source asked me.

Neither Daniel nor Austin would comment on their motion, but one former federal prosecutor tracking the case told me the duo “wouldn’t have filed (it) if they didn’t think such allegations exist.”

Meanwhile, another major expansion of the alleged financial crimes network linked to Murdaugh could come to the fore via the federal case against Laffitte.

In his February 24, 2022 deposition tied to a Murdaugh-related wrongful death case, Laffitte made several comments related to others at the financial institution he formerly led – Palmetto State Bank (PSB).

Specifically, he referenced a board of directors …

… and an executive committee …

… both of which apparently have deep ties to his family.

Of particular interest on this count? Laffitte has reportedly told federal prosecutors on multiple occasions that all of the transactions leading to the current charges against him were approved by a majority of PSB’s executive committee – which at the time consisted of Laffitte, Gray Henderson, Charlie Laffitte, Norris Laffitte and Jan Malinowski.

In other words, to hear Laffitte tell it … he didn’t act alone.

Just as Murdaugh allegedly had co-conspirators inside his law firm aiding and abetting the criminal behavior of which he stands accused, Laffitte is saying he had help as he allegedly abused his position as leader of a financial institution to facilitate Murdaugh’s many fleecings.

Now, he wants to know why none of his alleged accomplices are getting pinched …

“How much of this is (tied to) board members at the bank?” a source following the case told me bluntly.

These two potential expansions of the Murdaugh financial crimes investigation weren’t the only major developments to emanate from the federal case against Laffitte this week. According to my sources, the case has stirred yet another hornet’s nest as it relates to leaks – a subject which dominated headlines in the state’s double homicide case against Murdaugh last month.

Look for more extensive coverage of that in a future article …

Despite multiple attempts to obtain comment, Daniel and Austin declined to weigh in on any of the questions raised in connection with this article.

“It would be inappropriate for us to comment at this time,” Daniel and Austin said in a written statement provided to this news outlet after multiple inquiries. “We stand by our motions.”

To be clear: I have zero doubts whatsoever that Laffitte and his attorneys are doing whatever is humanly possible to try and cover his ass and shift blame for his conduct onto others.

The only question that matters, though, is this: Do others shoulder some of the blame?

From the beginning of this investigation, I have said investigators and prosecutors must – in the words of Mark Keel, chief of the S.C. State Law Enforcement Division (SLED) – seek accountability “no matter where the facts lead us.”

SLED and others have vowed “no stone will be left unturned.”