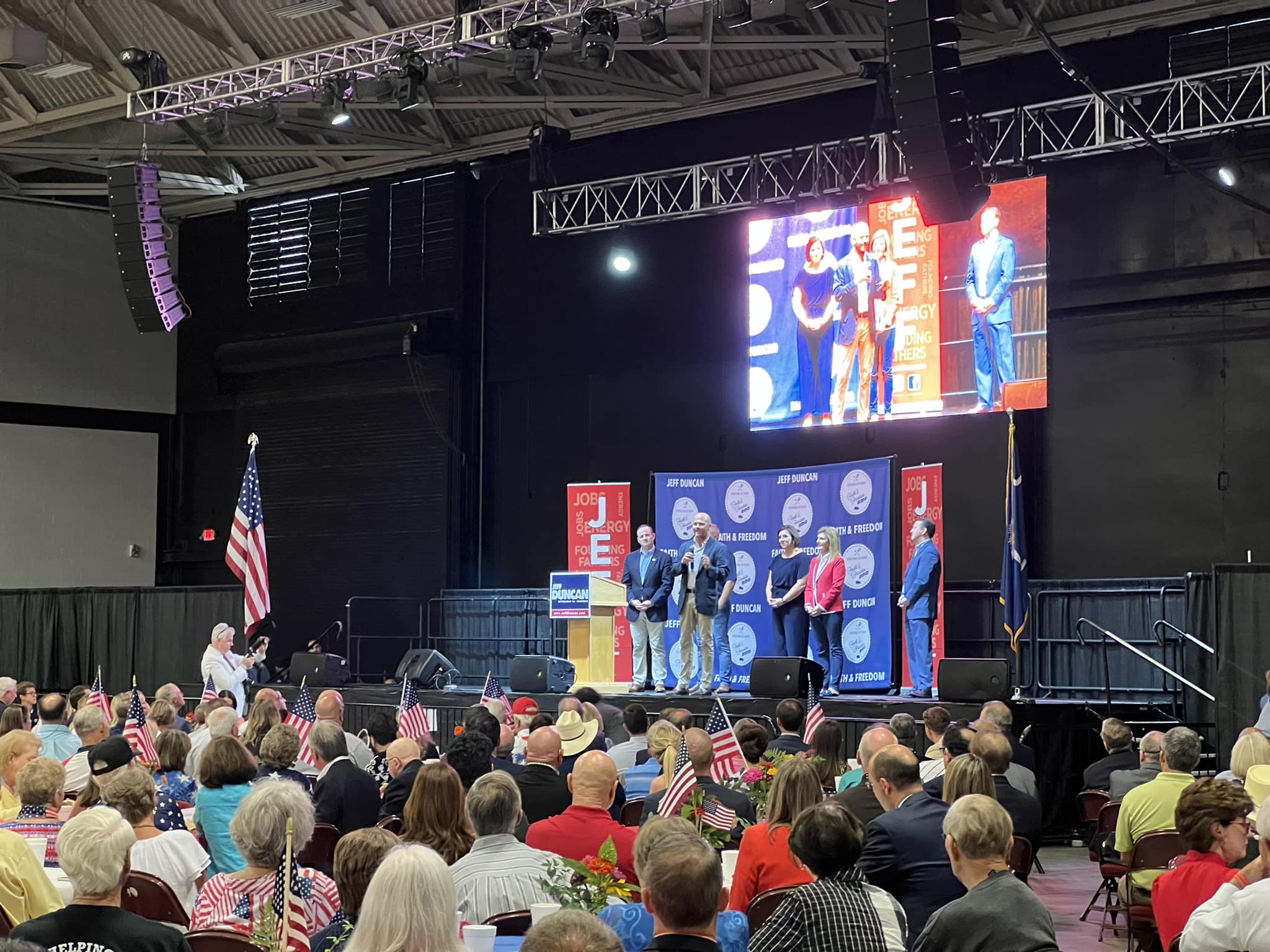 As the fallout from his recent sex scandal becomes fodder for reality television, second-term U.S. congressman William Timmons of South Carolina is reportedly on the cusp of a much greater – and potentially more damaging – sexually related imbroglio.

Multiple sources in Washington, D.C. have confirmed to this news outlet that Timmons – whose affair with South Carolina businesswoman/ socialite Paula Dhier has substantially weakened his already anemic political position – is the focus of a preliminary inquiry by the U.S. House of Representatives’ ethics committee.

This inquiry is expected to escalate to a full-blown investigation soon, these sources say.

The original focus of the inquiry? Allegations that Timmons may have misused taxpayer funds in pursuing his extramarital affair with Dhier. But the real issue could prove far more seismic.

“This isn’t the sort of thing where he just pays a fine and moves on,” one Beltway source told me.

A former Timmons’ staffer familiar with the allegations against the congressman concurred with this assessment.

“I think he resigns once (it all) comes out,” the ex-staffer told me, referring to yet another alleged sex scandal involving the 38-year-old congressman from Greenville, S.C.

Speaking of former Timmons staffers, this news outlet has confirmed rumors of a recent “mass exodus” from the GOP congressman’s Washington, D.C. office that were first referenced in this report.

We have also confirmed this staff exodus is related to the looming ethics probe – and not Timmons’ affair with Dhier, as many originally suspected.

Among the recent resignations from Timmons’ office? His longtime chief of staff, Moutray McLaren, his senior policy advisor, John Partin and and his scheduler, Olivia Widenhouse.

Timmons’ advisors have pleaded ignorance of any looming ethics inquiry – and have downplayed the recent staff departures (especially the exit of Widenhouse).

“Those positions are a dime a dozen,” one Timmons’ ally told me, referring to the former scheduler.

The ally also rattled off the new positions accepted by all three departed staffers – each of which was referred to as a “promotion.”

“To me a mass resignation would be people quitting with nowhere to go,” the source added. “This seems like regular Capitol Hill stuff.”

The first Timmons’ sex scandal (involving Dhier) exploded onto the Palmetto political scene back in June when the congressman issued an unsolicited 18-word statement asking for “prayers and privacy” as he and his wife, Sarah Timmons, “work(ed) through some difficult private matters.”

Shortly thereafter, those “difficult private matters” assumed the name – and face – of Dhier.

From there, the scandal received significant oxygen thanks to the antics of Dhier’s estranged husband – Greenville, S.C.-based developer Ron Rallis. It also got a big boost from Timmons’ own indignant response to the drama and some unhinged responses from his family members – some of whom have threatened to cut this prodigal son off from the family fortune.


Timmons’ family is an institution in the Palmetto Upstate. His great-grandfather – William R. Timmons Sr. – built an empire in and around Greenville beginning in the mid-1920s, focusing on the real estate, trucking and insurance industries. The family – which helped establish and maintain Greenville’s civic and philanthropic communities – is reportedly worth hundreds of millions of dollars.

Timmons and his wife were married on the Robert J. Dole balcony of the U.S. Capitol on July 17, 2019 – more than three years ago. U.S. senator Tim Scott officiated at the ceremony – which was held six months after the businessman/ attorney was sworn in as a member of congress.

Of interest? Timmons has made some interesting property moves recently vis-à-vis his estranged wife. Specifically, the couple entered into a confidential agreement on May 30, 2022 – four weeks before he provided this news outlet with his unsolicited “prayers and privacy” statement regarding allegations of an extramarital affair with Dhier.

Tied to this confidential agreement? A valuable piece of property – apparently gifted to Sarah Timmons in exchange for her silence as it related to his alleged affair(s).

Sarah Timmons (above) has yet to comment publicly on the scandal, by the way.

Timmons won his party’s nomination for a third term in Washington, D.C. this spring in decidedly underwhelming fashion against a trio of comparatively unknown challengers. Even with the endorsement of former U.S. president Donald Trump, the two-term incumbent barely managed to avoid a runoff in his primary race – drawing an uninspiring 52.69 percent of the vote.

Timmons is unopposed in the fall election, but numerous GOP politicians are eyeing a primary campaign against him in 2024 – assuming he makes it that far. Meanwhile, Upstate businessman John Warren – who absolutely crushed it in Greenville during his gubernatorial campaign four years ago – has indicated he would be interested in running for the seat in the event there were a special election prior to the 2024 primary season.

Stay tuned … this news outlet will provide its readers with additional information related to the new allegations against Timmons very soon.