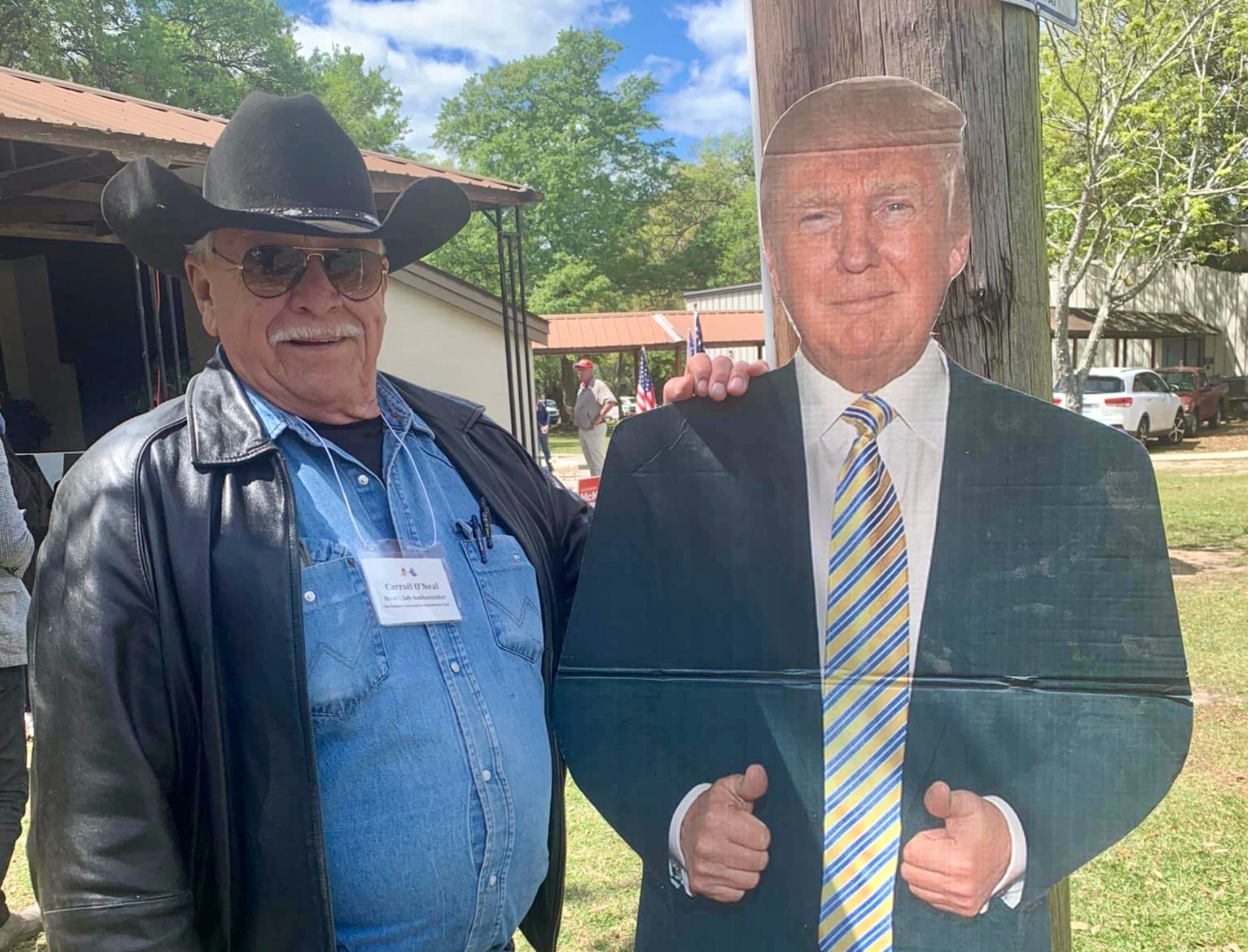 The “Republican” nominee for a potentially competitive South Carolina House of Representatives’ district is threatening multiple lawsuits after a seismic solicitation allegation was leveled against him in a popular local social media group.

Carroll O’Neal – the GOP nominee for S.C. House District 115 (.pdf) – was accused of “propositioning a staff member” at a restaurant in James Island, S.C. earlier this week.

Thia alleged incident – said to have occurred on Monday at the Charleston Crab House – was witnessed by Hank Chavis of Johns Island, who memorialized his recollections in a Facebook post he made in a group entitled ‘Johns Island Unfiltered.’

“(O’Neal) told her that he was looking for prostitutes and that she looked like she could ‘handle it,’” Chavis wrote. “He even gave her his business card and told her ‘I know you can help me out.’”

A photo of O’Neal’s business card was included with Chavis’ post.

“I hope this gets out and no one votes for him,” Chavis wrote.

Sources at the restaurant confirmed Chavis’ account – although some indicated they thought O’Neal had directly propositioned the restaurant staffer rather than soliciting her assistance in the hopes of requisitioning women of negotiable virtue, as Chavis alleged.

I reached out to Chavis earlier this week to see if he was willing to provide any additional information on the allegation. He declined to do so.

“I put it on social media so people could have the information but I’m not taking it any further,” Chavis told me.

He made it clear he stood by what he posted, however.

Reached for comment on Friday afternoon, O’Neal vigorously denied the allegation and vowed to file multiple lawsuits in the event a story on the alleged incident was filed.

O’Neal told me he attempted to contact the restaurant staffer upon learning of the allegation, but was informed that she did not wish to speak with him. A male acquaintance of the woman told O’Neal he was not to attempt contacting her again, according to O’Neal’s version of events.

O’Neal acknowledged that the woman “claimed it happened,” but that several of her co-workers told him she was “crazy” and “had some drug problems.”


According to O’Neal, the allegation against him has its roots in partisan politics – specifically singling out his Democratic opponent, Spencer Wetmore.

“It’s dirty down here right now,” he told me. “I would not put this past Spencer Wetmore.”

Wetmore, 39, is a rising star in the Democratic Party in South Carolina. She won a special election in August of 2020 to fill the seat vacated by former S.C. House judiciary chairman Peter McCoy Jr. – who resigned to become U.S. attorney for the Palmetto State. Despite a GOP “wave election” that fall, Wetmore was able to keep this seat in Democratic hands in the November election – albeit just barely.

I reached out to Wetmore on Friday evening to see if she had any response to O’Neal’s allegation.

“I don’t know who Carroll O’Neal is or how he likes to pick up women, but this is obviously a ridiculous thing to say,” she told me.

Local GOP officials said they are looking into the allegations against O’Neal – as are leaders in the S.C. House “Republican” caucus. As of this writing, no criminal complaints or incident reports have been filed in connection with the incident – nor are any charges against O’Neal pending in the public index of the S.C. ninth judicial circuit.

O’Neal and Wetmore face each other in the general election on November 8, 2022.