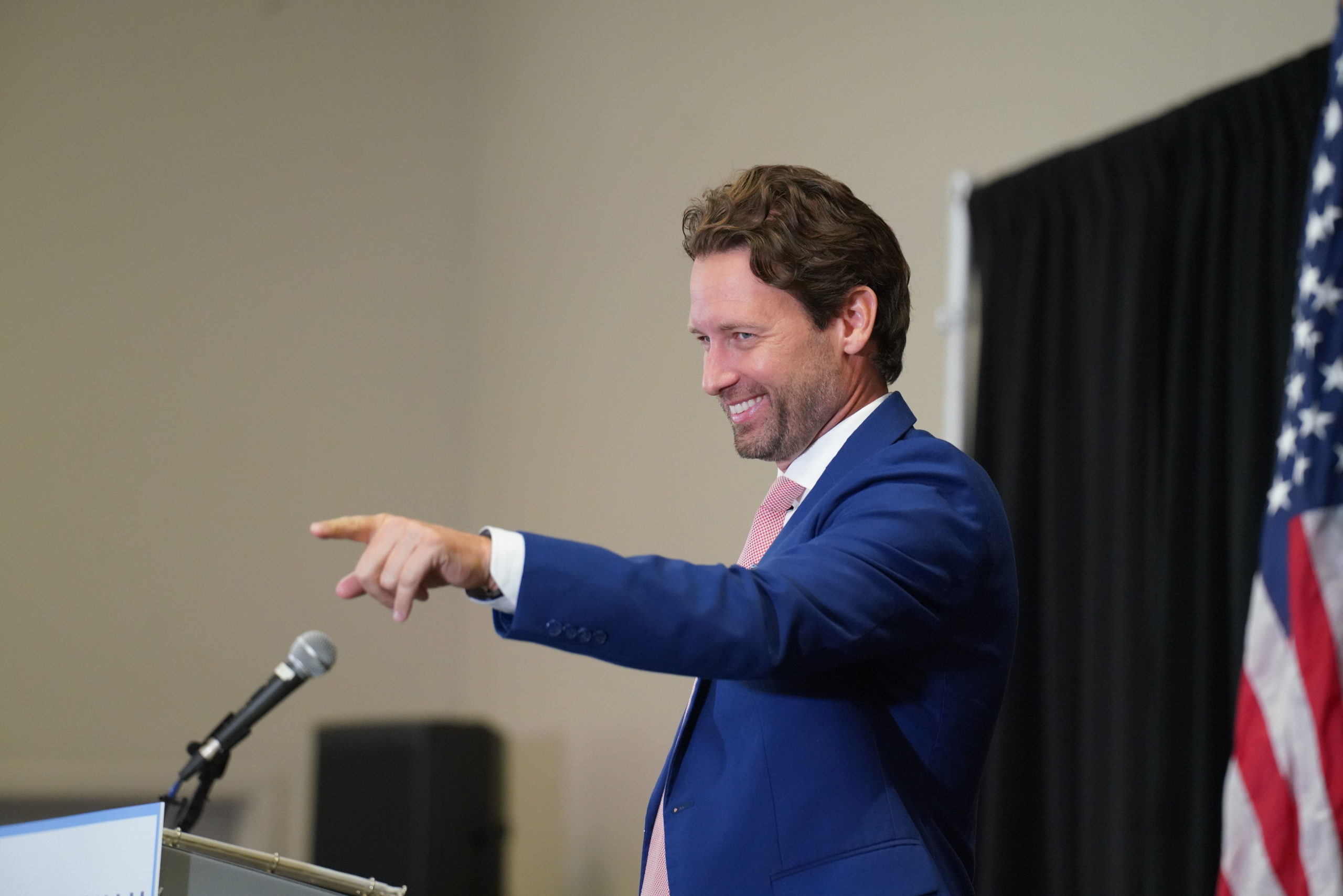 In the latest bad news to befall the campaign of South Carolina Democratic gubernatorial nominee Joe Cunningham, a candidate from a left-of-center third party has been certified to appear on the ballot this fall. And while Labor Party nominee Gary Votour and his running mate are not expected to peel a ton of votes away from the Democratic ticket – they will peel some.

And “any” lost votes on the left is more than Cunningham can handle considering his margin for error in his Quixotic bid against incumbent “Republican” governor Henry McMaster is zero.

Actually, it’s less than zero after Cunningham decided to piss off a key voting demographic in the Palmetto State earlier this month.

None of this is news to our audience. I addressed Votour’s candidacy – and its potential to cause problems for Democrats – six months ago.


“The eventual Democratic nominee will now have to compete with Votour in the 2022 general election for progressive votes,” I wrote, adding that the newly minted Labor Party nominee could capably “advance a narrative that ‘mainstream’ Democrats in the Palmetto State are not sufficiently loyal to the prevailing leftist herd-think of their national party.”

Cunningham has been slammed by many on the far left as “McMaster Lite” – and Votour and his lieutenant gubernatorial nominee, Harold Geddings, give Democratic voters who feel this way a place to land.

“Every vote they receive is a vote that would have likely gone to the Democratic nominee … meaning their decision to run as Labor Party candidates makes it harder for (Democrats) to pull off an upset of McMaster this fall,” I concluded.

Not surprisingly, Democrats are apoplectic that the S.C. Election Commission (SCVotes.gov) has certified Votour and Geddings – with party chairman Trav Robertson referring to the decision as “crazy.”

They should not be allowed to be on the ballot, period,” Robertson (above) told reporter Seanna Adcox of The (Charleston, S.C.) Post and Courier, describing the commission’s decision as “asinine.”

Other Democrats were far more blunt …

“Are the loony leftists coffee shop libs causing trouble again?” Democratic operative Phil Bailey tweeted in response to the news. “Someone should reset the GPS in their Subarus.”

To be clear: Cunningham has no path to victory in South Carolina. And that was before he alienated black voters during a contentious Democratic primary (and then re-alienated them by choosing a white running mate for the general election).

As I have often pointed out, no Democrat has won a top-of-the-ticket race in the Palmetto State this millennium. The last person to do so? The late Fritz Hollings, who bested former U.S. congressman Bob Inglis in 1998 to capture his final term in the U.S. Senate. No Democrat has won a statewide election in South Carolina since 2006 – when Jim Rex defeated Karen Floyd in the race for state superintendent of education.

Will Democrats break that streak in 2022? Hell no …

As arguably their most famous strategist of the last half-century once famously observed, races are won or lost based on “the economy, stupid.” And as much as Democrats are trying to spin it different, the economy is in the shitter.

That means Cunningham is sailing into the wind … and just lost another knot of boat speed.