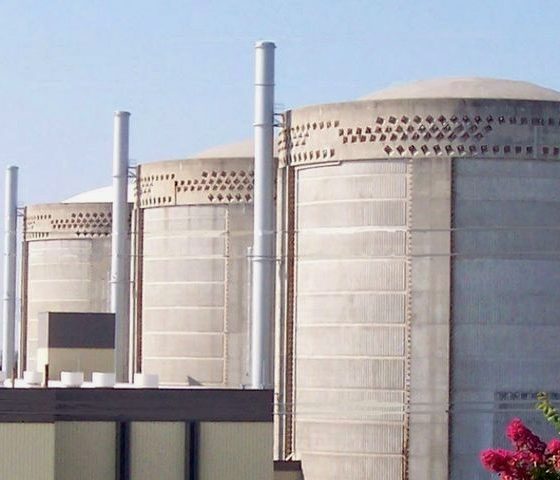 South Carolina state government can’t get a nuclear reactor up and running, as was made clear by the spectacular failure of government-run utility Santee Cooper — which five years ago officially pulled the plug on the proposed V.C. Summer nuclear generating station expansion (a.k.a. NukeGate). The botched construction of this project cost Palmetto State ratepayers and taxpayers more than $10 billion.

What is less known, but potentially more ominous, is the fact that sources close to the S.C. Department of Health and Environmental Control (SCDHEC) Radiation Nuclear Safety unit say the state is woefully underprepared to respond to potential nuclear disasters.

Staffing this specialized unit has allegedly become an increasingly serious issue for SCDHEC in recent years. The unit dwindled from seven to three full-time employees as frustration with ineffective management led to employees finding work elsewhere.

The remaining full-time employees are stretched thin. The map below illustrates South Carolina’s nuclear facilities, as well as those in neighboring states that have the potential to harm South Carolinians in the event of a disaster.

The SCDHEC unit is responsible for more than just those facilities though, it also handles transportation incidents involving radiological materials.

This seems like a herculean task for three individuals — one that could have ended poorly in early February when two of the (at that time) four employees of the unit were out of town at a training event when an incident involving a potential release of radiological material at the Oconee Nuclear Station threw the remaining two employees into high gear.

As the first light of dawn penetrated the darkness of the lakeside sky, it cast a dull glow over the three reactors — built in 1974 on the Keowee River at the foot of the Blue Ridge Escarpment. This still morning would soon be broken, however.

At 3:57 a.m. EST February 5, the west penetration room adjacent to one of the three reactors filled with smoke and prevented personnel from entering. At this time, officials at the plant filled out their initial nuclear power plant emergency notification form (ENF).

Nuclear facilities experiencing emergencies issue warnings indicating the severity of an accident. In this instance, employees at the Oconee station chose the second of four alert levels. According to the emergency response guide posted on plant operator Duke Energy’s website, this indicates “there is no impact to the public.” The plant’s resident Nuclear Regulatory Commission (NRC) inspector concurred with that assessment.

Had they chosen the next level of alert — a site area emergency warning — plant operators would have indicated they believed the event to be a “major operational/ security event that could affect plant safety” and would have likely warned the public of the event’s occurrence.

SCDHEC’s response was solely conducted remotely. A source close to this unit characterized this response as “strictly for show” — adding that managers frequently refuse to allow the responders to go to the scene of the emergency.

SCDHEC’s director of media relations Ron Aiken told FITSNews that “because both the facility and the Nuclear Regulatory Commission confirmed no off-site release occurred, no emergency field-monitoring by SCDHEC was required.”

One SCDHEC insider frustrated with the response contended that “this unit is set up to be the state’s assurance that nothing is/was being released.”

“We should not have sat by and waited for the plant to tell us that there was no leak,” the insider said. “If there was a leak, it would have been too late to perform any protective actions.”

While plant operators did not issue a warning that would notify residents surrounding the plant, they sent employees to their Charlotte, N.C.-based emergency operations facility — which allows engineers to have off-site control of the plant in the event it had to be evacuated.

SCDHEC didn’t conduct independent soil and vegetation testing until three days after the incident. According their internal after-action report (below) “taking the soil, water and vegetation samples three days after the incident and with rain being present diminished the possibility of detecting anything.” A source familiar with the report added that “we don’t have any option but to take them (nuclear plant operators) at their word.”

When asked for comment, SCDHEC added “though it was already determined that an offsite release had not occurred, (the agency) recognized the value of conducting an independent assessment of our air, soil and vegetation collection procedures both to provide additional assurances to local citizens and as an in-house training exercise to evaluate our sample and analysis procedures.”

“The public thinks they are protected and that there is a team ready to respond and that is not the case,” the insider said.

While most of the unit’s employees have first-responder backgrounds “the unit is run by people who don’t have a background in response.” This source characterized SCDHEC managers who oversee the unit as prone to “paralysis by analysis.”

This is concerning because a federal response would take hours to arrive given both the complexity of responding to a nuclear disaster and the fact that federal officials are primarily located out of state. A failure to properly handle a situation in the hours before the feds arrive could turn an emergency into a tragedy. State and local officials must therefore be ready to stand in the gap during those crucial first hours.

The few remaining employees of the unit are unlikely to have the support needed to step into that gap. Employees who live throughout the Midlands region of the state have to drive into Columbia in the event of an emergency to pick up their duty Tahoes because managers do not allow them to drive vehicles home. One source objected to this, saying “nobody would tell Mark Keel his emergency responders can’t take their duty vehicles home with them.”

Individuals familiar with the operations of the unit have voiced concerns that none of the stakeholders truly care about the efficacy of the unit. The state’s nuclear power plant operators care a great deal about the state continuing to provide the Federal Emergency Management Agency (FEMA) with “reasonable assurance” that the state can adequately respond to nuclear disasters since their ability to operate plants is dependent on federal approval of state safety measures.


SCDHEC’s Ron Aiken characterized the federal assessments as “valuable because they allow us to keep our entire cadre of available personnel trained” adding that the agency “has confidence in available resources and is in an active training cycle now to continue to grow the number of trained personnel available to respond.”

By these benchmarks the unit is successful, the state’s nuclear response consistently meets federal requirements.

But one hazmat expert who spoke on the condition of anonymity said that “SCDHEC managers consider a phone call to be a response” and said that getting the bureaucrats within the agency to see the importance of being prepared to physically respond to an emergency is like working with people “on another planet.”

Following the Oconee incident, one of the unit’s four responders who spent more than twenty years at the agency quit — further diminishing the agency’s ability to respond to a crisis.

The close-call sparked increased interest in the unit within the agency. DHEC director Dr. Edward Simmer was presented with information about the incident and the nuclear response unit (attached below).

What isn’t attached are the initial versions of the presentations, which included SCDHEC’s own organization chart for nuclear responses that indicates that dozens employees must be ready to respond in the event of an emergency. Details of the agency’s mandate to respond to transportation incidents were also absent. These details were omitted at the behest of middle managers on the night prior to their presentation according to an agency insider.

The popularity of the Netflix documentary series Three Mile Island — which depicts the infamous 1979 radiation leak at a Pennsylvania nuclear power plant and the subsequent attempt of the power company and state officials to hide their responsibility — has also raised the attention level on the nuclear unit. The Three Mile Island plant used the same nuclear steam supply system manufactured by Babcock & Wilcox as are used in the Oconee Nuclear Station.

In inquiring about the impact of the documentary one source told me that people across state government have asked if “that Three Mile Island thing could that happen here?” and that “the answer is always yes.”

The South Carolina general assembly isn’t blind to SCDHEC’s issues. A bill (S.2) which proposed splitting apart SCDHEC’s health and environmental functions was debated in the most recent legislative session. The bill made it out of the Senate — but didn’t have the time or momentum to pass through the House this session.

One source said this has shaken up SCDHEC managers who put off decisions because they were “waiting to see what is happening with the break-up.” The source said that members of the response team aren’t focused on the breakup, because “they need bodies” and told FITSNews it would take a dedicated employee with experience in nuclear response more than a year to be trained to the point that they could be a useful member of the team.


Budget information returned to FITSNews shows SCDHEC has received funding for around 15 employees for the last four years, but that despite this funding they only retain three full-time employees in the nuclear division.

SCDHEC argued the 15-employee funding number “captures full-time employees for the entire division (not just the Nuclear Response Unit) whose duties in some way support the agency’s response to environmental and radiological emergencies.”

An official familiar with the unit contested the level of support that the auxiliary employees provide.

“They don’t see that support at all, and with 15 bodies, they would not be scrambling to fill the org chart for partial drills that only require nine people,” the official said.

One source familiar with SCDHEC’s human relations department said that a new position in nuclear response hasn’t been posted in almost a year-and-a-half, and expressed concern that nuclear response might be seen by some within the agency as a cash cow.

South Carolina has a multiple nuclear reactors, tons of nuclear storage, and thousands of miles of nuclear transport every year. While SCDHEC assures the public they are capable of responding in the event of an emergency, we would be wise to scrutinize their claims given the widespread incompetency of the South Carolina state government (nukegate, DJJ, education outcomes)

SCDHEC’s leaders must not let the uncertainty of a pending breakup of the agency allow them to become lax about filling crucial positions. Agency bureaucrats must not be allowed to bury experienced employees with first-responder backgrounds in red tape and paperwork that prevents them from effectively responding to emergencies.

I’d encourage concerned members of the General Assembly (especially those whose constituents live near a reactor) to talk to the line level employees of the nuclear response unit directly — to advocate for their current needs to agency leadership, to understand where they fit into a post-breakup agency, and to consider wether they should move to a different agency altogether.