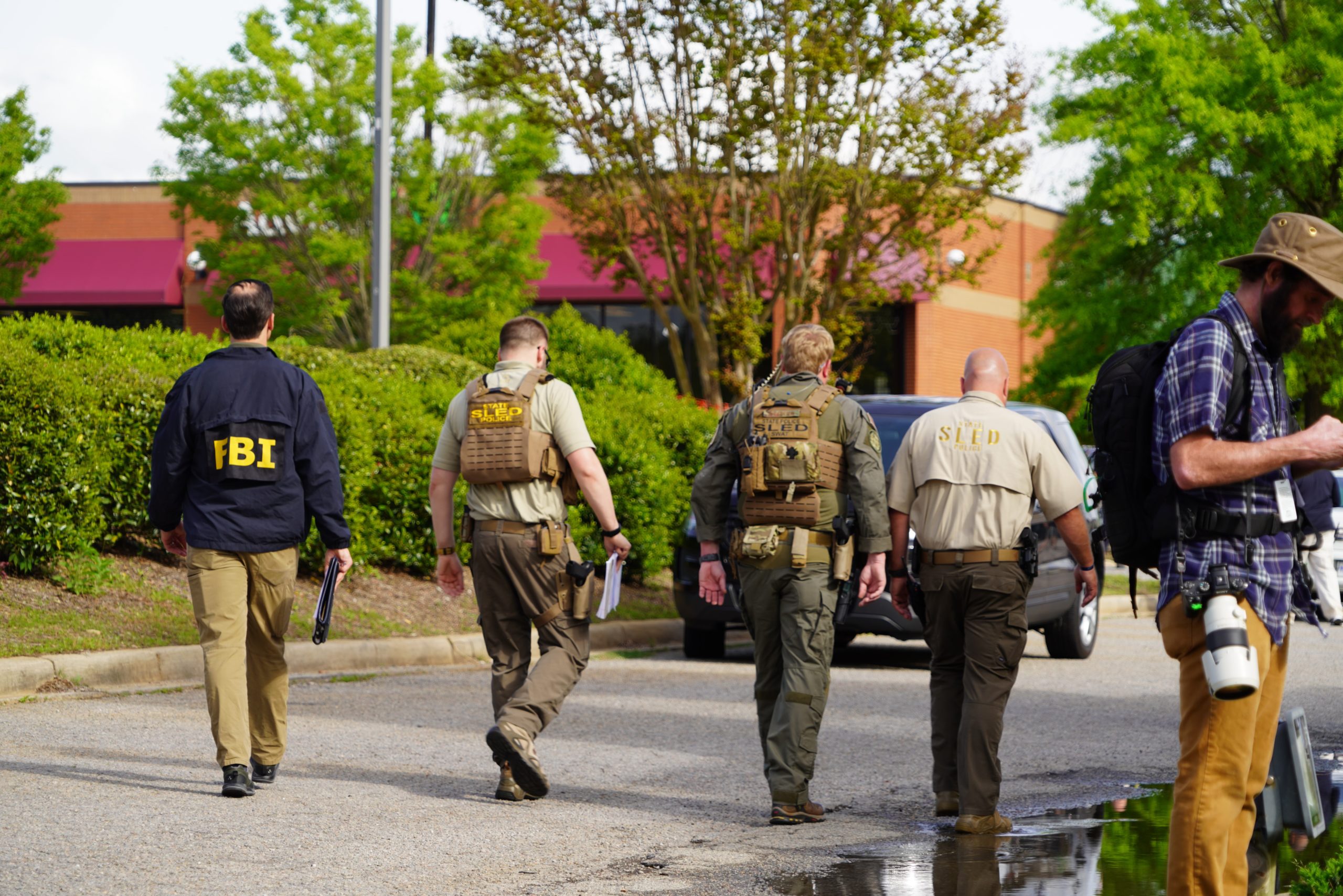 This is a breaking news story and will be updated as more information comes available.

Twelve people were injured in a shooting just after 2 p.m. Saturday at the Columbiana Centre mall, according to Columbia Police Chief William Holbrook.

No one was killed in the shooting, and three people have been detained.

Ten people were shot, two were injured in the resulting stampede. Victims were taken to three Holbrook said at a news conference Saturday evening.

Two of the shooting victims are in critical but stable condition.

The oldest gunshot victim was 73. The youngest was 15.

The shooting began near the Gap store. At least three people were seen with guns in the mall, Holbrook said. One was seen shooting.

“It was very chaotic,” Holbrook said.

Anyone with information about what occurred at the mall today are asked to call investigators at 803-545-3525.

“We don’t believe this was random,” Holbrook said, noting that the three armed subjects knew each other.


As of 5 p.m. law enforcement is continuing to “methodically” sweep the mall to locate victims and those sheltering in place. They are also reviewing mall video and interviewing witnesses.

“Employees inside the mall who were told to shelter in place for safety, law enforcement officers will come to you as a protected escort. DO NOT leave a store until told to do so by proper authorities,” the police tweeted.

“I ain’t never run so fast”

Around 4:15 p.m.. a woman who said she was at the mall at the time of the shooting posted a video of a man in custody. It is not clear whether that man was connection to the shooting.

According to The State newspaper, no fatalities have been reported and no arrests have been made.

A reunification site for those who had loved ones in the mall has been set up at the Fairfield Inn, 320 Columbiana Drive, according to the Lexington County Sheriff’s Office.

“We are working on a transit option to take people who may still be near the mall to the reunification area,” Columbia Police tweeted at 3:52 p.m.

Cory Smith with WLTX reported that both exits to Haribison Boulevard are closed and there is “heavy traffic” around the mall.

The Columbia Police Department first tweeted about the incident at around 2:30 p.m. Saturday.

Multiple witness accounts on Twitter paint a chaotic scene with shoppers running for their lives and store employees hiding in backrooms.

An apparent witness who said she was in the food court when the shooting started tweeted about the incident at 2:09 p.m. saying, “I ain’t never run so fast.”

In response to her tweet, another apparent witness said law enforcement had surrounded the mall.

Another apparent witness tweeted: “Everyone just started running it sounded like rain.” This person also reported seeing a “couple” of people brought out of the mall on stretchers.

“All around stressed. Went shopping for prom accessories with my sister, left fleeing the columbiana mall on foot because of a shooter,” one apparent witness Tweeted.

An update from police at 2:44 p.m. said that the injured are receiving medical attention and that the extent those injuries are not yet known.

The mall was evacuated.

One apparent witness posted on Facebook around 3:30 p.m.: “You never think it would happen to you until it actually does.. my life flashed before my eyes I’m physically numb I can’t feel my body, I’m in so much shock. All I can keep saying is Thank you god for getting us out of there and being able to duck behind that counter and not get hit.”

Another posted photos and video from the scene (here).

At Least 9 Injured In Shooting At Hampton County Nightclub