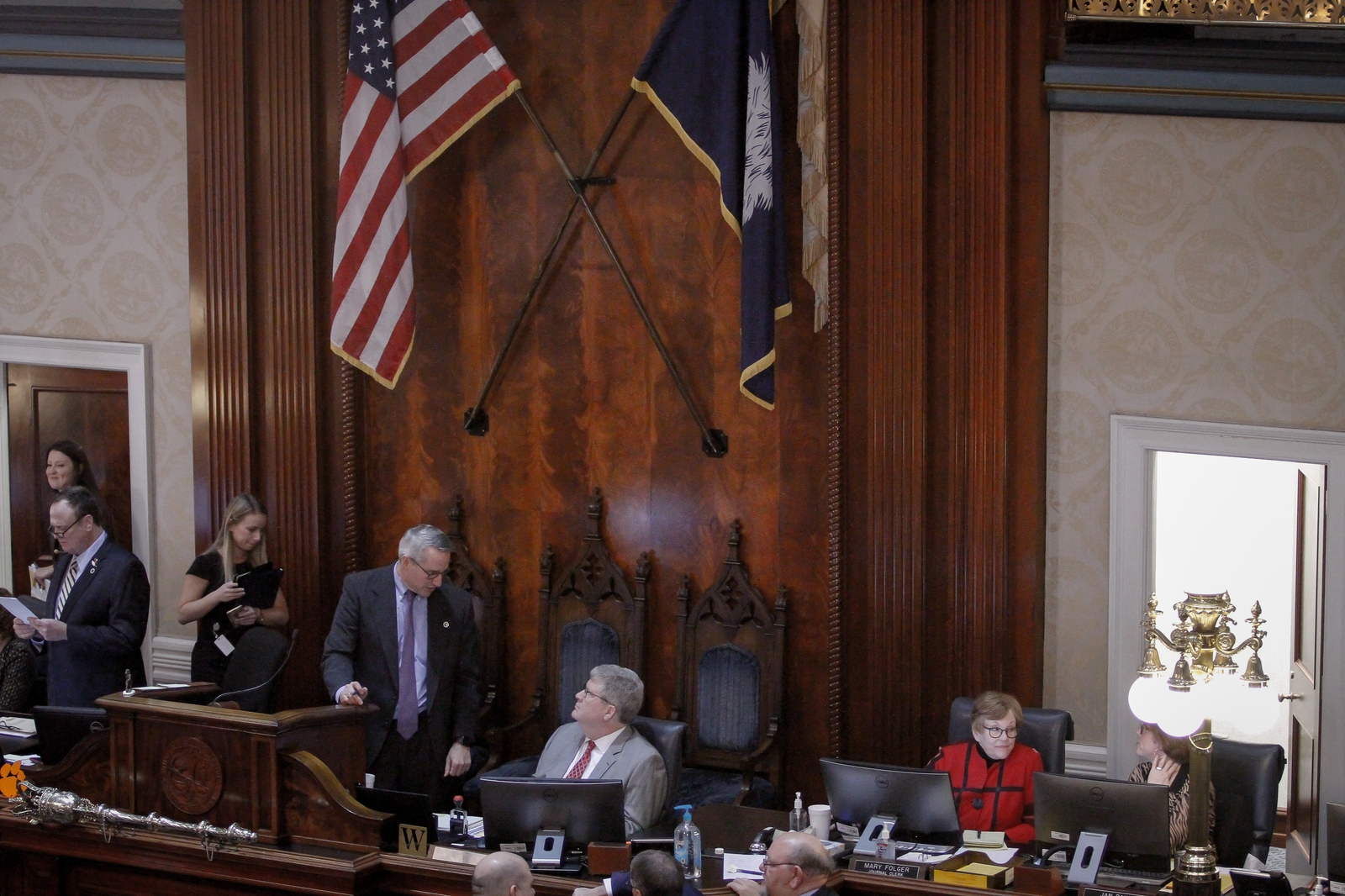 The leader of one of the most influential committees in South Carolina state government was hospitalized on Wednesday afternoon after leaving a legislative meeting in visible discomfort.

S.C. House judiciary committee chairman Chris Murphy of North Charleston, S.C. – who has missed the last few weeks of the legislative session due to an undisclosed illness – gaveled his panel to order shortly before 2:00 p.m. EST.

He did not remain at his post for very long …

“First step, representative Jordan,” Murphy said – his words trailing off as he arose from his seat, wincing in pain, and handed control of the meeting to state representative Jay Jordan of Florence, S.C.

Murphy walked out of the committee room on his own power – but did not return.

Approximately thirty minutes later, Jordan announced that Murphy had experienced a “medical issue” – one which prompted him to “leave the building.”

“In light of that I would ask that we essentially suspend the meeting but before we do that we have a brief moment of silence – moment of prayer – for chairman Murphy,” Jordan said.

“Let’s all hope it’s a very minor and quick event and he’ll be back with us very shortly,” Jordan added after lawmakers bowed their heads. “But in light of that, we’ll go ahead and adjourn the meeting today.”


Legislative sources told me Murphy was “conscious and stable” in the aftermath of the incident. Doctors are conducting tests on him in an effort to determine what

Murphy’s health was referenced last week in this exclusive report – which addressed the “limbo” status of the judiciary committee in his absence.

The full committee met on January 10 – although Murphy, a “Republican,” was not in attendance at that meeting. Instead, the committee was chaired by state representative Weston Newton of Bluffton, S.C.

“I have a letter here from chairman Murphy designating me to serve as chairman during these extraordinary circumstances in accordance with our House judiciary committee rules,” Newton said ahead of the January 10 meeting, quickly shuffling the paper to the side before moving on to the business before the panel.

That decision created significant controversy in light of the rules of the committee, which clearly delegate authority to the first vice-chairman of the panel.

“The first vice-chairman shall preside over committee meetings in the absence of the chairman,” the No. 1 rule adopted by this panel on January 26, 2021 noted.

Neither King nor Collins have been permitted to the job, though …

Prior to this week, the full committee had not met since January 10 … creating a backlog of legislation that is causing significant embarrassment for House leaders.

Murphy was supposed to appear in Columbia, S.C. last Wednesday to preside over a judiciary subcommittee which heard testimony on a proposed election reform bill (H. 4919). Once again, though, his illness prohibited him from making the trip.

The subcommittee met, but no action was taken on the bill – which was no significant loss seeing as the aforementioned legislation fails to accomplish anything substantive on the election reform issue.

So … what’s wrong with Murphy?

According to my sources, the sixth-term lawmaker is dealing with complications from Covid-19 – specifically, a serious case of what is said to be diverticulitis.