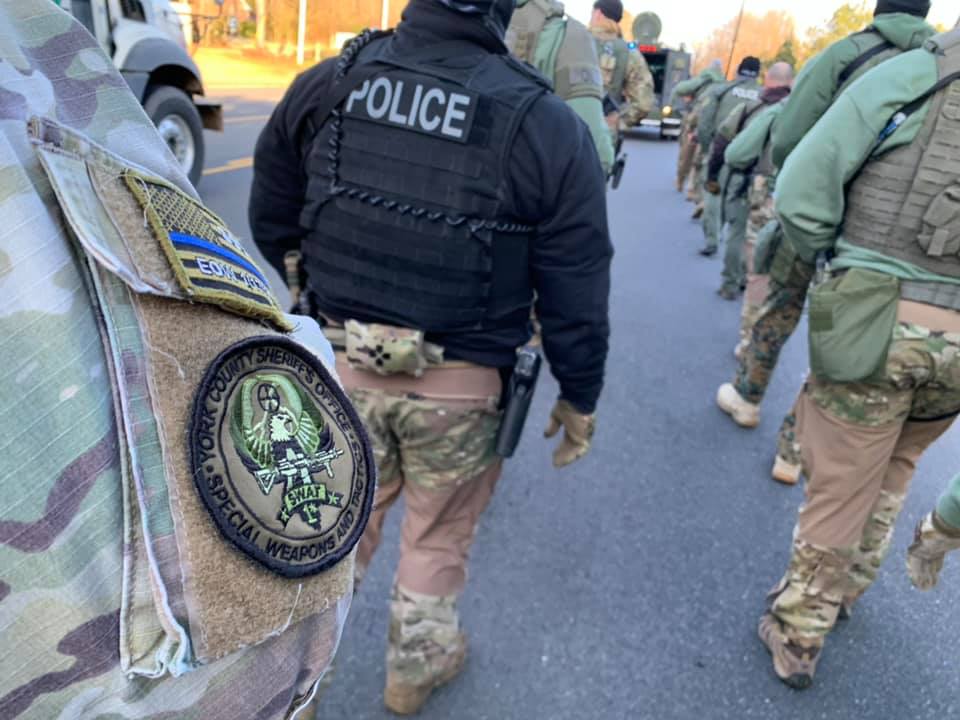 One of the largest law enforcement advocacy organizations in South Carolina is weighing in decisively on a problem this news outlet has been addressing for years … excessive judicial leniency.

What do I mean by excessive judicial leniency? I am referring to the practice of Palmetto State judges – all of whom are elected or appointed by the GOP-controlled legislature – to let violent offenders with multiple arrests and/ or convictions roam our streets while they await trial on charges like murder, attempted murder, etc.

This week, one of the Palmetto State’s top law enforcement officers – York County sheriff Kevin Tolson – penned an open letter on “South Carolina’s criminal justice system.” The letter – which has been making the rounds at the S.C. State House – was published by Tolson in his capacity as president of the S.C. Sheriffs’ Association. This group was founded over 100 years ago to advocate for law enforcement and “provide support and training services” to the 46 sheriffs in the Palmetto State.

In his letter (.pdf), Tolson addressed an officer-involved shooting that took place in North Augusta, S.C. last month involving a suspect who shot and wounded a North Augusta police officer.

“This small, quaint town in South Carolina witnessed an exchange of gunfire that would rival Hollywood’s best action movies, but this was no fictional scene,” Tolson wrote. “This was real a life scenario where a real law enforcement officer was shot and countless other law enforcement officers were shot at all while innocent civilians stood in the crossfire. How could this happen?”

Airington was also charged with second degree lynching in 2004 but he was not convicted of that charge.

Just three months prior to the bloody events of December 9, 2021, Airington had been arrested again and charged with possession of a stolen gun, possession of a weapon during a violent crime and a trio of drug charges.

That “paltry” sum was “probably financed by a bail bond company,” Tolson wrote, noting that “for a few dollars a month, an individual who has been convicted of more than a dozen crimes (many of which involve firearms, illegal drugs and/ or assault) and was subsequently charged with three more serious crimes, was granted his freedom.”

According to Tolson, the underlying problem is that judges in South Carolina are not “held accountable for releasing such dangerous individuals back into the public.”

“Even though South Carolina operates three branches of government that are intended to be ‘co-equal,’ the legislature is ultimately responsible for the screening and appointment of judges,” Tolson wrote. “Therefore, determinations on who will be held accountable and who will be a judge are often made by individuals who are not elected by the citizens in a particular county or judicial circuit. Many of those legislators are also attorneys who may or may not appear before the very same judges they elect to the bench.”


Again … this is exactly what I have been screaming for years. And not just me, either. Advocates for victims have been calling out this broken system, too (see here and here).

“In recent years, law enforcement leaders and advocates have voiced the need for sentencing reform, bond reform, and even judicial selection reform,” Tolson continued. “Sheriffs and chiefs (from) across the state will tell you their agencies deal with the same people day in and day out. Often, even if an individual is arrested, he or she is processed through bond court and released on a nominal bond (or a personal recognizance bond) before the arresting officer can even complete his paperwork or his shift for the day.”

Backlogged criminal dockets and sweetheart plea deals for violent offenders are compounding the problem, Tolson said – frustrating efforts by law enforcement to get a handle on rising crime rates.

“These frustrations combined with increased danger, heightened scrutiny on law enforcement officers, and low pay and benefits has created an environment in which it is extremely difficult to recruit and retain officers,” he wrote.
A recent survey conducted by the SC Sheriffs’ Association and other law enforcement organizations shows there are more than 3,600 PORS (Police Officer Retirement System) vacancies at 139 of South Carolina’s roughly 315 law enforcement agencies. Realistically speaking, the actual number of PORS vacancies is expected to be in the 4,000-5,000 range statewide. This is directly impacting public safety in our state.”

To his credit, Tolson’s letter did not mince words about what needs to be done to restore the balance in our system – to swing the pendulum back in the direction of victims’ rights and public safety.

“There is tremendous need for criminal justice reform and judicial selection reform,” Tolson (above) wrote. “To eliminate the backlog in our criminal docket, our state must invest in additional judges, prosecutors, and public defenders. Additionally, judges must be held accountable for their actions – both in the bonds they set and the sentences they determine. Finally, law enforcement leaders need the assistance of their governing bodies – both state and local – to address the critical shortage of police and those officers must be properly equipped to ensure officer and public safety. Until this happens, the cycle will continue and what happened in North Augusta will continue to happen in cities and counties across our great state.”

Indeed … which is one reason I have said we should basically set the current system on fire.

Do I agree with everything Tolson wrote? No. Like many law enforcement leaders in South Carolina, I believe he overstates the impact that recreational drugs – and in particular, marijuana – have on violent crime.

“Illegal narcotics are inherently dangerous and violent,” Tolson wrote. “Yet, many in our legislature want to legalize the consumption of marijuana.”

That, to me, is a ridiculous sentence. In the vast majority of cases, it is government’s prohibition against recreational drug use which creates the conditions for violence – not individuals taking recreational drugs in the privacy of their own homes.

Aside from this glaring inaccuracy, though, I believe Tolson’s letter is one of the most direct, most important things written by a law enforcement leader in this state in a long time. Every judge and every lawmaker in South Carolina needs to read it – and take its recommendations to heart.

Otherwise, the cycle of violence in this state is only going to escalate in intensity …