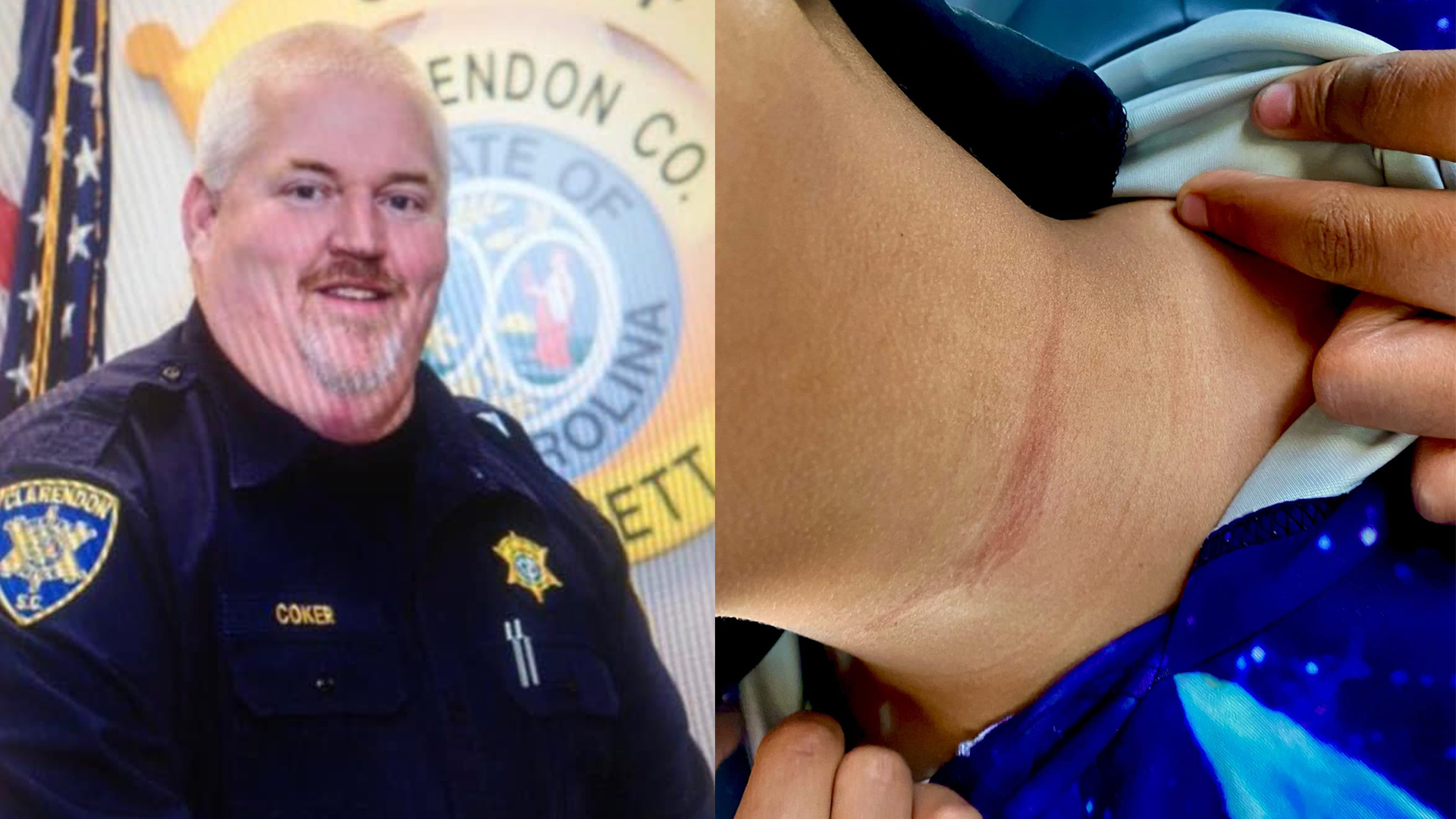 A school resource officer in rural South Carolina has been accused of illegally using physical force against a middle school student, prompting a criminal investigation, protest threats and the release of surveillance footage which has failed to resolve the situation … or ease local tensions.

Clarendon County school resource officer Jonathan Coker has been accused of accosting an unnamed East Clarendon Middle-High School student. The allegations quickly gained traction on social media – with the student’s mother claiming her son had been picked up by the neck of his sweatshirt, causing him to lose consciousness.

The Clarendon County sheriff’s department received the initial complaint from the mother on December 15, 2021 and met with her the following day to discuss the allegations. Upon learning of the complaint, Clarendon sheriff Tim Baxley asked the South Carolina Law Enforcement Division (SLED) to conduct an independent investigation into the incident.

In the course of its investigation SLED obtained the school’s surveillance tapes, which Baxley released to the media because he wants “the public to see the alleged incident in its entirety,” according to a statement posted to his department’s Facebook page.

The footage released on Thursday does not confirm the validity of the allegations. For example, it does not show the student being choked unconscious – although there are several frames in which it appears as though Coker may have grabbed the boy by his clothing (and there are also periods of time during which Coker and the student are out of the range of cameras).

I’ve put the four publicly available surveillance tapes together so that you can see for yourself.

Black Lives Matter South Carolina (BLMSC) – which is organizing protests over the incident – claims SLED did not release all of the camera angles of the incident.

“All of the footage was not release (sic),” the group posted on Facebook. “So no we not moving on (sic.)”

SLED has a track record of taking allegations of misconduct by law enforcement seriously. In mid-December, for example, Marlboro County Sheriff Charles Lemon was investigated and indicted for inappropriately using his taser against a detainee.

Sheriff Baxley has announced his intention to make public whatever information he can following the investigation. I will be sure to update readers with any additional information that becomes available.

If you would like to get in touch with me regarding this story my email is dylan@fitsnews.com. I welcome any relevant information you may have, and I’d be more than happy to facilitate your use of of this news outlet’s open microphone policy if you have an intelligent perspective on this story you’d like to share with our readers.

UPDATE: Black Lives Matter South Carolina has cancelled the protests discussed in this story after their investigation concluded the allegations against Coker were overstated.

I’d like to use this development to publicly call for groups like BLMSC to refrain from rushing to judgment and to allow time for law enforcement investigators, or even their own investigators, to conduct a through inquiry into the veracity of allegations before organizing protests around those allegations.

Failure to do so could very easily delegitimize any protests this group may organize in the future – which is particularly disappointing because there will be legitimate cases of abuse of power and racial discrimination that all citizens should join together to protest.

Clearly, though, this was not one of them …