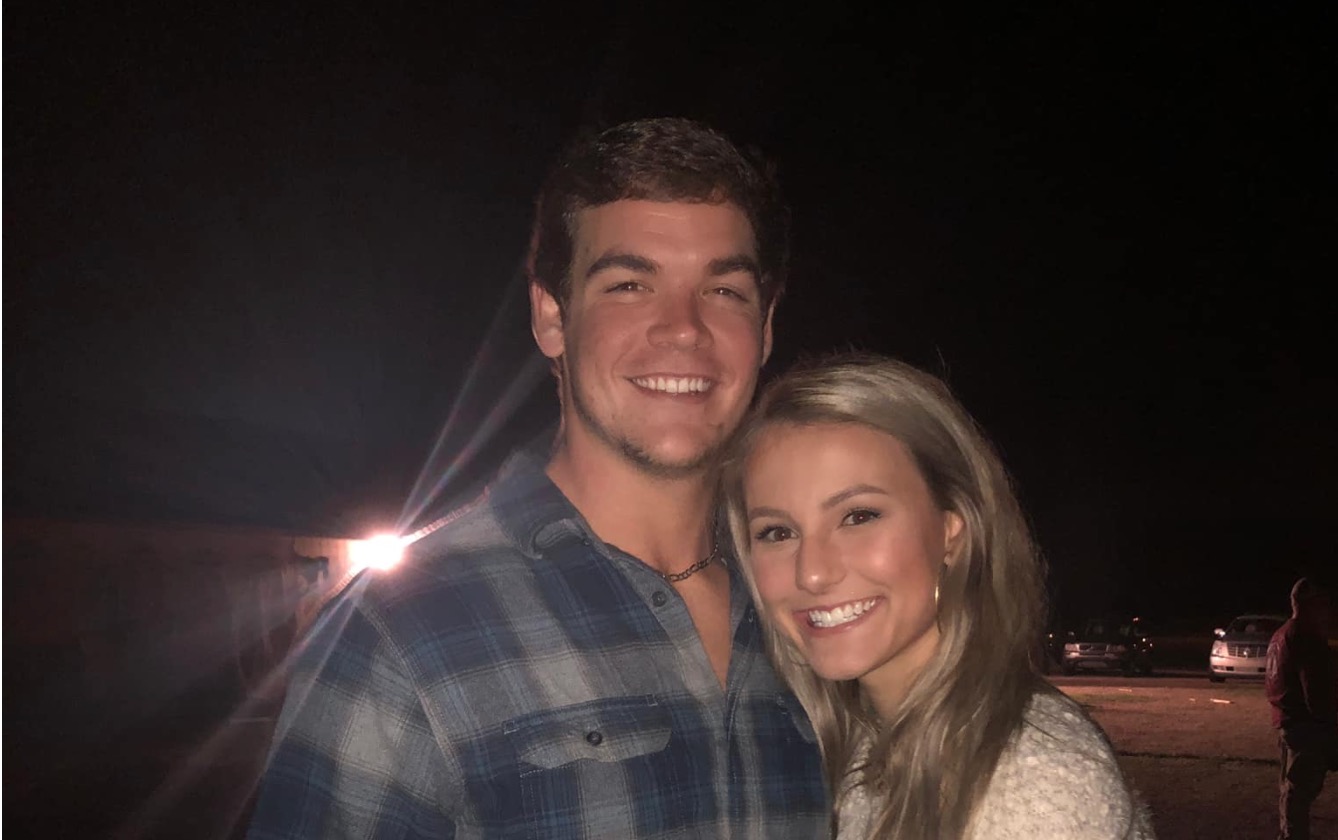 Nearly three years after he and his girlfriend were thrown from a boat allegedly driven by a “grossly intoxicated” Paul Murdaugh, Anthony Cook has joined the ongoing legal battle against Paul’s father and Parker’s gas station, accusing both of turning “a blind eye” to dangerous patterns that significantly contributed to crash.

This is at least the seventh civil lawsuit filed against Alex Murdaugh since 2019.

Parker’s and Murdaugh are facing two other lawsuits in the Feb. 24, 2019 boat crash — one from Mallory Beach’s estate and one from Anthony’s cousin, Connor Cook, who was also injured in the crash. Murdaugh is also facing four other lawsuits accusing him of financial crimes and professional misdeeds.

Anthony Cook is being represented by Patrick Carr of Carr Legal Group on Hilton Head Island and Beaufort.

Anthony Cook, who was injured in the crash, accuses Murdaugh, the owner of the boat, of negligently entrusting the boat to Paul, who was “known to have dangerous drinking behavior and boating tendencies.”

The lawsuit further asserts that Alex Murdaugh not only knew about his son’s “proclivity” for underage drinking, he was aware that Paul routinely used his older brother’s driver’s license and his mother’s credit card to illegally purchase alcohol and “in turn consume the alcohol to the point of intoxication.”

When the crash occurred in 2019, Alex Murdaugh “knew that Paul had a drinking problem” and that Paul was “unfit, incompetent, dangerous and reckless.”

Paul, who was murdered in June 2021 along with his mother, was facing three felony Boating Under the Influence Charges at the time of his death.

‘Not the First Time’

Before setting out on his father’s boat Feb. 23, 2019, Paul purchased alcohol at Parker’s 55 in Jasper County using the license of his older brother, Buster, who was considerably taller and heavier than Paul.

Cook’s lawsuit says that Parker’s and Cohen, the cashier who sold the alcohol to Paul that day, would have known an illegal alcohol sale was occurring had Cohen followed Parker’s corporate policies, which would have “triggered further inquiry or investigation” into the transaction.

“Any level of reasonable scrutiny engaged in by the Defendants herein would have led to the conclusion that this sale of alcohol should have been refused by Parker’s and Cohen.”

The lawsuit notes that this “was not the first time these Defendants had sold alcohol to an underaged customer” and that Parker’s has also sold alcohol to customers who “were known to be already intoxicated or drunk” in violation of Parker’s corporate policies and the laws of South Carolina.

The suit includes a reference to a 2016 case on Hilton Head Island, in which Parker’s and its employees sold alcohol to an already intoxicated customer who didn’t have an ID.

“Rather than deny the sale, Parker’s and its employees completed the sale of alcohol … by encouraging (the intoxicated customer without an ID) to send in a third party to purchase it for him.”

Once that sale was completed, the customer “drove away from Parker’s and struck a tree at a high rate of speed, resulting in multiple fatalities.”

According to Cook’s lawsuit, Parker’s acknowledged their culpability after they were sued in that case but that they also told the participants in that action that they “really didn’t care much about that lawsuit, and they never made any changes, improvements, modifications, or increased attention to proper employee training and safe alcohol sales policies and procedures.”

Although Parker’s has policies and procedures related to safe alcohol sales, Cook’s suit says, Parker’s “routinely violates” these policies and state law “because they are more concerned with the speed of the customer transaction and the financial profits to be realized from alcohol sales rather than safe and responsible alcohol sales.”

Parker’s emphasis on the speed of sales transactions “is part of a deliberate corporate design that is grounded in a profit motive” and “minimizes or eliminates the opportunity for proper examination of a customer’s eligibility to purchase alcohol, thereby placing the public at large at risk of harm.”

“Turning a blind eye toward these dangers,” the suit says, are “societal problems that cause many unnecessary injuries and deaths every year.”

One of those investigations is focused on possible obstruction of justice in the 2019 boat crash.

In July, attorneys representing Connor Cook dropped a petition alleging that law enforcement conspired to shift the focus of the investigation away from Paul Murdaugh.

According to multiple victims and hospital employees, Alex Murdaugh appeared to be more concerned with “orchestrating” a plan in the criminal investigation than he was about finding Mallory Beach.

Alex Murdaugh was a volunteer solicitor who reportedly carries a badge issued by the the solicitor (South Carolina’s version of a district attorney) at the time.

A security guard overheard Paul’s father on the phone saying “she’s gone, don’t worry about her” — when Mallory had only been missing for a few hours, according to the SCDNR file.

However, the lead investigator Michael Brock — who is also accused in the alleged conspiracy — wrote in his report that he told Pritcher to give field sobriety tests to both Cook and Paul Murdaugh.

Later in deposition, Pritcher said that he offered Connor Cook a field sobriety test because he was starting to “zero in” on him as the main suspect. Connor Cook refused to take the test and Pritcher “filled the sheet out for refusal.”

Paul Murdaugh was never offered a field sobriety test — so no such document exists for him.

SCDNR never sought a warrant to compel the hospital to draw Paul’s blood that night, but the hospital did anyway because he was perceived as behaving so erratically. The doctor said that no drugs were found in Paul’s system.

SCDNR spokesperson David Lucas told FITSNews that Paul Murdaugh’s blood at 4 a.m. February 24, 2019 “indicated an ethanol level of 286.1 mg/dL in serum.” According to the Mayo Clinic, that would mean he was 3.5 times over the legal limit to drive almost two hours after the crash.

The Murdaughs are out to pin it on him’

In August, the Beaufort County Sheriff’s Office released hours of dashcam video from the scene at tragic Archer’s Creek Bridge on February 24, 2019.

The videos show Anthony Cook was clear with law enforcement from the very beginning that his cousin Connor was not driving the boat at the time of the crash.

Particularly, Anthony Cook told Austin Pritcher — one of the SCDNR officers accused of manipulating his reports to favor Paul Murdaugh  — that Paul was driving moments before the craft crashed into a piling.

“Who was driving the boat?” Pritcher asked.

“(When) I grabbed my girlfriend and got down to the bottom of the boat, Paul was driving,” Anthony said.

Pritcher did not write that in his SCDNR report, however.

Instead, he wrote that Anthony “did not know” who was driving the boat.

Pritcher wrote in his report that other officers who arrived on scene “thought it was Connor Cook or Paul Murdaugh” driving the boat — yet in all of the police reports, there is no evidence of any witnesses on scene telling law enforcement that Connor was driving.

The exchange between law enforcement and “Keith” Anthony Cook (shown on video below) is one of the only recorded statements from witnesses in the case.

Because of the initial confusion in the investigation, it took two months for authorities to charge Paul with three felony counts of boating under the influence. Unlike the vast majority of felony BUI cases, Paul Murdaugh never set foot in a jail cell. At the time of his death, he was facing 25 years in prison for the charges.

Anthony told SCDNR several days after the accident that “Connor was not driving the boat” and said that his cousin Connor was scared because “the Murdaughs are out to pin it on him.”

In deposition, Connor Cook told attorneys several times that Paul Murdaugh was driving the boat when Mallory Beach was killed.