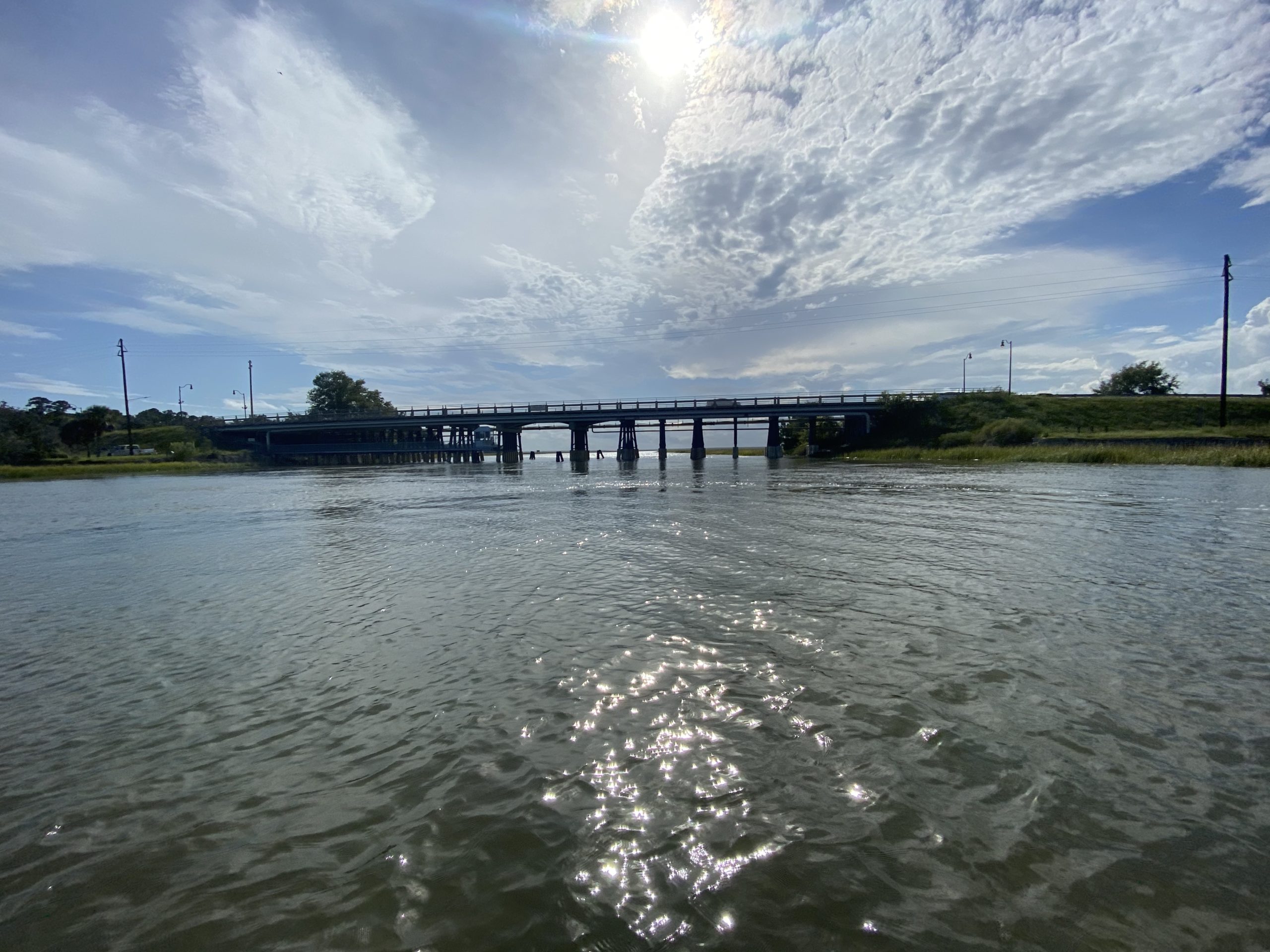 Two attorneys representing a survivor of the 2019 Beaufort County, South Carolina boat crash that killed 19-year-old Mallory Beach filed court documents Wednesday alleging that law enforcement officers conspired to shift the focus of the investigation away from Paul Murdaugh prior to him being ultimately charged with three felonies in connection with the crash.

The petition was filed on behalf of Connor Cook, who broke his jaw when Murdaugh allegedly crashed a 17-foot center console fishing boat owned by his father, R. Alexander “Alex” Murdaugh, into a piling near the Archer’s Creek bridge in the early morning hours of February 24, 2019.

The shocking court documents were filed just four weeks after Paul Murdaugh, 22, was found murdered with his mother Maggie Murdaugh, 52, on their hunting property in Colleton County, South Carolina.

An investigation into their deaths is being conducted by the S.C. State Law Enforcement Division (SLED).

The petition and accompanying documents are explosive — alleging that officers from the S.C. Department of Natural Resources (SCDNR) and the Beaufort County Sheriff’s Office possibly conspired to essentially frame Connor Cook as the driver of the boat.


The petition is a court action that would allow Cook’s lawyers to engage in the discovery process prior to potentially filing a lawsuit.

Specifically, it asks for the ability to depose the following law enforcement officers in connection with a potential lawsuit:

The petition stated that evidence from the 2019 boat crash scene “is now unable to be accounted for by law enforcement authorities.”

Cook’s attorneys, Joseph M. McCulloch and Kathy R. Schillaci, are asking the court permission to depose those five officers “about the failure to conduct an appropriate investigation,” before a lawsuit is possibly filed.

According to the petition, attorneys want to ask the officers about the failure to offer field sobriety tests on Paul Murdaugh at the scene of the crash — and question them about other “investigative irregularities” that coincidentally “resulted in loss of evidence” that would have exonerated Cook and implicated Paul Murdaugh.

Further, the court documents allege the officers “may have information of a collusion and/or a civil conspiracy to shift the blame for the boat accident away from Paul Murdaugh by wrongfully shifting the focus to Connor Cook.”

According to the petition, the five officers may know of a conspiracy “to cloud the investigatory issues and disseminate false information in the community with the intention of misleading law enforcement and prosecution charging parties, and the public, into wrongly and falsely believing Connor Cook should be arrested and charged as the boat operator.”

Officials at SCDNR, the lead investigating agency in the crash, have repeatedly said that confusion in determining who was driving delayed the investigation from the get-go.

As a result, it took prosecutors almost two months to charge Paul Murdaugh with three felony boating under the influence (BUI) charges in connection with the fatal crash.

Last year, FITSNews obtained documents showing that two of the responding deputies on the night of the crash had ties to the Murdaugh family’s law firm.

The recent court documents allege that the powerful Murdaugh family — whose members served as the solicitor (an elected position like a district attorney) over a five-county region for nearly 90 years — had other ties to the investigation that have not been reported before.

However, the petition does not name the Murdaughs as conspirators in the alleged cover-up.

Attorney Mark Tinsley is representing Beach in her lawsuit, which is still ongoing.

In the depositions, attorneys question and nearly accuse three officers — Brock, Pritcher, and Keener — of falsifying their reports to favor Paul Murdaugh, which created confusion about who was driving the boat in the initial investigation.

According to recordings from the scene played during deposition, Mallory Beach’s boyfriend Anthony Cook — Connor’s cousin — sensed the Murdaugh family influence would play a role in the investigation.

“That motherf*cker needs to rot in f*cking prison,” he yelled about Paul Murdaugh at the scene of the crash, according to recordings. “He ain’t going to get in no f*cking trouble…..My f*cking girlfriend is gone.”

In the explosive depositions, attorneys’ questions suggest that several pieces of evidence appear to be missing, including:

The three officers in question all testified to knowing of the Murdaugh family before the boat crash and each said they had some ties to the powerful family.

Michael Brock, who worked at SCDNR at the time of the crash as an investigator and now works at SLED as an alcohol control agent, admitted in his deposition that he knew the Murdaugh family.

Brock was asked multiple times about his connection to the Murdaugh family. According to his deposition:

In Brock’s deposition, he told attorneys that John Marvin Murdaugh is friends with Michael Paul Thomas, a SCDNR officer.

Brock, who was responsible for collecting evidence in the case, said he “didn’t recall” ever being removed from the case due to a potential conflict of interest, but said that “it would make sense.”

It’s unclear how long Brock worked on the case. He started working for SLED in 2020.

Austin Pritcher, the first SCDNR officer at the scene of the boat crash around 3:30 a.m., was also asked multiple times about his potential ties to the Murdaugh family. According to his deposition:

As FITSNews previously reported, two Beaufort County deputies on scene that night had direct ties to the Murdaugh family.

Staff sergeant Jason Malphrus — who supervised the agency’s response on the evening of the crash — was being represented by Alex Murdaugh at the time of the boat crash. He is not mentioned in the depositions.

Corporal Jack Keener, a Beaufort County sheriff’s office deputy, also had connections to the Murdaughs’ law firm.  In 2015, the firm, PMPED, helped Keener and his family win a $2.5 million settlement, according to court documents.

In deposition, Keener claimed he didn’t know the Murdaughs.

Why did police focus on both Paul and Connor?

In multiple depositions, attorneys played audio from the scene that indicated Anthony Cook was very clear about who was driving the boat.

Yet, reports from Brock, Keener, and Pritcher were anything but clear.

For example, Anthony Cook told Brock that he knew Paul was driving at the boat and that “Paul Murdaugh killed (his) girlfriend,” according to a Parris Island military police officer’s sworn affidavit.

But Brock didn’t write that in his report.

Instead, Brock wrote that Anthony “flipped out and was yelling at Paul” and didn’t write why he was angry at Paul Murdaugh in the aftermath of Mallory Beach’s disappearance.

Tinsley said that Brock indicated in his report he had a tape of Anthony Cook’s interview on scene, but Brock testified that he no longer had the recording.

Pritcher, the first DNR officer on scene, wrote in his report that Anthony Cook said he didn’t know who was driving the boat.

Like Brock, Keener also wrote in his report that it was “unclear” who was driving the boat.

However, he admitted in his deposition that this assessment was his personal opinion and that no one else said anything to him that would indicate Connor Cook may have been driving the boat.

What Happened With The Field Sobriety Test?

Paul Murdaugh was not administered a field sobriety test at the scene — a move that was highly criticized by the public.

So what happened with Paul Murdaugh’s field sobriety test?

Pritcher said that he offered Connor Cook a field sobriety test because he was starting to “zero in” on him as the main suspect. Connor Cook refused to take the test and Pritcher “filled the sheet out for refusal.”

Pritcher said he was trying to get a statement from Paul Murdaugh when Paul’s father Alex Murdaugh and grandfather Randolph Murdaugh III walked in and stopped him.

RELATED | Murdaugh Murders: The Latest On The Boat Crash Lawsuit And Obstruction Of Justice Investigation

“They came in and said Paul’s not saying anything else, and I told them I’m talking to Paul and they said no, you’re talking to us now,” Pritcher said.

Pritcher said that was the moment when “everything clicked in who the Murdaughs were.”

He said he knew “that they were just lawyers in the area and owned a bunch of land,” the lawsuit said.

Pritcher then went into Paul’s ex-girlfriend’s room, he testified. Pritcher described her as “skittish” and told her she was worried because Alex Murdaugh was trying to come into her room.

Pritcher’s report said that Alex Murdaugh tried to enter her hospital room while she was speaking to SCDNR.

According to depositions, it appears as though Paul’s ex girlfriend — who suffered a horrific injury in the crash —at first indicated in her statement to SCDNR that she thought Connor may have been driving, but she changed that statement within minutes. She said her head was under a blanket at the time of the crash.

Several of the boaters testified Paul appeared drunk leading up to the crash. According to depositions:

Several police reports and law enforcement officers testified that Paul Murdaugh appeared to be very intoxicated after the crash. According to depositions:

A Beaufort County sheriff’s office report said Paul was “almost aggressive towards EMS personnel” during the ambulance ride to the hospital.

These reports underscore concerns as to why Paul Murdaugh was not administered a field sobriety test.

Because of the initial confusion in the investigation, it took two months for authorities to charge Paul with three felony counts of boating under the influence. Unlike the vast majority of felony BUI cases, Paul Murdaugh never stepped foot in jail. At the time of his death, he was facing 25 years in prison for the charges.

There appears to be multiple investigations into obstruction of justice allegations in the 2019 boat crash — both on the civil and criminal sides of the law.

Weeks ago, FITSNews was first to report that Alex Murdaugh and possibly other members of his influential family were part of an ongoing investigation into alleged obstruction of justice related to the ongoing boat crash probe, according to our sources.

This obstruction of justice investigation is currently before the statewide grand jury in Columbia, S.C. according to FITSNews sources.

All of the boat crash survivors — and Beach’s family members — voluntarily submitted to questioning and volunteered to provide their DNA as a part of the double homicide investigation, according to FITSNews sources.

A source close to the family also told FITSNews that the Beaches have not been questioned again since providing their statements and DNA.

We hope these investigations will lead to answers in this ongoing mystery.

Stay tuned for the latest developments…

Vincent Sheheen Has A Problem