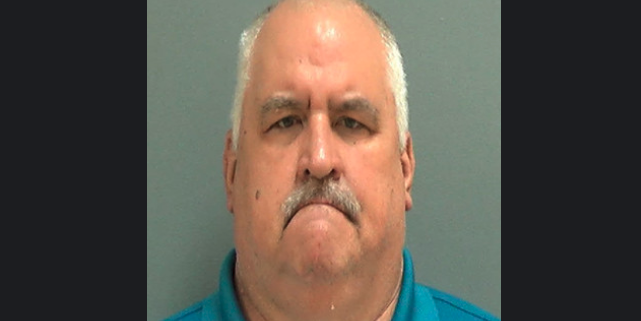 A former Darlington County Sheriff’s deputy was arrested this week after he assaulted a high school student, according to the South Carolina Law Enforcement Division (SLED).

William Kenneth Sumner, 57, was charged with third-degree assault and battery and misconduct in office in the alleged altercation on April 16 at Lamar High School in Lamar, South Carolina.

Sumner was working as a School Resource Officer (SRO) for the Darlington County Sheriff’s Office at the time of the incident.

According to SLED, Sumner got into a verbal altercation with the student on April 15.

While inside an office at the school, Sumner grabbed the student by his shirt, lifted him from a chair, and shoved him on a wall while still holding on to his clothing, according to the arrest warrant.

The incident was captured on surveillance footage.

The Darlington County Sheriff’s Office asked SLED officials to conduct an investigation on the incident.

Sumner lost his job at the Darlington County Sheriff’s Office sometime after the incident, according to SLED.

Sumner was booked at the Darlington County Detention Center on Tuesday, but released an hour after he was booked after posting a $5,000 bond.

For the assault and battery charge, Sumner faces up to 30 days in jail and/ or a $500 fine.

For the misconduct in office charge, Sumner could face up to one year in prison and a $1,000 fine. There is no mandatory sentence for the offense — which FITSNews founding editor Will Folks has argued against.

Sumner’s case will be prosecuted by the Fourth Circuit Solicitor’s Office.