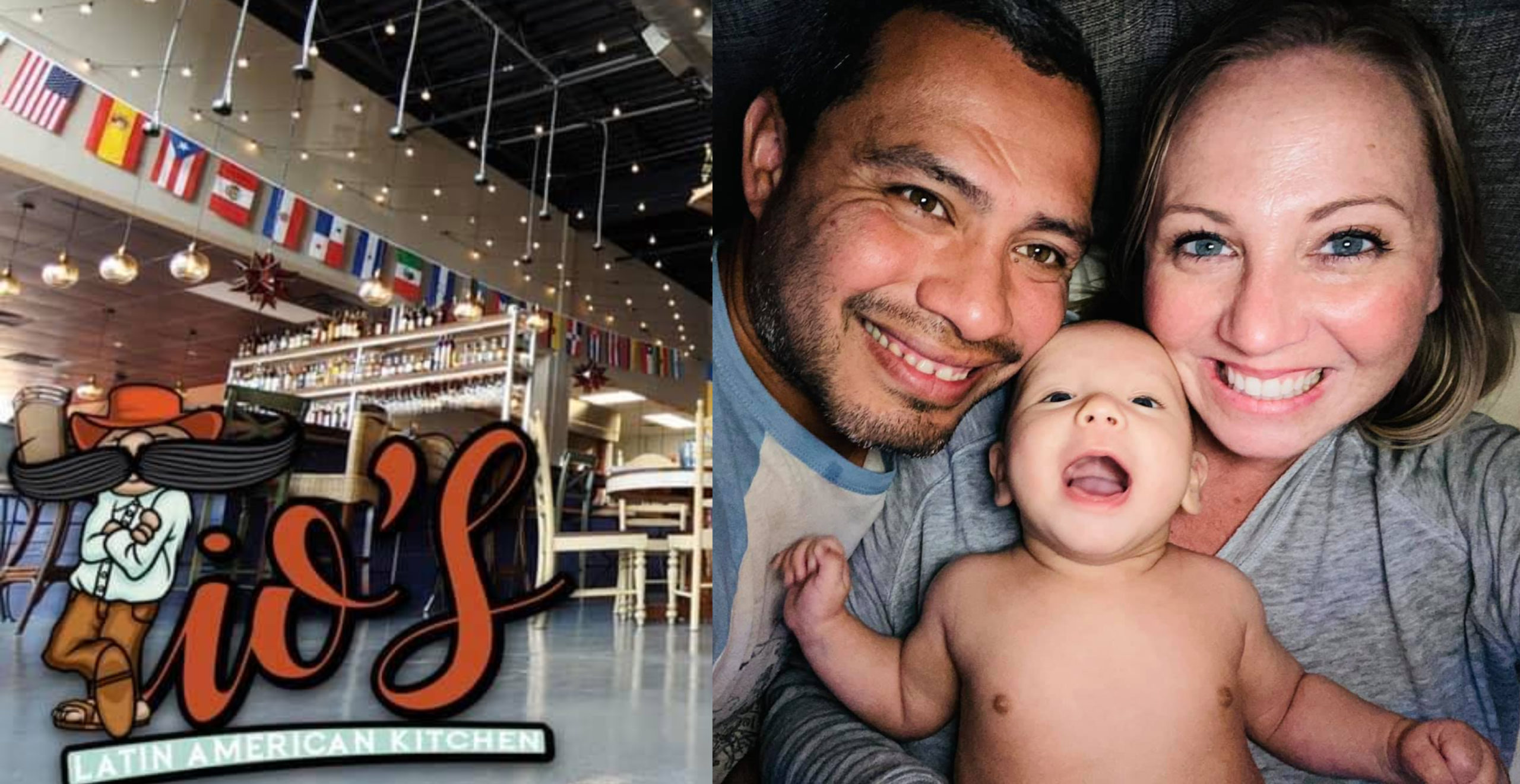 Owning a restaurant is anything but easy. Just ask the Zuniga family of Hilton Head Island, South Carolina.

Sally and Lynden Zuniga opened their first restaurant Tio’s Latin American Kitchen in 2017, closed the restaurant in 2018, and then reopened Tio’s in a different location in 2019.

Less than a year after opening Tio’s on Hilton Head, the COVID-19 pandemic struck and the rookie restaurant owners had to shift gears and think fast in order for their business to survive.

During that whirlwind year of perpetual pivoting, the couple became pregnant with their third child, who was born in November.

Now, after putting “blood, sweat and tears” into their business, the Zunigas, along with their business partner Eliaha Bitton, are proud to soon open a new location in Bluffton, South Carolina.

The 3,000-square foot restaurant is located in the booming Buckwalter area next to Kroger.

Sally Zuniga said they have the Hilton Head- Bluffton community to thank now that they’re opening up a second location — especially after the year they’ve had navigating through the uncharted waters of owning a new restaurant during a pandemic.

“If I could pick anywhere to have a restaurant, I’d pick Hilton Head and Bluffton,” she said. “I cannot begin to tell you how many people reached out and asked ‘what can I do to help support you?'”

She said the Hilton Head- Bluffton community has shown how much they care about small businesses.

“Hilton Head is a really special place — we worry about each other as much as we worry about ourselves. ” she said. “They truly wrap their arms around the restaurant industry and mom and pop places and we are just really fortunate for that.”

Born in Honduras, Lynden Zuniga moved to the United States as a teenager and found his passion with food while working in different restaurants.

With the dream of owning a restaurant in the back of his mind, Lynden worked hard and climbed up the latter to executive chef.

“We never wanted to wake up at 60 and wish we’d opened a restaurant,” Sally said.

So in 2017, the young couple with two children took a deep breath and opened Tio’s Latin American Kitchen with their business partners.

Tio’s instantly became a Hilton Head favorite. With several of the dishes inspired by Lynden’s Latin American heritage, the island hadn’t seen a restaurant quite like it.


But less than a year after opening, Tio’s abruptly closed its Main Street location due to co-ownership issues.

In 2019, Sally and Lynden opened Tio’s in the tourist-heavy area of Shelter Cove Towne Centre.

For months, their business boomed as expected.

Lynden took care of the kitchen as the executive chef while Sally ran the restaurant as the general manager. They both worked six to seven day work weeks while juggling the responsibilities of raising young children and a newborn. It was chaotic at times, but they both made it work.

In September 2019, representatives at Southeastern — the developer of Shelter Cove Towne Centre — said they had an idea.

“They said they were really excited about what we did in Shelter Cove, they asked if we would consider opening up a second location in Bluffton,” Sally said. “We always wanted to start a Tio’s in Bluffton, but definitely not that soon.”

Sally was terrified, but after looking at the books and running the numbers, she realized it was possible.

“So we thought OK, we will go through the 2020 summer season and it will be great,” she said. “We were thinking it was going to be a great season and we would take those profits to open Bluffton.”

But then COVID-19 hit in March and sent their whole world spinning.

“It was all very new and scary. We hadn’t even been open a year when COVID happened,” she said. “Then we didn’t have the summer we thought we would, so we really had to buckle down.”

The Zunigas did everything they could to keep the business running.

“It was really thinking on our feet everyday,” Sally said. “And Lynden, I don’t think he took a day off. He worked so hard. We looked at the things we could control like payroll and we met with staff and worked it out like a family. Those who needed to work got more hours.”

But after months of ups and downs, they’re ready to open the Bluffton location.

“We’ve literally put everything — when I say blood, sweat, and tears, I mean it — like everything that we have is going into opening Bluffton,” Sally said.

The menu is the same as Hilton Head for now, and it will evolve to what Bluffton customers want, Sally said.

“All of our ingredients are as high quality as we can get,” She said. “We spend a lot of money on our proteins. We have all local and domestic shrimp as close to the Lowcountry as possible. Our scallops are domestic, our crab is domestic. We do all really high quality ribeye for our steak. Our chicken is all-natural.”

She said her husband wouldn’t use any ingredients he wouldn’t feed his own family — and he sticks to that.

Did we mention they’re giving away one winner free tacos for a year?

For those with a sweet tooth, Tio’s menu has you covered with Latin American desserts.

Just like the Shelter Cove Tio’s, the Bluffton Tio’s is colorful, artsy, and refreshing inside.

The Zunigas hired two Hilton Head-area artists to give the space an eclectic and local feel.

Colorful murals brighten the walls at the new Tio’s.

A covered outdoor area is available also for those who want to eat outside.

The Zunigas plan on officially opening Tio’s Bluffton in the next few days. Check with Tio’s Facebook page for updates.

Got a small business, restaurant, nonprofit, organization, attraction, destination or other entity/ location you think would be a good fit for this feature? Email us …

Solicitor: Myrtle Beach Police Officer ‘Ambushed And Murdered’ By Citizen He Was Serving