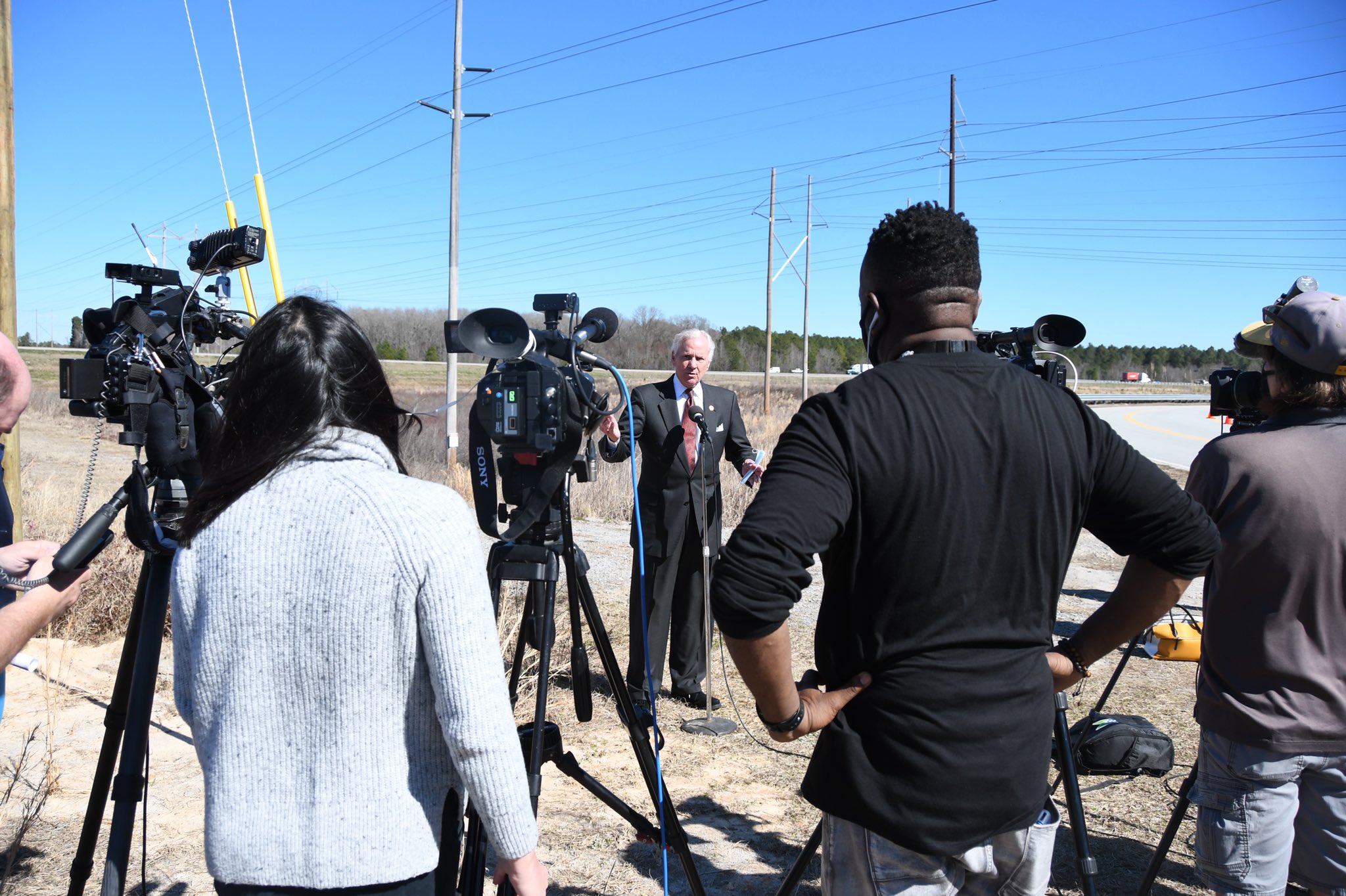 South Carolina governor Henry McMaster is personally calling members of the S.C. General Assembly and asking them to support the candidacy of former National Basketball Association (NBA) star Alex English for a seat on the University of South Carolina’s board of trustees.

Are his efforts moving the needle in this contentious battle? Or are lawmakers rebuffing his entreaties?

Pulling the lens back further, is the endangered incumbent’s decision to wade into this battle providing more fodder for those looking to challenge him in 2022?

Remember, McMaster is facing major headwinds ahead of his reelection bid next spring … with multiple credible candidates already moving against him.

To recap: English is at the center of a high-profile, politically charged fight for this higher education post – which he has held on an interim basis since last June, when McMaster appointed him to replace current law school dean William Hubbard.

Also seeking the seat are Columbia, S.C. banker Robert Dozier and Irmo, S.C. businessman Kevin Hunter – both of whom are viewed as fiscal conservatives.

Among the defining issues in this race is English’s push to rename the Strom Thurmond Wellness And Fitness Center on the university’s downtown Columbia, S.C. campus. Named eighteen years ago after the late U.S. senator Strom Thurmond – a prominent supporter of segregation during the 1960s – the building has been the focus of an aggressive renaming campaign in the aftermath of the killing of George Floyd in Minneapolis, Minnesota last Memorial Day.

English’s support for renaming “the Strom” has upset some lawmakers who still admire the late senator – as well as other lawmakers who feel the university is trying to undermine legislative authority when it comes to renaming government buildings.

Beyond that, McMaster’s lobbying campaign on behalf of English has reportedly rubbed some lawmakers the wrong way considering the governor – an ex officio member of the University board – is already empowered to make two appointments to this results-challenged panel.

In fact, one of these appointees – a top McMaster donor – was at the heart of the governor’s successful push to make retired U.S. Army general Robert Caslen the school’s 29th president in the spring of 2019.

How has that move worked out for the school? Eh …

While not unprecedented, lawmakers told us gubernatorial meddling in a university trustee race was uncommon – and unexpected.

“In a quarter century I don’t recall a governor ever asking me to support a candidate for a university board,” one lawmaker told us.

“If the governor wants to put this guy on the board so bad he should clear out one of his seats for him,” the lawmaker said. “This is our seat.”

Compounding the frustration is the fact McMaster is asking conservative GOP lawmakers to cast their votes in favor of a decidedly liberal appointee – creating a dynamic similar to the one that played out in a recent legislative election for a seat on the S.C. court of appeals.

“He’s asking us to take a bullet for him,” one Midlands Republican told us.

Lawmakers have been passing around several of English’s recent social media posts – including one in which he celebrated the recent Democratic sweep of U.S. Senate races in neighboring Georgia (and praised liberal activist Stacey Abrams for her role in securing those wins).

“Put Stacey Abrams in the history books,” English tweeted in the aftermath of the Democratic victories. “I don’t ever want to hear ‘my vote doesn’t matter’ again.”

Other tweets and retweets from English have enraged conservative lawmakers. Meanwhile, several black lawmakers have expressed frustration that English hired the son of a white Republican lawmaker to lead his lobbying campaign.

McMaster’s meddling in this race comes at a time when the university is struggling mightily on multiple fronts – especially with regard to its finances.

As our founding editor Will Folks has frequently pointed out, South Carolina is backsliding academically, falling to No. 118 on the latest U.S. News and World Report national rankings. And with the exception of women’s basketball, its athletics department has utterly imploded – with no end in sight to the terminal velocity.

Meanwhile, despite its dire financial straits the school continues investing taxpayer money in speculative real estate deals … having clearly failed to learn its lesson from the command economic debacle it fobbed off on taxpayers a decade ago.

Finally, the university is already at the tip of the spear when it comes to all manner of liberal herdthink (even though it falls well short of the diversity it demands from everyone else).


As noted earlier this week, FITSNews does not take positions in university board races owing to our founding editor’s longstanding support for the privatization of higher education in the Palmetto State (and beyond).

“Higher education must be immediately and permanently privatized,” Folks wrote in 2018. “No more government appropriations, period.  Furthermore, student loans in this country must be issued based on what the market determines to be an acceptable level of risk, not a federal guarantee.  Anything short of this will only add more destructive force to a ticking time bomb that has become an existential threat to the American economy.”

Accordingly, picking from amongst political appointees seems hypocritical in light of the fundamental belief that these institutions of higher learning must be removed from under the thumb of political governance.

Having said that, we will continue to closely follow the latest developments in this race – which is scheduled for March 3, 2021.

State lawmakers have routinely threatened to oust university trustees over their poor stewardship of the school in recent years … yet they continue to reappoint them.

Will Folks: Where Are The Criminal Consequences For Santee Cooper?