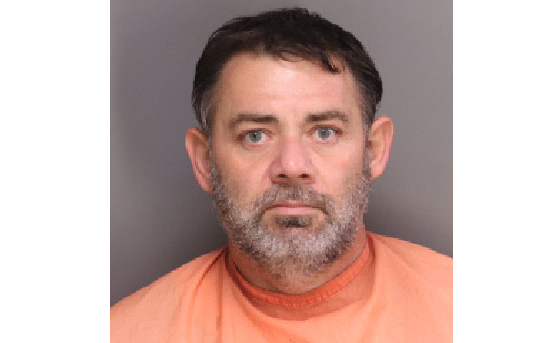 A Florence County, South Carolina man was charged with multiple felonies this week after he barricaded himself, set a home on fire, and fired shots at deputies last week, according to the South Carolina Law Enforcement Division (SLED)

Christopher J. Gaskins, 49, of Coward, South Carolina, was charged with attempted murder, second-degree arson, possession of a weapon during a violent crime, discharging firearm into vehicle while occupied, and disturbance of religious worship.

Police released details in the shooting on Wednesday.


According to arrest warrants, Gaskins left his wife a voicemail threatening to burn down his house — which is across the street from a church — and shoot law enforcement officers.

“Your house is burning down and you are gonna have a lot of death on your hands because I’m in the house loaded with guns waiting for the law enforcement to show up,” Gaskins said on the voicemail to his wife, according to police.

Gaskins barricaded himself in the home and waited for police to arrive, according to the Florence County Sheriff’s Office.

When deputies arrived, he set fire to the home and fired his gun more than 10 times, according to arrest warrants.

Two bullets hit the Florence County Sheriff’s Office vehicle while occupants were inside, the warrant said.

Florence County deputies then returned fire and shot Gaskins, according to the sheriff’s office. He was taken to the hospital for his injury.

No officers were injured in the shooting.

Because Gaskins home was so close to Coward Church of God, Wednesday night church service was interrupted.

After Gaskins was read his Miranda rights, he admitted to shooting toward law enforcement, according to arrest warrants.

The Florence County Sheriff’s Office asked SLED to investigate the incident, which was the seventh officer-involved shooting in South Carolina this year.