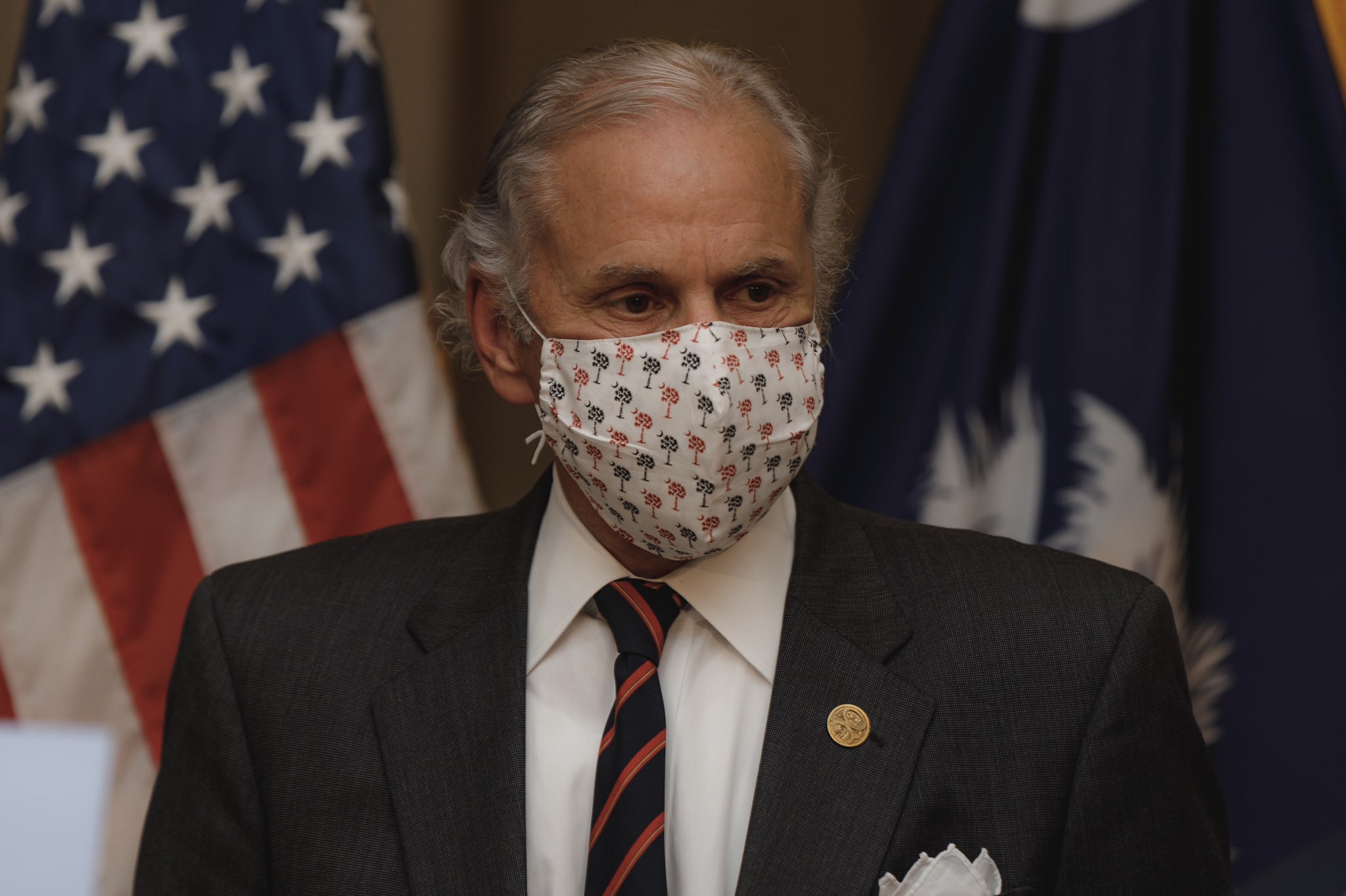 Days after she was terminated and accused of possible “criminal” activity by governor Henry McMaster, former S.C. State Accident Fund (SCSAF) Amy Cofield is petitioning her old boss for reinstatement.

In other words, this bureaucratic saga is only just beginning …

According to a letter obtained by this news outlet, Cofield’s attorney – James M. Griffin of Columbia, S.C. – informed McMaster that his client “was removed from her office without being provided any semblance of due process.”

Accordingly, he is requesting that the executive order removing Cofield from her position be rescinded – reinstating her to the head of the agency she led for the last two years pending the outcome of an investigation into allegations leveled against her.

“She was not provided notice of any allegations against her nor was she given an opportunity to respond to allegations that she engaged in misconduct,” Griffin wrote. “Instead, Ms. Cofield was informed of her dismissal in a brief telephone call with (McMaster’s staff attorney) in which she requested, but was denied, an opportunity to speak with you.”


According to Griffin, Cofield learned through the media after her firing that she was the subject of an investigation by the S.C. Office of Inspector General (SCOIG).

McMaster referred Cofield to the SCOIG last week citing “significant ethical and legal questions about the conduct of employees” at her agency. He instructed the inspector general’s office to “conduct a thorough investigation to determine whether criminal violations of state law have occurred.”

To recap: A firm employing Cofield’s husband – Jimmy Terrapin – was hired by her agency in January to a two-year contract valued at up to $600,000. According to Cofield, her agency was in the midst of building a new case management system after the spectacular failure of a similar system at the S.C. Department of Employment and Workforce (SCDEW). In fact, prior efforts by accident fund leaders to solve this problem had been an unmitigated failure – setting taxpayers back more than $1 million.

Cofield (above) knew that her husband – who has three decades worth of experience in the information technology industry – could help with the project but that it would have been improper to hire him.

However, an initial public request for proposals (RFP) yielded no responses, at which point Cofield allowed her subordinates to explore the possibility of hiring her husband – including seeking permission from state procurement officers prior to moving forward with another RFP.

The second RFP produced only one response – from the firm employing Cofield’s husband.

Cofield has told the press she had no role in the decision-making process that led to the contract being signed on January 6, 2021 – that all of those decisions were handled by her subordinates. She has also made it clear that her husband did not report to her.

“Mrs. Cofield completely removed herself from the hiring process once her husband’s employer decided to submit a bid for this award,” Griffin wrote to McMaster. “Mrs. Cofield has every reason to believe that the agency deputy directors and staff followed proper procurement protocol as directed by your agency.”

Cofield was appointed to her position as executive director of the accident fund in January 2019. Prior to assuming the job, she was an attorney specializing in workers’ compensation, real estate, and probate cases.

According to Griffin, McMaster “appear(s) to be seeking some changes to the procurement process” – specifically as it relates to allegations of nepotism.

“Perhaps there should even be a nepotism policy, prohibiting any state agency from hiring relatives of agency directors,” Griffin wrote. “However, currently there is no such policy and terminating Mrs. Cofield simply because her husband’s company successfully obtained the award, when all current procurement procedures were followed, is simply not fair.”

Cofield supporters have singled out McMaster’s former appointments czar Tommy Windsor as being the driving force behind her ouster. In fact, Cofield told reporters last week that Windsor wanted her to create the position of chief of staff at the agency and name him to the job. She said she declined to create the job (or confer it upon him) because she believed it was superfluous.

Windsor declined to comment last week when we reached out to him. Sources close to the career bureaucrat told us there was “more to the story,” however.

McMaster’s communications director Brian Symmes did not immediately respond to our request for comment regarding the letter from Cofield’s attorney. Obviously, our microphone is open to the governor’s office in the event it wishes to address this matter (or any other matter) with our readers.

According to Griffin, Cofield is “devastated over her removal and denial of her right to be heard … and defend these baseless allegations against her.”

Our view on all of this? This news outlet’s founding editor Will Folks opined last week that “the optics of an agency hiring the spouse of its director are absolutely terrible under any circumstances” and that there was “a fair argument to be made Cofield should have never entertained this possibility – no matter who gave it their blessing.”

Of course it appears Cofield’s husband was qualified for the job – and based on the information currently available it does appear she “handled the situation properly in terms of disclosing the conflict and recusing herself from any decisions related to it.”

Properly doesn’t mean appropriately, though … but as Folks noted “there is an argument to be made that Cofield did not deserve to be fired from her job based on the way she handled the situation – let alone find herself on the receiving end of allegations of criminal conduct.”