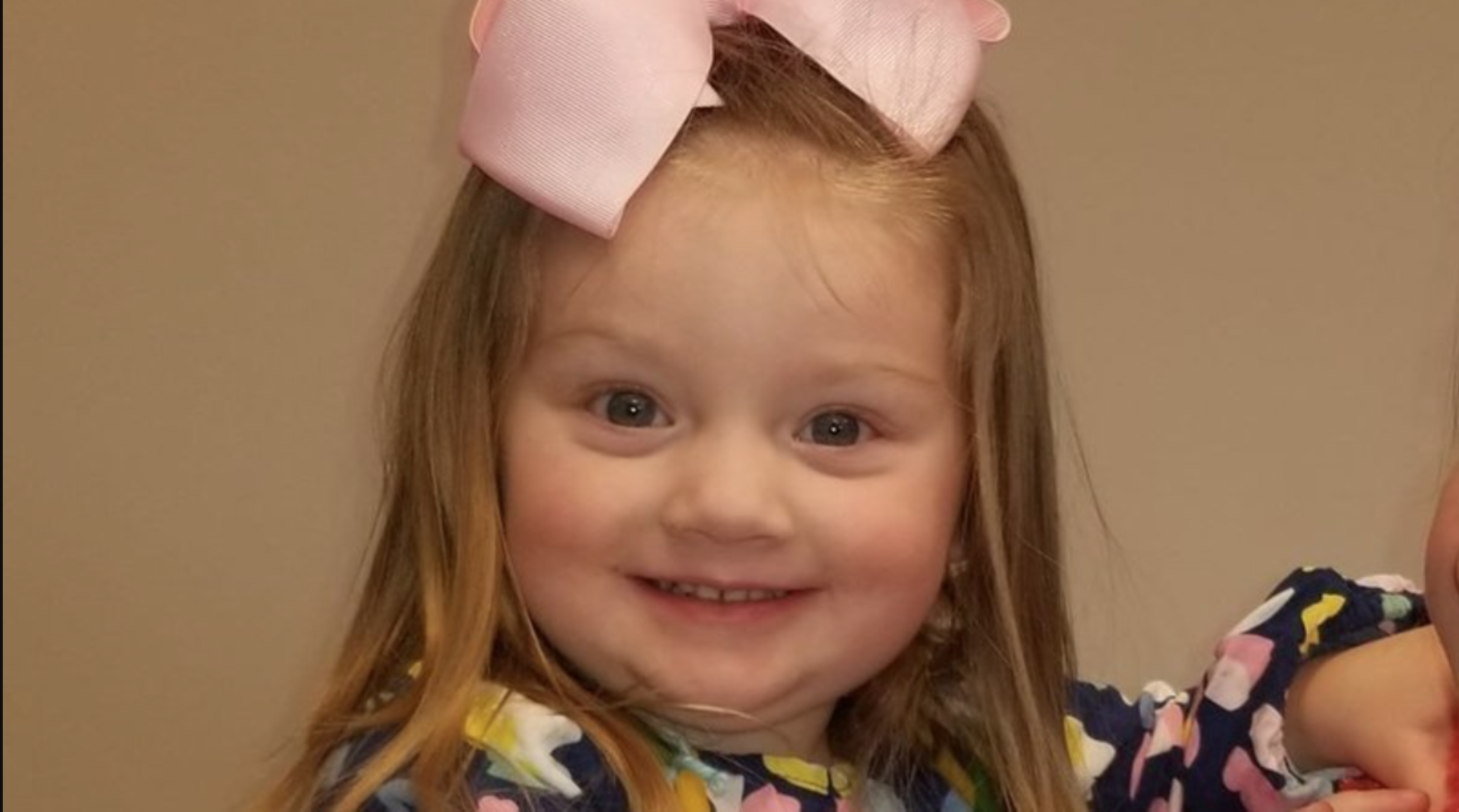 Editor’s Note: Click here for the latest update on this story

Less than a year after 3-year-old Victoria ‘Tori’ Rose Smith was placed in her new home in Simpsonville, South Carolina, her adopted parents were charged in her murder.

Now, her biological family — and the community — need answers.

In the aftermath of the tragedy, more than 3,800 people have signed a petition asking state lawmakers to reform the South Carolina Department of Social Services (SCDSS) — a scandal scarred agency whose failures are now in the national spotlight.

Supporters of the petition also want the state to give Victoria’s remains back to her biological family so they can bury her properly.

“We feel like we deserve her body because we’re her family,” Victoria’s mother Casie Phares pleaded on a Facebook video.

Phares said that they have a family plot ready and paid for. They just need their baby girl’s body.

“At the end of the day, they failed and they hurt her,” Phares said of SCDSS. “She deserves to be laid to rest with her family.”

Victoria’s adopted parents Ariel Shnise Robinson, who is known for winning Season 20 of Worst Cooks in America, and Jerry Austin Robinson were charged with homicide by child abuse on Jan. 19 — five days after their adopted daughter’s death.

Michelle Urps, Victoria’s biological great aunt, and family spokesperson said that SCDSS did not notify her family of the 3-year-old’s death. They found out about it on the news.


When Phares called SCDSS to ask if the little girl who died was her daughter, she was shut down by a SCDSS worker, Urps said.

Urps said that the SCDSS worker told the grieving mother that they didn’t owe her an explanation in the wake of her daughter’s homicide. Then they hung up.

Now, Victoria’s body is with the Greenville County coroner’s office, she said.

“All we want right now is Victoria’s body,” she said. “We need to give her a proper funeral. We need that little bit of closure.”

Why Victoria Rose Smith was in SCDSS custody

Phares, a young mother, was first flagged by SCDSS when she tested positive for marijuana in her system when she was pregnant with Victoria, she said.

Victoria, too, tested positive for marijuana when she was born, according to Urps. One of her older brothers tested negative and the other brother’s test was inconclusive.

“Things just kind of spiraled from there,” Urps said.

Phares and Urps were both clear — the kids were never abused while they were with their biological family.

In an interview (below) with a family advocate, Phares said she did everything she could do to get her kids back. She said she took multiple parenting classes and battered women classes through SCDSS.

“I didn’t have a vehicle at the time and I tried asking for help multiple times,” she said. “I just kept hitting road block after road block.”

Phares’ SCDSS caseworker would not answer her calls and wouldn’t offer any assistance when she needed help, Urps said.

The two boys ran to the neighbors while their mom was asleep, Urps said. The neighbors contacted police and that was the “final straw” for SCDSS.

“Instead of (SCDSS) helping her get housing, they looked at (Victoria’s mother) and said ‘figure it out,'” Urps said.

When Victoria’s mother went to court for custody of her children, her SCDSS caseworker didn’t warn her of what would happen, Urps said. They told her she didn’t need an attorney. She didn’t know she could have an advocate with her, or that she needed one.

Unprepared, she lost custody of her three children, which made them available for adoption.

“(SCDSS) made me feel that it was better for the kids,” she said. “I thought they were going to a loving family. I thought if they could have better, happier lives and become better versions of themselves, that’s OK. I trusted them and they failed.”

Urps said she last saw the three children in February, when they were in foster care.

“We last saw those kids happy, healthy and thriving because the foster families who took care of them before they went to the Robinson’s home were amazing,” Urps said.

Urps said that the biological family was not allowed to know the details of the adoption.

When they saw photos of Victoria on the news, the family barely recognized her. Urps said she lost a significant amount of weight since she was adopted by the Robinsons in March 2020.

Phares said Victoria was “a very good kid” who “only cried when she was hungry.

SCDSS has refused to comment on the child’s case due to privacy concerns. They confirmed with FITSNews they are investigating along with law enforcement.

What happened to Victoria Rose Smith?

Ariel Shnise Robinson told her husband Jerry Austin Robinson to call 911 when their daughter was unresponsive at their Simpsonville, South Carolina home around 2 p.m. January 14, 2021, according to the incident report.

According to the heavily redacted report (below), it appears that first responders on scene immediately suspected child abuse. The fire department placed a call to the police department for child abuse/ aggravated assault and emergency protective custody at 2:25 p.m.


By the time police arrived on scene at 2:30 p.m., Victoria had already been taken to the hospital.

Police also interviewed Jerry Robinson, who invoked his right to counsel and was transported to the Simpsonville Police Department. The report does not say when this happened.

Jerry Austin Robinson, 34, and Ariel Robinson, 29, were both charged with homicide by child abuse around 2:20 p.m. Jan. 19 — five days after their adopted daughter died.

The case was investigated by SLED, per South Carolina law in the unexpected death of a child.

Law enforcement said in the warrants they had enough probable cause to charge based on the investigation.

Simpsonville Police officials told FITSNews Monday they would not be releasing any more information in the case.

In 2013, a 4-year-old Robert Guinyard, Jr., who was placed into an abusive home by SCDSS despite repeated warnings about his safety, was brutally murdered.

In 2018, 8-month-old Camden Shaw Kidder of Anderson County was murdered by his biological parents just one month after SCDSS reportedly concluded its 11th investigation against the baby’s father.

“Where was Baby Camden’s help when it mattered?” FITSNews founding editor Will Folks wrote in 2018. “Why does this keep happening in South Carolina? Does our state ever expect these horror stories to end so long as our government keeps perpetuating the underlying problem?”

And here we are in 2021 asking the same questions about another South Carolina child’s tragic death.

In 2020, 24 children in South Carolina died due to maltreatment. Richland County had the most child fatalities caused by maltreatment in 2020.

These are all children who the state should have protected…

Victoria’s aunt told FITSNews she is working with lawmakers on “Victoria’s Bill” that would reform SCDSS.

“The system failed to keep Victoria and her brothers safe. And there are many others,” Urps told FITSNews. “We have to screen and keep contact with the families fostering and adopting children.”

The online petition specifically asks for frequent, unscheduled visits for both foster and adoptive parents, even after adoptions were finalized.

Urps said the family has been told that Victoria’s brothers are in foster care, but they don’t know where.

As the case has gained national attention this week, web sleuths around the country have poured through Robinson’s social media sites looking for answers in this tragedy.

Specifically, many are wondering: Could SCDSS have seen this coming?

In one of her standups, Ariel Robinson joked on video about threatening to punch her child in the throat while social workers visited her home during the adoption process.

However, Ariel Robinson showed a much more sensitive personality on her podcast (below). In one of the episodes, she talked about how she couldn’t watch the news because she gets too upset — especially when it comes to news about children getting abused or killed.

“I’m very sensitive when it comes to stories about children and stuff like that,” Robinson said in her podcast (below). “So when the news starts talking about kids getting abused or murdered or left in a car or things like that, I was like I can’t watch this for my mental health because I can’t stand to hear about a child being harmed. So I stopped watching the news.”

Ariel and her husband Jerry Robinson face life in prison if convicted of homicide by child abuse. They are currently behind bars at the Greenville County Detention Center and were both denied bond.

We hope to bring more details in this case in the future. Stay tuned.