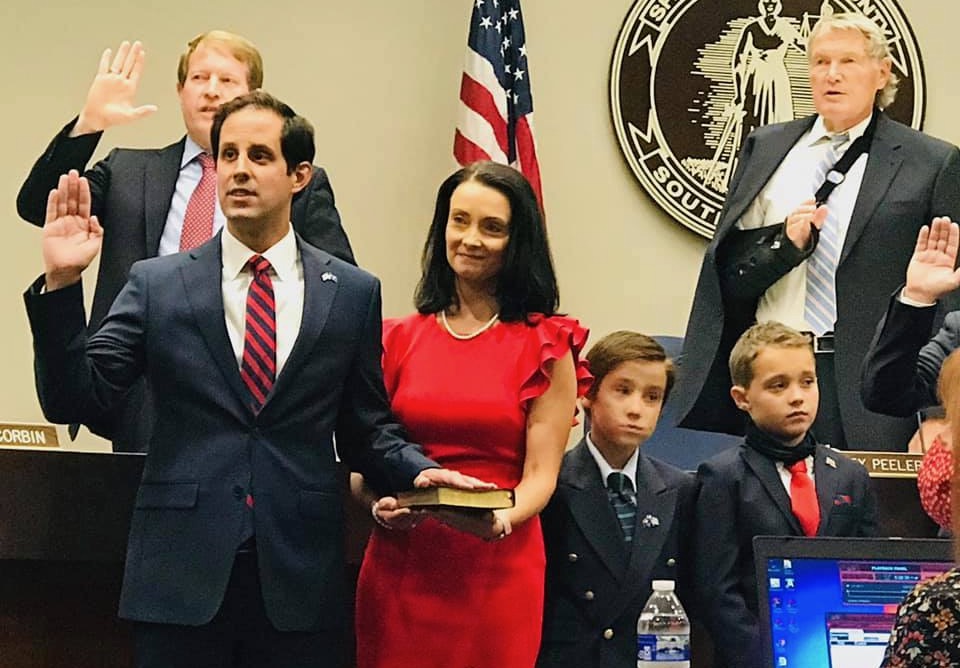 An aviation company run by a South Carolina state senator is staring down a fine of more than $100,000 from the Federal Aviation Administration (FAA) after it allegedly violated “a number of aircraft operation regulations.”

According to a July 2020 news release from the FAA, Delaware-based Exodus Aircraft LLC – which is run by S.C. senator Josh Kimbrell – improperly operated an Embraer EMB-145EP on ten flights despite the fact that “the aircraft had not undergone required inspections.”

According to the agency, these alleged violations occurred between May 5 and December 27, 2019. As a result, the agency proposed a $101,250 “civil penalty” against Exodus Aircraft.


Exodus brands itself as a company which “believes in bringing back the glory days of aviation, where flight crews were impeccably attired, service was exceptional, and flying was a destination in and of itself.”

Kimbrell – a devout social conservative – has also stressed that Exodus is “a God-honoring company,” one which seeks to “make an impact for Christ through all of its flight operations and through all company and associate interactions.”

A spokesman for Kimbrell told us the FAA penalty was “proposed, but … never assessed” and that Exodus is currently “seeking a dismissal” of the proposed penalty.

According to the spokesman, the Embraer plane in question was undergoing routine “relocation flights for maintenance” – and that the FAA’s flight standards district office in San Juan, Puerto Rico was aware of its voyages.

“There were no passengers on (these) flights – crew only,” the spokesman told us. “They were simply relocation flights to get the plane to (its) maintenance.”

Sources familiar with the complaint told us the issue was likely a bureaucratic turf war – an “interagency dispute between two offices of the FAA.”

Still, Kimbrell’s critics maintained the issue demonstrated he was “unscrupulous” in his business practices.

Do we concur with that assessment? No … at least not based on what has been alleged in this case.

FAA officials did not immediately respond to our request for comment on the Exodus Aircraft appeal. In the event we receive a reply from them, we will certainly provide that information to our readers.

A conservative activist and radio host, Kimbrell ousted veteran Democratic state senator Glenn Reese in the battle for S.C. Senate District 11 (.pdf) last fall. The 36-year-old resident of Boiling Springs, S.C. received 55.34 percent of the vote against Reese – part of a “red storm” that swept across the state and significantly expanded the GOP majority in the S.C. Senate.

Will that expanded majority mean anything tangible for South Carolina citizens and taxpayers?

Prior to running for the S.C. Senate, Kimbrell ran unsuccessfully in 2018 for the S.C. fourth congressional district seat – which was ultimately won by U.S. congressman William Timmons, one of his longtime political rivals.