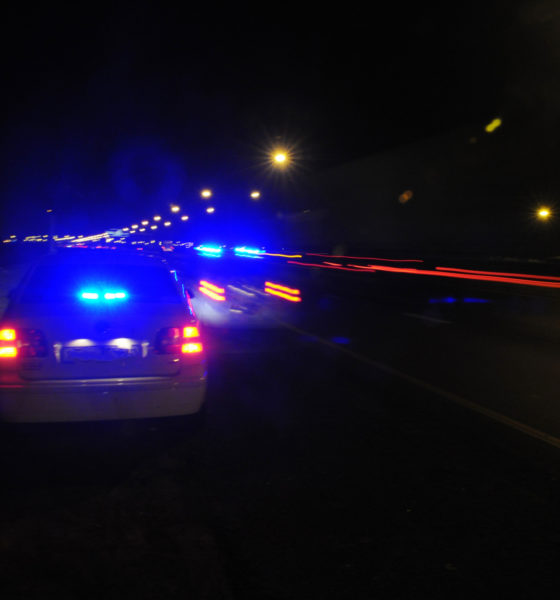 Officials from the South Carolina State Law Enforcement Division (SLED) are investigating after an armed and dangerous suspect who shot at police and led them on a 40-mile chase through multiple counties was found dead in Chester County.

The incident started Sunday when Lancaster County deputies responded to a domestic violence call, according to SLED.

The suspect, identified as Tre-Kedrian Tyquan White, fired shots at deputies and fled the scene, leading police on a chase into Chester County, according to the Chester County Sheriff’s Office.

The chase went on for more than 40 miles.

White then wrecked his vehicle near the entrance of the ATI Specialty Materials Plant on Lancaster Highway and took off on foot, according to the sheriff’s office..

“White stepped into the roadway of Hwy #9 and flagged down a vehicle in an effort to carjack the driver,” sheriff’s office officials said in a news release. “The driver happened to be an undercover Chester County Sheriff’s Deputy responding to the incident, traveling in an unmarked vehicle.”

White pointed a gun at the undercover deputy and tried to enter the passenger’s side of the vehicle, the news release said.

The deputy, feeling afraid for his life, then shot White, according to the sheriff’s office. White then ran off into the woods.

Law enforcement immediately searched the area and found White dead in the wooded area on Sunday evening. Police recovered a firearm at the scene where they found White.

The man’s cause of death is under investigation.


According to a statement from his family, White struggled with mental health problems and did not have a criminal history before this.

“While we do not condone his actions, please understand his family was actively pursuing help for him,” the family statement published by WSOC said. “We would like to send a special thank you to Sergeant K. Aldrige with the Lancaster County Sheriff’s office and the Sheriff at the scene (ATI perimeter). These two showed kind hearts and understanding for Tre’s mind state.”

No other injuries were reported in the incident, according to SLED.

The Chester County incident was the first officer-involved shooing in 2021 in South Carolina.

South Carolina saw a record-tying 49 officer-involved shootings in 2020, according to a news release from the State Law Enforcement Division (SLED). That matches the mark set in 2017 – and continues a troubling escalation of this metric.

Last year, Chester County had one officer-involved shooting in November, when shots were fired during a confrontation on High Tower Road in Fort Lawn. There were no injuries in that incident.