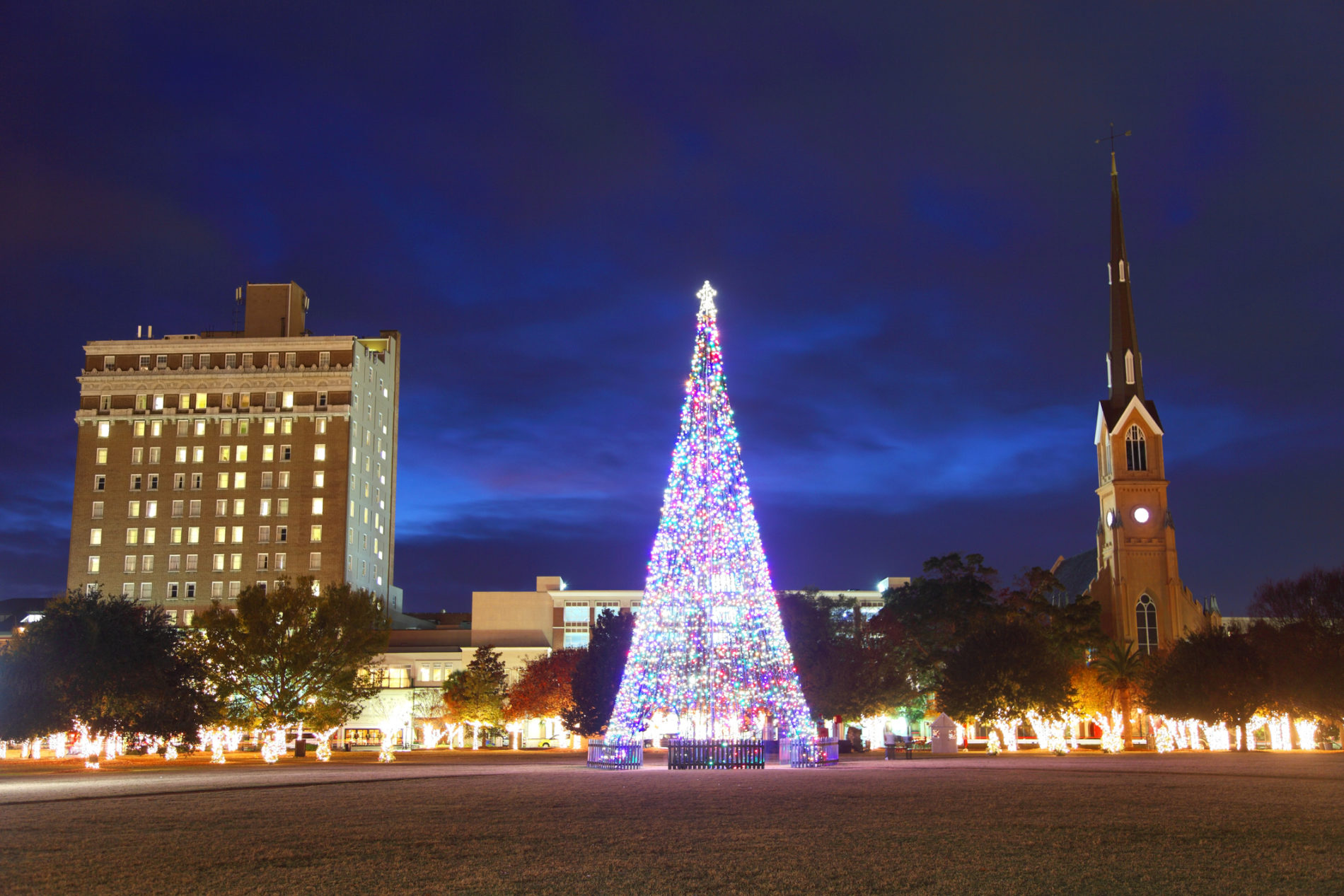 If 2020 seems like the longest year, the seventh season of Bravo TV’s Southern Charm feels like the longest season – death by a thousand paper cuts, or being pecked to death by ducks. Sorry fans, but it’s like a slow motion car crash which ultimately ends in a fender bender.

Sure, we are all a bit cranky … but do you really want to watch others be whiny (only in better weather)?

When we last left our Charmers, there was a girls-only meeting of the anti-Calhoun society (I wonder … were the boys too busy trying to get an infectious disease?).

Craig Conover proclaimed that the worldwide Covid-19 pandemic was skipping Charleston, and Austen Kroll was debating girlfriend Madison LeCroy about who took more risks while the virus was running amok.

He was in bars … she was earning a living. Potato, putahto.

In seasons past, much of the cast was exhausting – but with good humor. At this point, though, there is all of the fatigue without so much as a giggle (unless you count the facial expressions of Craig’s business partner, a Yankee – I say, a Yankee – who is indubitably a buzzkill dammit on the HSN parade).

This week, Leva Bonaparte and her sister Mona are attending Charleston’s most depressing picnic in the park in the sweltering heat with no food and just a bottle of water … watching a freaky statue of John C. Calhoun coming down in slow motion.

Watching this over twelve hours from home in the air conditioning (with a cold beverage) would have been far more enjoyable. Or cooler. Or, they could have rolled taped from a similar Calhoun activity at Yale Law School four years ago when cast member Kathryn Calhoun Dennis first publicly commented that she thought the statues should come down – and that the school should be renamed.

But we wouldn’t want to stop Bravo from once again making a point a day late and a dollar short.

Next we visit another park with cast newbie John Pringle (Mingle?) and his sons – Asher and Quinn – tossing a football. John explains that his ancestors go back eight generations in South Carolina, and while he’s sure they did some “bad shit,” he doesn’t know if they owned slaves.

Really? I think it would have been historically notable if they were the only patrician white guys picking cotton, rice and tobacco. If you don’t know, you don’t want to.

Not to get too far afield, but it’s a simple Google search, or a minute on Ancestry.com. I don’t think you’d be allowed to enjoy the feeling of your head in the sand if you were female and under sixty. To put a finer point on it, they kept census reports back then – and slaves were listed as property by age and gender back then.

So take some Tums and pour yourself a stiff drink, Pringle … it could be a long 15 minutes on the laptop.

Shep Rose rings Pringle, and says that he has tested negative for COVID, but that “everyone else is positive.” It seems Shep is alone with doggy Craig while girlfriend Taylor Ann Green has gone to stay with positive boy Craig and his girlfriend/ houseguest who came to Charleston simply for the Corona and a bad game of pool.


We return to Leva at the park, where taking down the statue is taking a lot longer than expected because they are apparently trying to maintain the statue. Otherwise, a wrecking ball would have done the trick in about ten minutes.

Over at Craig’s rental, Kathryn drives by to deliver some beer and goodies – which are obviously the cures for Corona. Girl has her extensions out and her scalp breathing! Woohoo! She gets a talking to from Craig who tells her that even though a reckoning is hard, you have to keep trying. Fair play, Craig, mazel tov on the HSN.

Natalie, Taylor and Craig seem to be living their best after school daycare, with baking, puzzles, and adult beverages, while Austen is alone again, naturally.

As for Shep, he is proud he has tested negative for COVID four times. What is it with this guy? Dr. Anthony Fauci needs to test Mr. Rose’s immune system to figure out how he is repellant to bacteria and viruses.

At casa Madison, her friend Venita stops by for a glass of bubbly and a chat about the turnoffs of Peter Pans for women who earn their own dosh. And speaking of the Lost Boys, we get to tune in for a four-way Zoom call with Shep, Craig, Austen, and Southern Charm creator/ producer/ sometimes-cast member Whitney Sudler-Smith in the library with an electric guitar.

Craig says “can you believe Austen got COVID?” I am hoping this is sarcasm, because we all can believe it. Instead of calling this episode “Love Sick,” they should have called it abject denial of reality, as Austen is blown away that he is a COVID statistic. Did you think only people who lick public bathroom fixtures get this? But again, this is the guy without the foresight to have his beer in cans for a global lockdown.

We do another back and forth between the Zoom call and Madison’s porch – once again rehashing why the relationship with Austen doesn’t work (and won’t work) . Yes, it’s another slow-motion car crash without a satisfying ending. Well, unless perhaps the self-described horn-dog Pringle has his way.

Madison says she sees herself married and having kids in the next five years, but something tells me in her mind’s eye the face on her husband isn’t Austen’s.

The line of the night? “Do you think I’m going to be judged for getting COVID?” It’s not that you got it, Craig, but it was your basement bunker views before you got it. First episode people were putting money on you being the most likely, but Austen beat you to it. Glad you are feeling better.

Danni Baird (also Covid-19 negative) brings Lucy to Shep’s house for a surreal playdate with doggy Craig. Once again, we go over the checklist of those with cooties.

Buckle up for a phone chat with Kathryn and Leva, with what seems like foreshadowing from Shep and Danni. I don’t think anyone would disagree Kathryn’s use of a monkey emoji in criticizing a black woman during a social media spat was awful and totally cringeworthy (and then doing the stereotypical think by seeking out an acquaintance of color for a reckoning was almost as bad).

But … if we are going to do a chase and a wreck, can we pick up the pace? This is excruciating.

There is a long list of things Kathryn can do wrong at the point, and having the wisdom to do something right feels unlikely. I don’t know who needs to hear this, but being self-aware is not a hallmark of a Southern Charm cast member.

I appreciate Leva’s passion – and I don’t disagree with her on much – but there is some irony that this show is exclusively featuring her for a history lesson, which also seems, umm, inappropriate. This gal is a successful business woman with several clubs and restaurants that she kept afloat in a pandemic – and it seems like we could delve a bit deeper.

It’s as if Bravo had a semi-awakening that there could be a downside of glorifying southern culture and called a person of color for some tips.

Again I would ask … just how much reality do we want with our reality television?


Off to the t-ball batting cages with the Pringles – who are joined by Madison and Hudson. The boys together are so cute. It’s interesting to see Madison alongside a man with kids, a bit older, and slightly more world-weary.

Back at Craig’s for the HSN virtual pillow party, while Patricia Altschul and Whitney watch the show from across town. I like Craig’s pillows, and they scream Rehobeth/ Bethany beach house. It looks like things went well for him, and it’s nice to see a good guy win.

At Madison’s, Austen has finally tested negative and wants to drop by for a glass of wine. Girl still has her edges, though, and is not ready to forgive and forget. In the ‘people don’t learn from their mistakes’ column, Austen is defensive, when an “I’m sorry, I messed up, and I’ll do better” would have done the trick. Soon it turns personal, with a suggestion that she doesn’t want to carry his ass for the rest of her life.

Ouch. Dumped, thank you, next!

Kathryn arrives at Danni’s – and things are tense. Anyone who has watched this series knows that Danni is a sweetheart. She is loyal and grounded – and this is a ‘no more bullshit’ moment for the woman who has the most patience on the series (if not on Bravo). Body language says everything, and Danni has both her arms and legs crossed. Watching a standoff between two people who don’t like confrontation (and suffer from anxiety) is just one more cringe moment, but I’m assuming that Kathryn knew she had it coming. Ugh.

Speaking of confrontation, it seems that that’s all we have to look forward to next week. That and peeing in Patricia’s hedgerow (which unfortunately is not a euphemism).

Until next week … I need a nap!