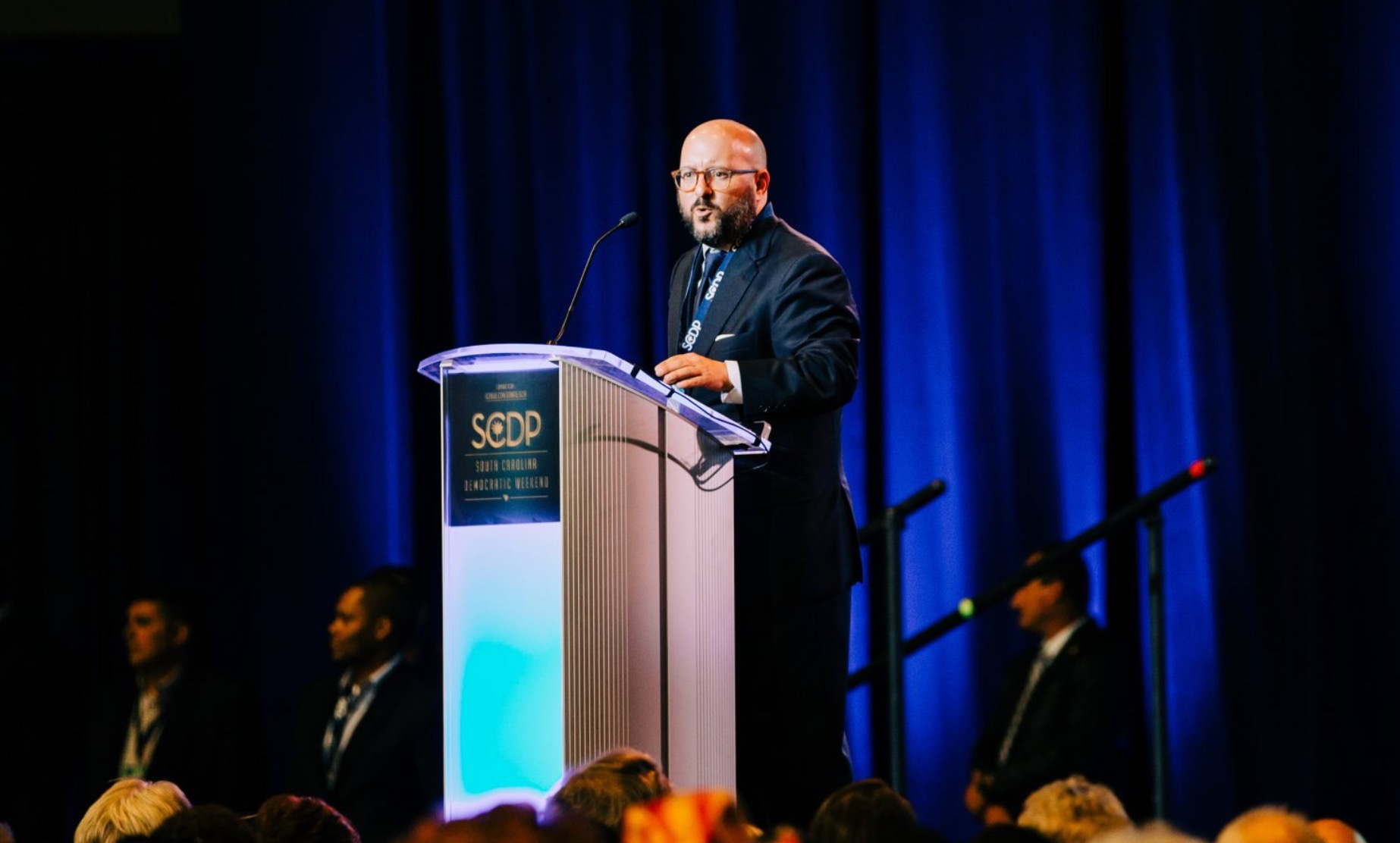 by BYRON WELLMAN | Much like former University of South Carolina head coach Will Muschamp, S.C. Democratic Party (SCDP) chairman Trav Robertson’s career of failure can no longer be overlooked or dismissed.

Just this past election cycle alone, with Robertson as chairman, South Carolina Democrats suffered the worst electoral defeat in the past sixteen years that I’ve been involved in the state’s politics.  Democrats in the State Senate were electorally slaughtered, leaving Republicans with what amounts to absolute control of the chamber.  The losses included the one-time Democratic nominee for governor, Vincent Sheheen, whose failed campaign Robertson ran in 2010.

And it is absolutely impossible to overlook the $130 million loss of Jaime Harrison against the politically weak, and frankly disgraceful, Lindsay Graham.  The opportunity of having such a weak incumbent combined with a truly historic fundraising haul was most certainly once in a generation, if not once in a lifetime.

But after raising all of that money, and having the Democrats political best like Robertson at the helm, Jaime Harrison’s fate was only marginally better than the bizarre and anomalous campaign of Alvin Greene in 2010.

The problem that I find most disturbing with the U.S. Senate race was that Jaime Harrison was an excellent candidate. He has a strong understanding of policy and how congress works, he has a strong understanding of the everyday struggles facing our families, our businesses, our communities and a truly legendary fundraising ability.  What he did not have, however, was a professional ground game properly organized to persuade, inform and turn out voters. This was a complete failure of professional electioneering infrastructure.


For this, both he and Robertson share the blame equally.  They both have been in the same leadership position, they both have been responsible not only for Democratic performances on Election Day but for the work that must be done in the years between elections.  That work, that hard work of organizing, simply has not been done in any meaningful way.

And despite the best efforts of a small band of Democrat (this author included) – who have been screaming from the mountaintops for over a decade that Democrats in the state must fundamentally change how we run our campaigns – the leadership establishment likes to think that they know better.  The only problem is that Robertson and other establishment leaders have yet to prove they know better.  They continue the same tired and failing strategies, perpetuating losses cycle after cycle while those voices of dissent are marginalized by establishment leaders who pick consultants and staff based more on their success at kissing ass and smiling pretty than their success in delivering so much as a single vote to the polls.

For me personally, Democrats’ political success is more than just the superficial pride that comes with victory.  Like so many others in the professional political arena, we are driven by the belief that the policies we support will positively impact the lives of our families and our businesses.  The pandemic that we are all inescapably facing has brought to the forefront just how important it is that we have the right people and policies in place to protect us.  To quite literally protect our lives.  But to do that we must first win.  Period.

The kicker is that it is possible for Democrats to win statewide in South Carolina.  IT. IS. POSSIBLE.  But it will never happen as long as we continue to listen to the same failed losers, or worse yet, elevate them to leadership positions where we must endure their continued failure for years.

Byron Wellman is the founder of Arbiter Strategy & Media, a full-service public relations firm working with political, corporate and non-profit clients across the Southeast.  He has 16 years of professional political experience working on campaigns at the local, state, federal and presidential levels in South Carolina, New Hampshire, Iowa, Florida, Georgia and West Virginia.