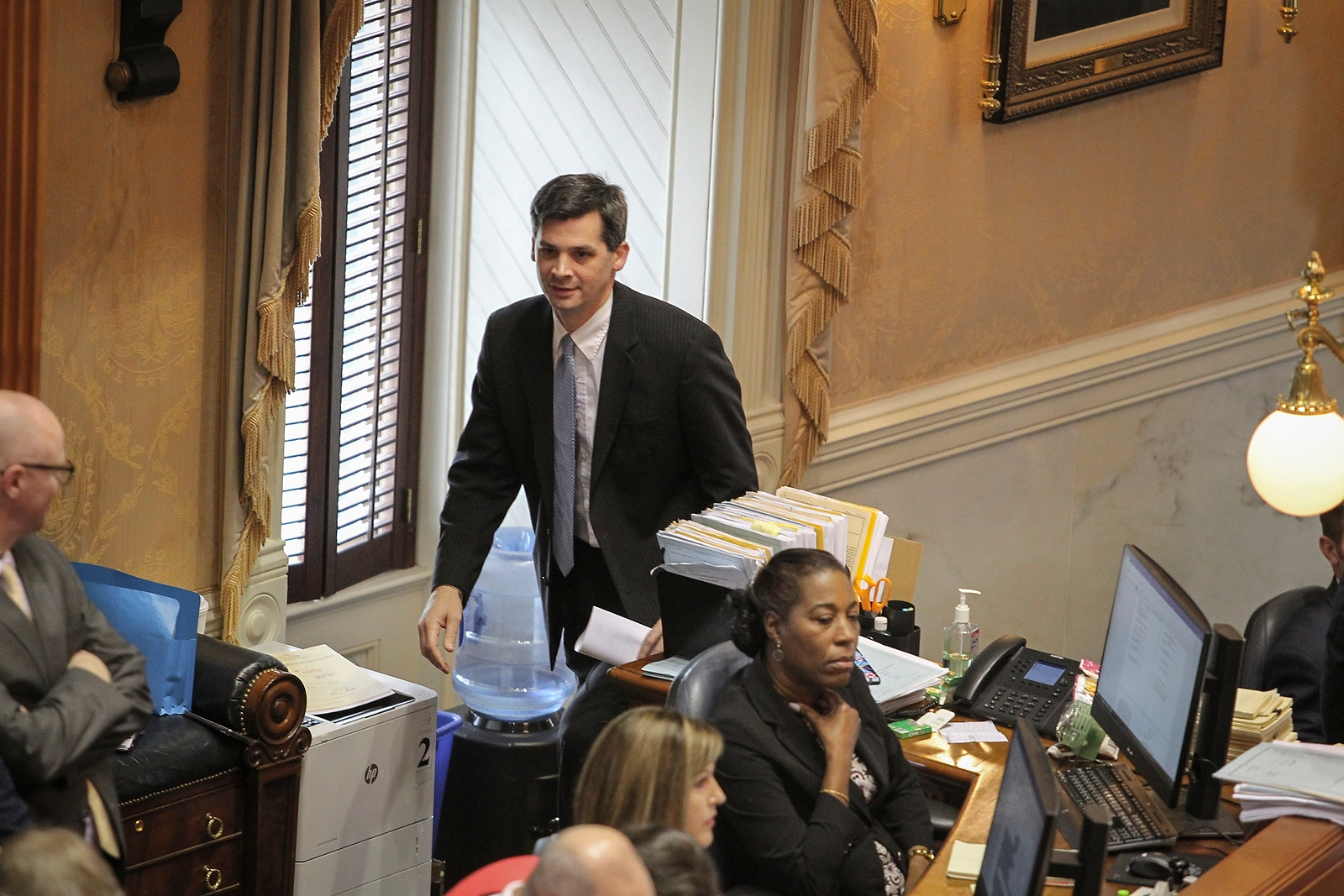 “Dan Ray is very bright (and) understands the issues,” Massey tweeted. “He wasn’t there for the fraud. He’s a straight-shooter and good guy.”

That’s a reference to NukeGate – the botched construction of a pair of abandoned nuclear reactors in Jenkinsville, S.C. Enabled by lawmakers, the government-run utility and its crony capitalist partner SCANA were supposed to have produced a pair of next-generation pressurized water reactors at the V.C. Summer nuclear power generating station in Fairfield county in 2016 and 2017, respectively.

Just a week before pulling the plug, the utility proposed another round of massive rate hikes on its consumers to pay for the project – which it repeatedly lied about to the public and to its bondholders.


As if that weren’t bad enough, Santee Cooper gave its former CEO a $16 million “golden parachute” – and is still subsidizing his criminal defense bills.

Since the collapse of this project, Santee Cooper has been desperately trying to remain under state control – arguing it can “reform” itself and does not need to be offloaded to the private sector (something we argued should have been done over a dozen years ago).

The problem? All of the financial assumptions associated with Santee’s reform plan have fallen by the wayside – leaving the utility with no real option for addressing its mountain of debt without raising rates on customers.

In fact, the utility’s financial situation is so dire it is currently relying on state courts to lock in punitively high rates for its industrial customers. That includes a Lowcountry aluminum smelter that is one appeals court ruling away from having to shut down a facility that will cost the Palmetto State 600 jobs – at a time when the state’s employment situation is in serious crisis.

Oh, Santee Cooper is also relying on a rash of new borrowing – even though such red ink moves are expressly prohibited under the terms of a recent settlement with ratepayers as well as a state law passed earlier this year aimed at preserving lawmakers’ ability to offload the embattled utility to the private sector should they choose to do so.

As we reported exclusively last month, Santee Cooper executives had also ramped up discussions with a Georgia-based power company that lawmakers had expressly ordered them to stop negotiating with last fall.

To his credit, Massey added in his tweet praising Ray that Santee Cooper “desperately needs a house cleaning” and that its “whole board” and “management team” should be canned.

“Somehow you interpret that as defending them?” he fired back at us.


Also, Massey left absolutely no doubt as to his position on the matter in interviews with reporters John Monk and Maayan Schechter of The (Columbia, S.C.) State for a story that ran over the wekend.

Massey told Schechter and Monk that Santee Cooper “is not completely forthcoming” and doesn’t share pertinent information with lawmakers.

“They aren’t transparent,” he said. “They aren’t accountable … Santee Cooper does these things, and they don’t tell anybody, and then they come and say, ‘We’ll do better next time.’”

According to the Senate leader, this lack of transparency and accountability might lead a reconfigured chamber to sell Santee Cooper to Florida-based NextEra Energy – which has submitted an approved offer to purchase it.

“With every day that goes by, I lose more and more confidence in the agency’s ability to address any of the core problems down there,” Massey told Monk and Schechter.

Will Muschamp Is Out At South Carolina