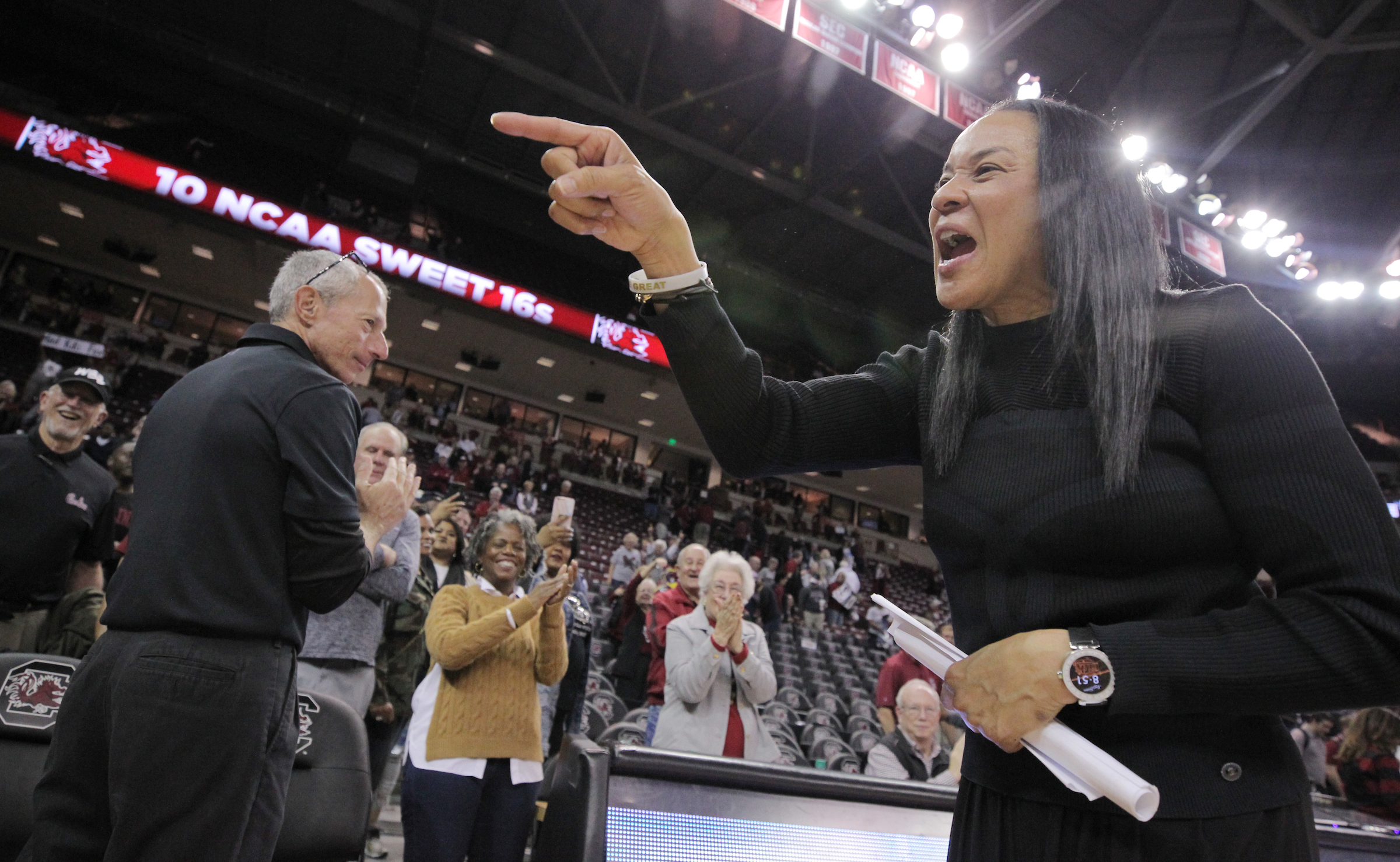 For the first time in school history, the University of South Carolina women’s basketball program will begin a college basketball season ranked No. 1 in the nation, according to The Associated Press’ preseason poll.

South Carolina posted a dominating 32-1 record in 2019-2020 – winning the Southeastern Conference regular season and tournament championships. The Gamecocks were ranked No. 1 nationally for the final ten weeks of the season after reeling off a school-record 26 consecutive wins.


South Carolina was favored to win their second NCAA title in four seasons, although the coronavirus pandemic forced the cancellation of the tournament.

Prior to Staley’s arrival in Columbia, S.C., the Gamecocks had just eight all-time NCAA tournament appearances and had never advanced beyond the Elite Eight.

Staley welcomes back nearly 70 percent of last year’s scoring output and 65 percent of its rebounding talent – including sophomore forward Aliyah Boston, who racked up numerous accolades last season after averaging 12.5 points per game and 9.4 rebounds per game.

Boston won national Freshman of the Year honors, and was also honored with the Lisa Leslie award – which is awarded annually to the top center in the country.

Sophomore guards Brea Beal and Zia Cooke also return to the hardwood for Staley – who has posted an amazing 305–98 record at South Carolina (including a 138–52 mark against conference opponents). Prior to that, Staley posted a 172-80 mark with six NCAA tournament appearances at Temple.

Hired by former South Carolina athletics director Eric Hyman in 2008, Staley has been one of the few bright spots for Gamecock fans in recent years. Her program has achieved and maintained excellence, unlike the backsliding football and baseball programs.

Meanwhile, the Gamecock men’s basketball program has not made it back to the NCAA tournament since its improbable run to the Final Four in 2016-2017.

It remains to be seen whether fans will be allowed to attend any college basketball games during the 2020-2021 season due to rising coronavirus concerns. As of this writing, South Carolina’s women’s basketball program is not selling season ticket packages – choosing to offer “fan cutouts, virtual sellouts and watch party packs” to its fans instead.

Is Jadeveon Clowney A Bust?