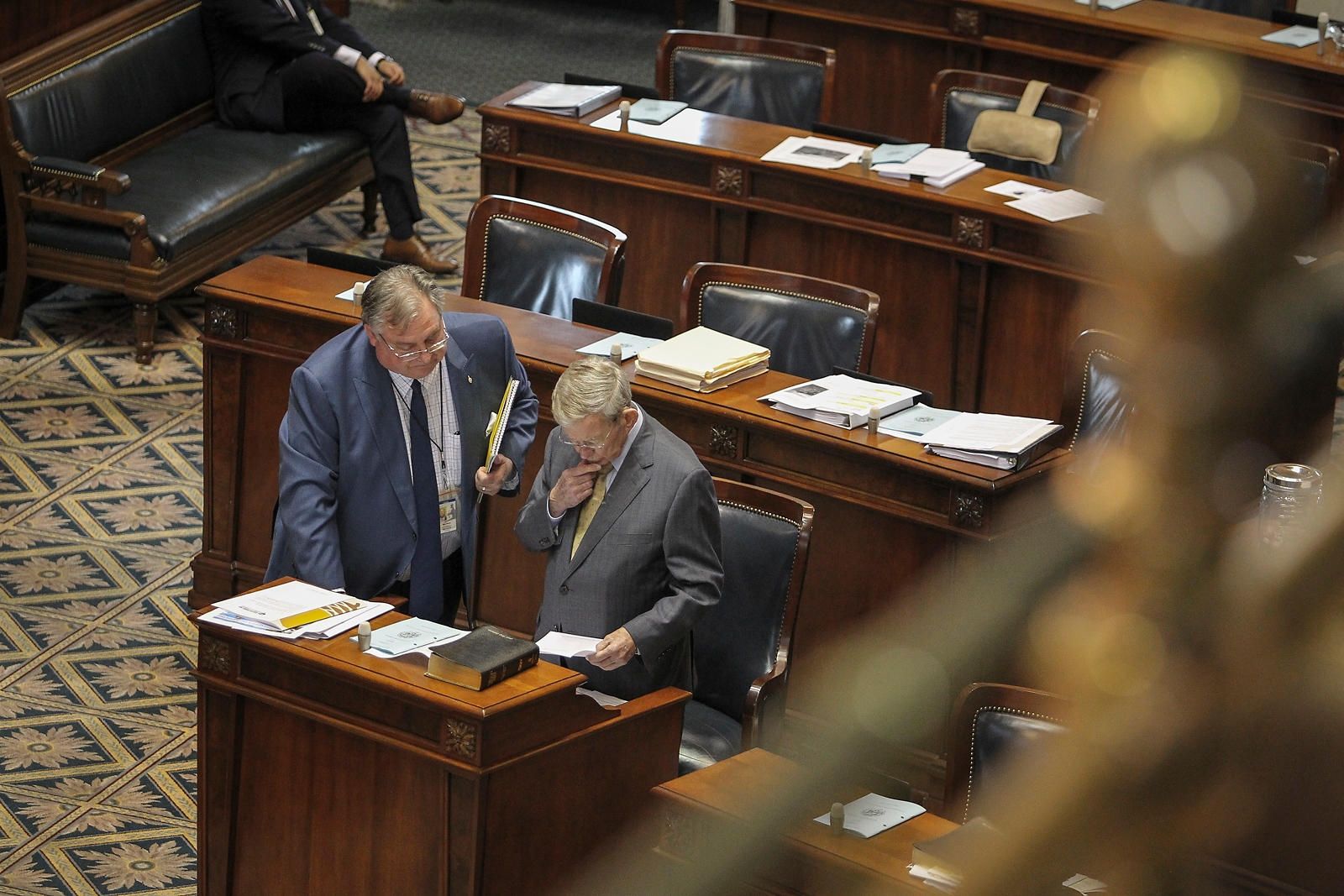 We have already written on the shifting sands in the South Carolina Senate, where “Republicans” (a term we use loosely) now enjoy a 2-to-1 advantage over their Democratic colleagues.

Still, the GOP’s 30-16 advantage is going to shake up the balance of power in the “upper” chamber – which is effectively led by two veteran “ex-” Democrats, powerful finance chairman Hugh Leatherman and judiciary chairman Luke Rankin.

Leatherman has been in the S.C. Senate since 1981, and for the better part of the last two decades he has wielded near dictatorial power over the state budget. Leatherman has governed by forging alliances between Democrats and fiscally liberal GOP lawmakers – creating coalitions via the spoils of the spending process.

The result of two decades of “Leathermania?” Numerous tax hikes – and a massive, sustained expansion of government that has failed to produce anything resembling positive outcomes for the people of South Carolina.

And that was before the coronavirus pandemic hit …


Can Leatherman – who turns 90 next year – maintain his grip on power?

After all, in the aftermath of the 2020 elections his fiscally liberal coalitions are crumbling. Two of his staunchest allies – senators Paul Campbell and John Matthews – declined to seek reelection. And this week, three of his top supporters – Floyd Nicholson, Glenn Reese and Vincent Sheheen – were defeated by their GOP opponents at the ballot box.

Heading into the upcoming legislative session there are a total of six vacancies on Leatherman’s finance committee – meaning more than a quarter of the panel must be replaced prior to the coming session.

According to our sources, state senator Katrina Shealy of Red Bank, S.C. will be filling one of those slots – with Ross Turner of Greenville, S.C. likely to fill another. Senator Tom Young of Aiken, S.C. – who was recently demoted from an influential judicial selection committee by Rankin – could fill yet another.

As of this writing, though, it is not immediately clear who will join this reconfigured committee.

As we noted in our previous post, “realignment on the finance committee could have profound implications when it comes to the state’s bloated budget.”

“How does (realignment) alter Leatherman’s approach?” one lawmaker wondered. “Does he have the votes to move a budget without appeasing the conservative wing of the party? How do these new members alter the internal dynamics of the caucus?”

These are good questions …


Also worth following? The vacancies on the Senate judiciary committee created by lawmakers rushing to join the finance panel. Those lawmakers’ vacated seats must be replaced, too – creating the potential for upheaval on that panel, as well.

Our view? First, we hope GOP senators act swiftly to put an end to the secretive spoils system that has helped Leatherman form his governing majority over the years. There should be more than enough votes to do that now, especially considering Democratic senator Dick Harpootlian – who survived a ferocious GOP challenge to win a full, four-year term in office – is among the supporters of spending transparency efforts.

Beyond that, as we noted in a recent piece on the state’s employment situation, lawmakers must enact broad-based income tax relief and put an end to corporate cronyism. Furthermore, state government must stop subsidizing things it has no business paying for – like a monopolistic power company, a mismanaged port system and a hard-core liberal system of higher education that is fueling debt in this country.

Our hope? That the new Senate can advance these aims better than the old one … of course to be frank, it would be hard to imagine it doing any worse.