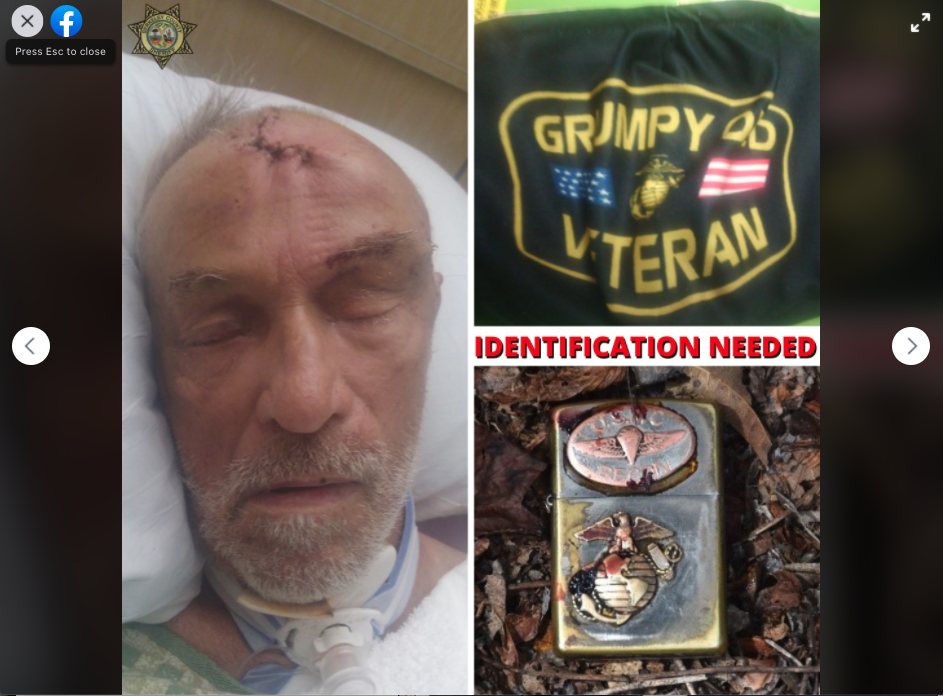 For several days, Berkeley County Sheriff’s Office officials have been “desperately attempting to identify” a man who appears to be a homeless veteran they found badly injured in Goose Creek on Sept. 24.

Just days ago, the man’s injuries were too gruesome for Berkeley County officials to release his photo.

On Monday, police shared the post (below) reporting that his conditions have improved, but he’s still unable to say his own name.

The man — called “Joe Doe” by police — appears to be a veteran and is possibly homeless, according to the post.

Sheriff’s Office officials are hoping that the public recognizes three military items they found with the man — a mask that says “grumpy old veteran,” a U.S. Marine Corps hat, and a Recon Marine lighter.

He is white with a slender build, according to the post. Police believe he is between 55 and 70 years old.

The latest Berkeley County Sheriff’s Facebook post on the mystery man has gone viral. More than 35,000 people have shared it and 1,300 have commented.

“God bless this hero as he continues to recover,” one person commented.

“Praying for healing and praying we somehow figure out that our Veterans should never ever be homeless,” another comment said.

There are an estimated 40,000 homeless veterans across the United States, according to the National Coalition for Homeless Veterans.

Berkeley County is northwest of Charleston with a population of about 177,000.