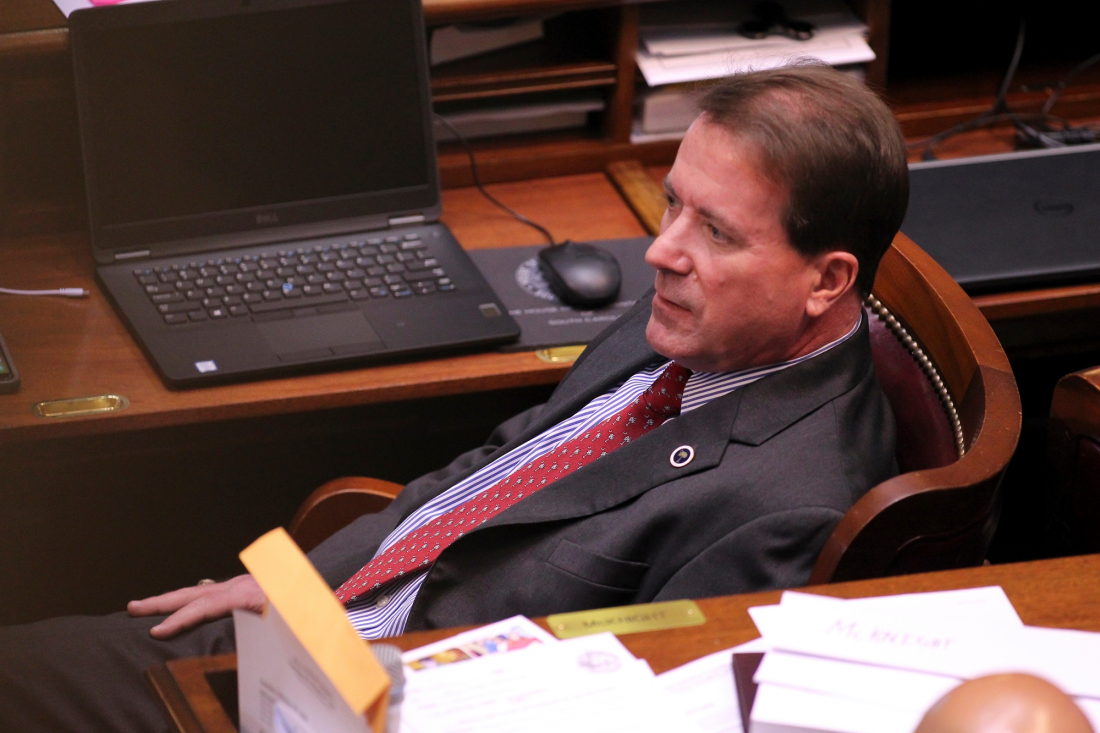 This news outlet has always gotten along well with South Carolina state lawmaker Chris Murphy – who just won a fifth term representing S.C. House District 98 (map).  The Lowcountry Republican has always been straight up with us – even when we were breaking not-so-nice news about him.

That’s more than we can say for most of Murphy’s colleagues at the S.C. State House, who reflexively recoil at the hint of negative coverage.

Anyway, this article really isn’t about Murphy as much as it is about a broader problem in state government … nepotism.

It seems like every year we find ourselves reporting on this topic … because every year, state leaders fail to take the simple and long-overdue step of eliminating it.

Seriously … this is not complicated.  We proposed getting rid of nepotism over a decade ago in our famed blueprint for the reform of state government, the “95 Theses.”

43) No member of the General Assembly, their immediate family or a campaign contributor shall be eligible to serve as a paid or contract employee of the state.

Unfortunately, no such prohibition has been approved … or even seriously contemplated.  Nor will one be approved this year (mark our words).

Three years ago, we reiterated our objection to the practice of lawmakers’ appointing their relatives to government posts – arguing that a prohibition against the practice should be part of a comprehensive ethics reform package.

“Any ethics reform package passed this year by the S.C. General Assembly must include draconian new restrictions on relatives of lawmakers (and former lawmakers) getting state appointments,” we wrote at the time.  “We are sick unto death of politicians telling us how they support ethics reform … only to watch their kin folk get high paying gigs on our dime.”

Indeed … and yet sadly, nothing has been done.

Anyway, all of this brings us back to Murphy – whose wife, Maite Murphy, was elected by his colleagues as a circuit court judge in 2013.   The North Charleston, S.C. attorney now has a brother who is seeking a position on the board of visitors at The Citadel, South Carolina’s government-run military college.

In and of itself, this seems like no big deal – although Murphy’s brother, Michael H. Murphy III, currently works for a law firm that has extensive dealings with the school.

To be clear: We have no dog in this fight.  The composition of this school’s board of visitors is of absolutely no consequence to us.  We will continue to argue for the immediate privatization of all institutions of higher education in the Palmetto State (no matter who serves on their boards), and at that point they can choose anyone they want to lead them.

As we have stated ad nauseam, higher education is not a core function of government … certainly not the wasteful, duplicative and inefficient way it is run in South Carolina.

Again, though, we are not criticizing Chris Murphy for this issue.  Nor for that matter did we criticize another Lowcountry state representative, Peter McCoy, when his wife Jennifer McCoy was elected by lawmakers as a circuit court judge last year.

It’s not the people we believe deserve contempt in these instances … it is the process.

If lawmakers would only fix the broken process, the problem would be solved.

With that in mind … here we go again: In the aftermath of the #ProbeGate investigation into corruption in state government – which revealed gaping holes in state ethics law – we would once again call on state lawmakers to enact a prohibition against nepotism as part of a comprehensive ethics reform package.

Faith in the integrity of public institutions in the Palmetto State is at a low point right now – and with good reason. It is time lawmakers started taking steps to restore that faith as opposed to perpetuating practices that further erode it.