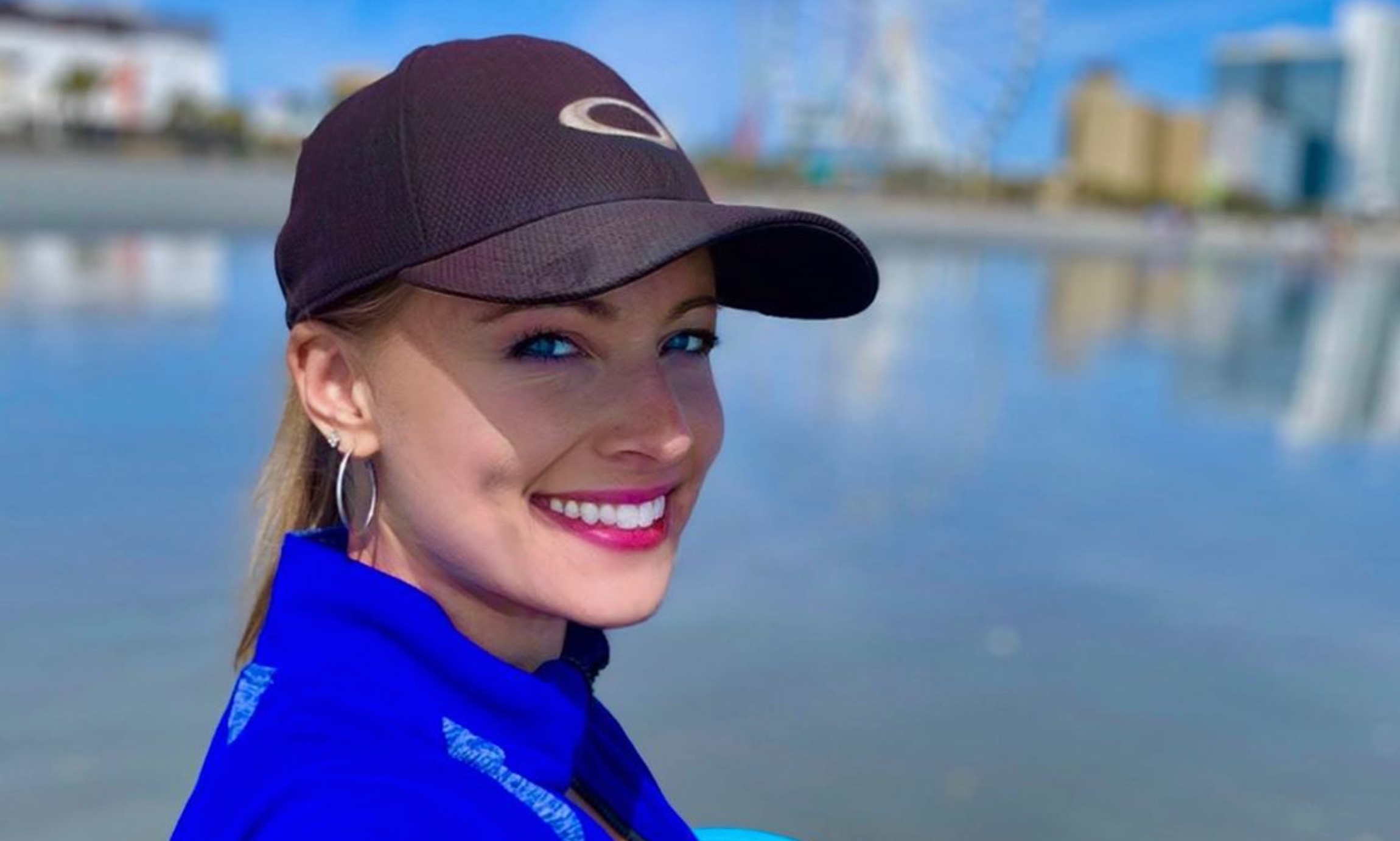 Is that journalism? No … but the station does give good traffic and weather. Sometimes … (wait for it) together.

Anyway, shaking things up in a big way this week was the station’s new morning anchor, 28-year-old Kamie Roesler. According to police in Sioux Falls, South Dakota, Roesler assaulted a male acquaintance on Sunday afternoon during a verbal altercation that took place at around 4:30 p.m. CDT.

Specifically, the North Dakota native and former anchor at KSFY TV-13 (ABC – Sioux Falls) is accused of smashing a beer bottle over the head of the man – resulting in several lacerations that required stitches.

And yes, you can insert your “this is how we handle our business in the Bison State” jokes right here.

“They know each other – they are not in any type of relationship,” a Sioux Falls police spokesman said in a live Facebook video. “The victim said that it was some kind of political argument. (Roesler) ended up grabbing a beer bottle and then swinging at and hitting the victim in the head.”

Roesler was arrested and charged with one count of aggravated assault in the aftermath of the incident. As with anyone accused of any crime, she is considered innocent until proven guilty by our criminal justice system. If convicted, however, she could face up to fifteen years in prison and fines of up to $30,000 (aggravated assault is a class three felony in South Dakota, per S.D. Codified Laws § 22-18-1.1).

Here is her devil-may-care mugshot …

Roesler’s fans in the Palmetto State quickly came to her defense.

“We finally get a fair journalist who asks questions at WIS and some dude in South Dakota has to get mouthy and ruin it for us,” one of Roesler’s supporters told us, referring to the 32-year-old victim in the case.

Several others reached out to us expressing their support for Roesler – indicating she approached her job from a vastly different perspective than most mainstream media reporters.

“I’ve been impressed by her,” one former television executive told us. “She has a future in this business.”

“(She’s) not a typical millennial journalist for sure,” our original source said.

Meanwhile our founding editor Will Folks – whose notorious liaisons with multiple television anchors made news decades ago during his tenure with former S.C. governor Mark Sanford – weighed in on the situation with a prospective job offer for Roesler.

As good as Roesler is (and as bright as her future may be), her alleged lapse of judgment does have her staring down a very serious charge – as well as some potentially serious criminal and professional consequences.

How will she bounce back?

The news business – which has become increasingly beholden to the left-leaning new orthodoxy – clearly needs more “independent, unapologetic” voices. But it also needs those voices to be smart and disciplined on and offline.

Severe T-storms, Tornado Possible In The Midlands And Lowcountry Today