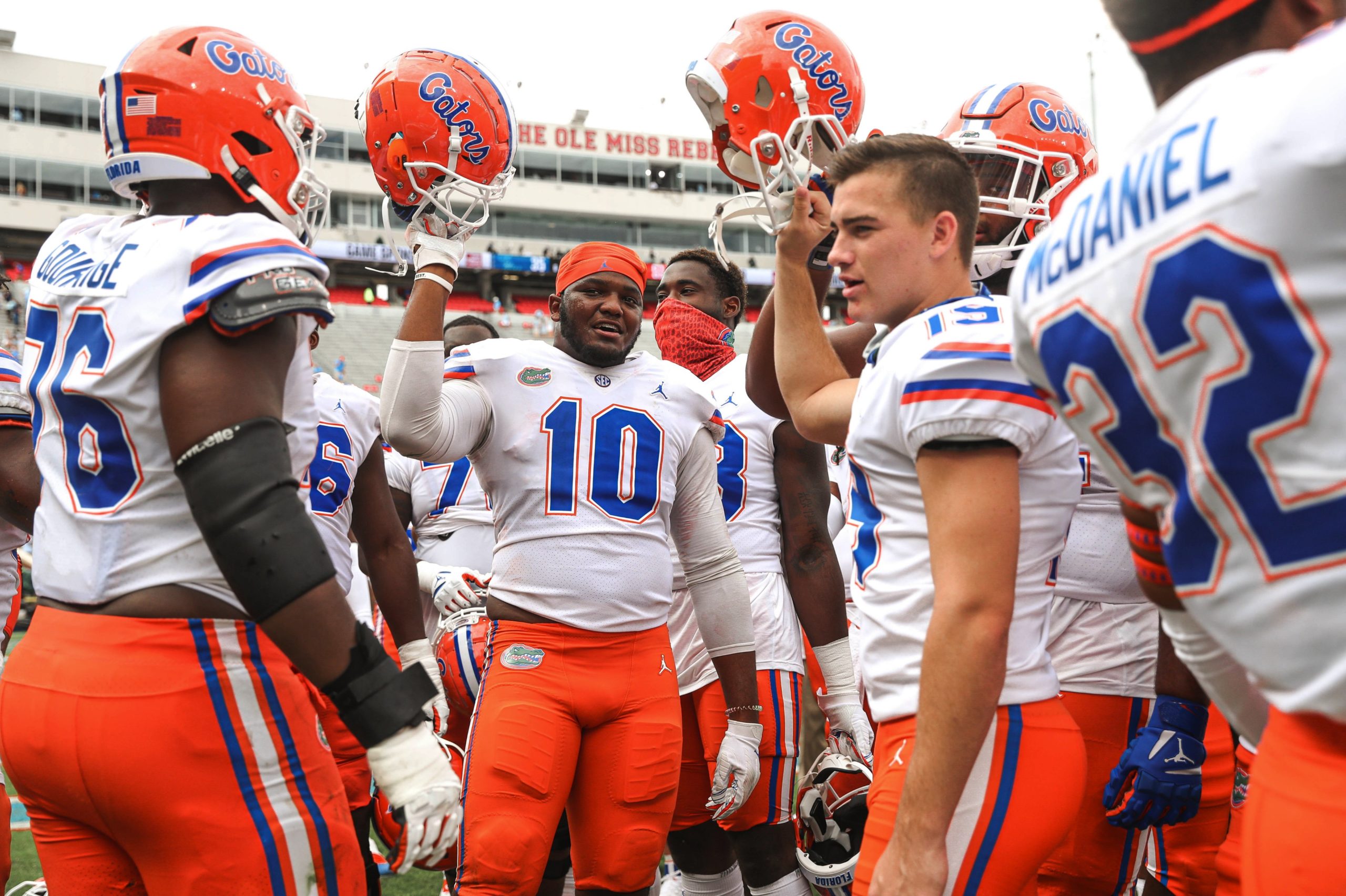 The last time the University of South Carolina football team ventured into Ben Hill Griffin stadium – a.k.a. “The Swamp” – things went swimmingly. For awhile, anyway. The Gamecocks led the No. 15 Florida Gators 31-14 with less than four minutes remaining in the third quarter – and they appeared destined to expand on that lead when a third-and-long snap sailed over the head of Gators’ quarterback Feleipe Franks.

But this freak play – which redefined both the game and South Carolina’s 2018 football season – was only beginning.

Franks was able to somehow recover the bad snap, escape pressure from pursuing defenders and heave the football downfield where – a few ricochets later – it was caught by sophomore wide receiver Trevon Grimes just beyond the first down marker.  As Grimes was being wrestled to the ground, though, the football was stripped out of his arms and recovered by South Carolina.

Replays clearly showed the ball coming out of Grimes’ arms before he hit the turf – but Florida was able to snap the football before booth officials could initiate a review.

The play in question can be viewed at the 27:00 mark of this clip …

“From that moment on everything – and we mean everything – went wrong for South Carolina in Gainesville,” we noted in our recap of the contest.

And the hits have kept-a-coming …

These programs have been moving in different directions ever since that fateful play.

South Carolina posted a disastrous 4-8 record last year and kicked off its 2020 campaign with an uninspired 31-27 loss to Tennessee at home.

Meanwhile, Florida ran the table in 2018 (including an evisceration of No. 7 Michigan in the Outback Bowl) to finish as the No. 6 team in the nation under first-year head coach Dan Mullen. Following an 11-2 season in 2019 – including a hard-fought victory over South Carolina on October 19 – the Gators once again ended the season ranked No. 6 nationally.

Our Lee Wardlaw will have a detailed preview of the Gamecocks and Gators later this week, but the odds makers have already spoken as to their view of this upcoming matchup.

South Carolina is 0-1 against the spread this season, while Florida is 1-0 after its 51-35 beat down of Ole Miss last weekend.