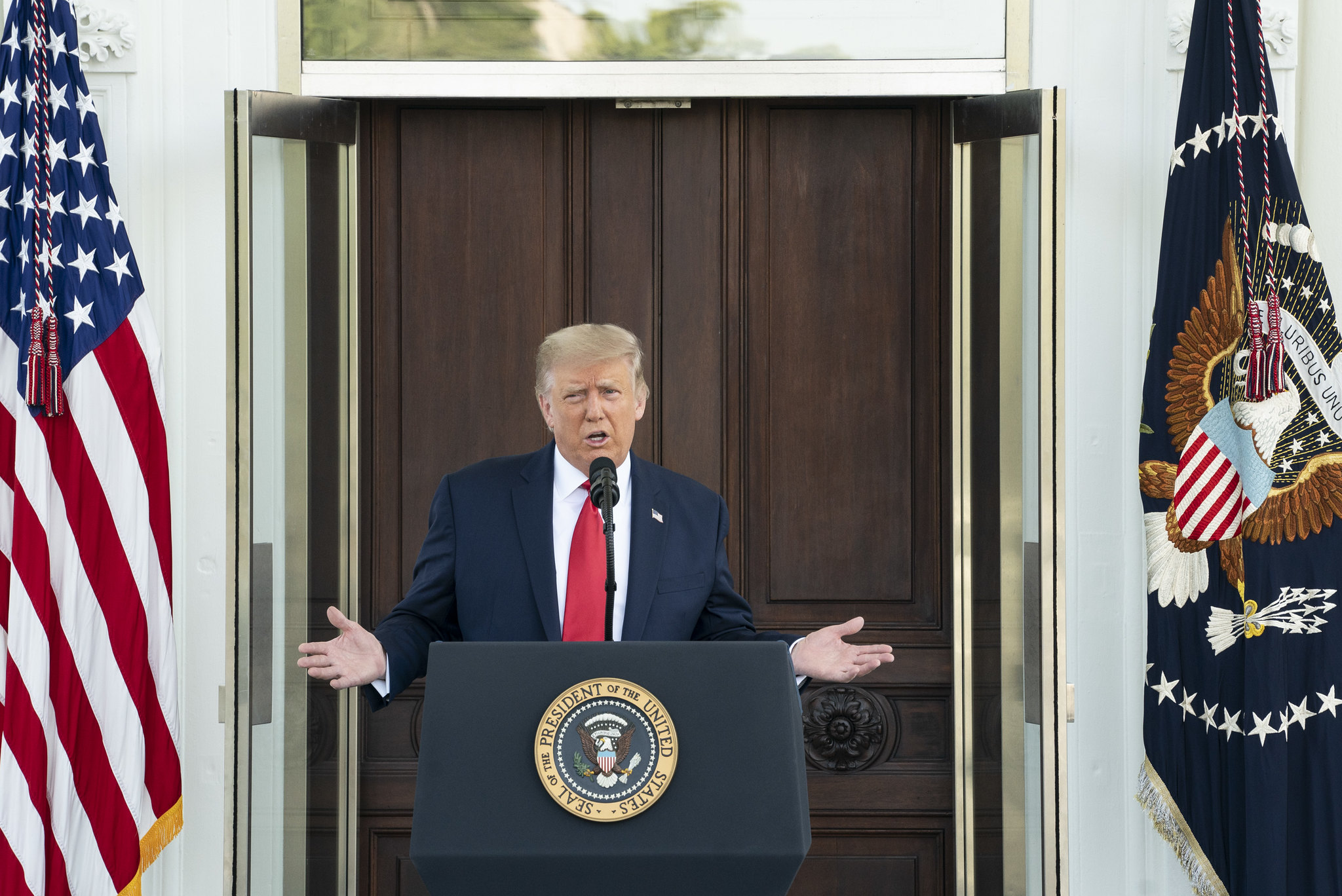 After racing to a huge financial advantage in his reelection campaign against former U.S. vice president Joe Biden, incumbent Republican Donald Trump is suddenly facing a cash crunch – one that could compel him to tap millions of dollars of his own money as the upcoming presidential race reaches its homestretch.

By most accounts, Trump is faring better than expected against Biden – even if his improvement is not always reflected in surveys disseminated by mainstream pollsters.

While Biden remains the clear favorite (owing to any number of demographic realities), Trump is within striking distance in several of the swing states he would need to capture in order to pull off a reprise of his 2016 upset.

In order to preserve his momentum, though, he needs money … which is in shorter supply than expected after what critics contend was wasteful spending during the spring and summer. Meanwhile, Biden is crushing it on the fundraising front – bringing in a staggering $364.5 million between his campaign organization and various Democratic party “shared” committees during the month of August.

Team Trump has yet to release its numbers, but the Biden haul would appear to put Democrats on even financial footing with the GOP – which has spent a staggering $800 million of the $1.1 billion it raised from the beginning of 2019 through the end of July.

That profligate spending is one of the reasons Trump demoted former campaign manager Brad Parscale and elevated deputy Bill Stepien in mid-July. A recent story in The New York Times by Maggie Haberman and Shane Goldmacher laid bare the concerns raised by Republicans supporting Trump’s reelection.

“If you spend $800 million and you’re 10 points behind, I think you’ve got to answer the question ‘What was the game plan?’” GOP strategist Ed Rollins said.

According to Rollins, Parscale spent money “like a drunken sailor.”

Questions have also been raised about where this money was spent. According to a new report from Scott Bland and Elena Schneider of Politico, Trump has “doubled down” on advertisements on Fox News in an effort to shore up his base while neglecting broadcast television outlets in swing states like Michigan, Pennsylvania and Wisconsin.

“The focus on Fox has alarmed some Republican strategists who think the campaign has missed an opportunity to spread its message to battleground-state swing voters, who are getting a steady dose of Joe Biden ads,” Bland and Schneider wrote.

To regain the financial edge – and reassert himself with those audiences – Trump could dip into his own pockets.

According to a trio of Bloomberg reporters, the billionaire real estate mogul has discussed spending as much as $100 million of his personal fortune on the 2020 election. Four years ago, he contributed $66 million of his own money to his victorious campaign.

Trump has not said definitively whether he will chip in his own cash.

“If I have to, I would,” he told reporters earlier this week. “But we don’t have to.”

On Twitter, Trump has claimed his campaign had to spend “a lot of money up front in order to compensate for the false reporting and fake news concerning our handling of the China virus.”