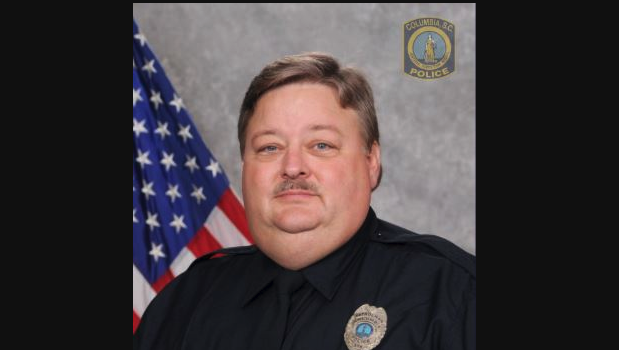 Holbrook was with the department for more than 35 years, according to the release.

“Prior to becoming ill, he was a valuable part of CPD’s Special Events Unit under the Special Operations Bureau, assisting the public with traffic control and security during special events to include parades, marathons, and festivals, and most recently, hostile protests at CPD Headquarters on May 30 and 31, 2020,” the release said.

Hall, who is originally from Cayce, first joined the department in 1985 and retired briefly for two months in 2008, only to return to the blue line.

“Officer Robert “Bob” Hall exemplified everything that is expected out of a 21st Century police officer – service before self, professionalism, integrity, and compassion,” Columbia Police Chief W.H. “Skip” Holbrook said in the release. “MPO Hall was well-known within the City of Columbia’s business and entertainment districts, having played an integral part in event planning and security. MPO Hall served with distinction and honor for more than three decades and has left a lasting legacy at the Columbia Police Department.”

Columbia City Manager Teresa Wilson said that Hall’s “kind and courteous demeanor was complimented by many.”

Hall is one of 984 South Carolinians who have died from COVID-19 since March, according to the South Carolina Department of Health and Environmental Control (SCDHEC).

South Carolina has reported skyrocketing coronavirus cases since the third week of June, when it began seeing more than 1,000 cases per day — a big jump from May when it just saw an average of 189 cases per day.

South Carolina, the No. 3 hotspot in the world for new COVID-19 cases, ranks 35th in the nation for COVID-19 tests per capita and 48th in the U.S. for percent of positive tests, according to the COVID Tracking Project.

“As of this morning, 2,813 inpatient hospital beds are available and 7,976 are in use, which is a 73.93% statewide hospital bed utilization rate,” SCDHEC officials said. “Of the 7,976 inpatient beds currently used, 1,550 are occupied by patients who have either tested positive or are under investigation for COVID-19.”

Coronavirus Classifications: Why They Matter