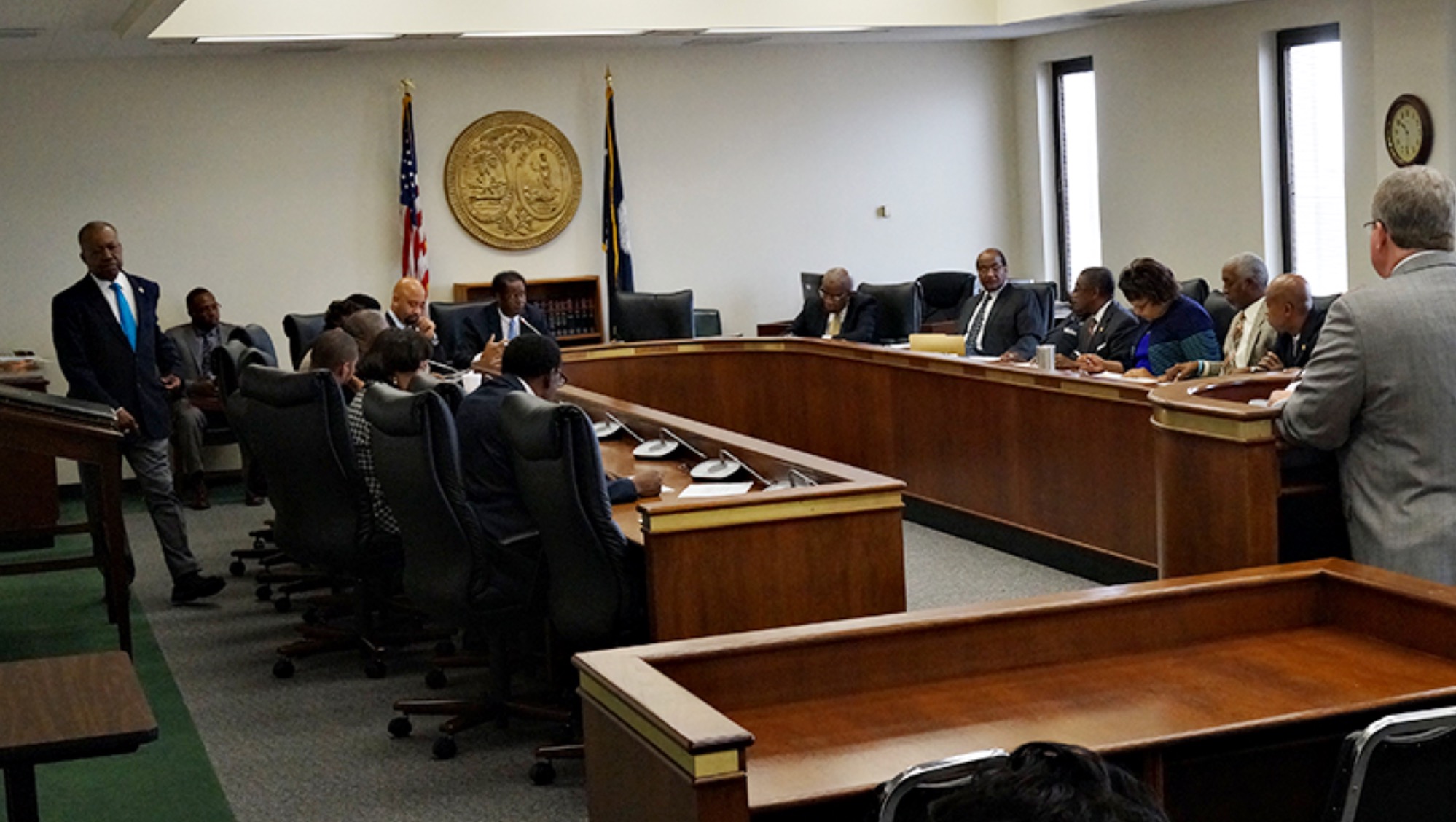 At the very moment it could be substantively impacting ongoing debates over race relations and law enforcement reform in the Palmetto State, the South Carolina Legislative Black Caucus (SCLBC) is coming apart at the seams.

Last week, state representative Cezar McKnight of Kingstree, S.C. sent a letter to his colleagues announcing his decision to leave the organization due to a dispute with its chairman – state representative Jerry Govan of Orangeburg, S.C. Numerous other black lawmakers have since followed suit, we have learned, also citing displeasure with Govan as motivating their departure from the group.

“We are yet again experiencing a crisis of leadership,” one of these caucus members told this news outlet.

According to our sources, these lawmakers would consider rejoining the caucus in the event its chair-elect – Pat Henegan – were to replace Govan.

As we exclusively reported, Govan narrowly survived an attempted ouster as SCLBC chairman six months ago. At the time, concerns were raised over whether he was following established protocol regarding certain caucus-related disbursements. Govan was able to keep his job because he reportedly demonstrated a “change in attitude,” according to our sources.

The SCLBC was founded in 1975 as a nonprofit organization. Prior to the recent defections, it boasted 45 members.

Govan, 62, has represented S.C. House District 95 (.pdf) since January of 1993. Earlier this month he won his party’s nomination for another two-year term in office. He faces Labor party candidate Willia Leggett in the general election this fall.

Govan assumed leadership of the SCLBC in January 2019, his second two-year stint at the helm of the organization. He was previously chairman of the SCLBC during the 115th S.C. General Assembly in 2003-2004.

According to McKnight’s resignation letter – a copy of which was forwarded to us by a caucus member – the SCLBC has “floundered and bounced haplessly along without direction or message” since Govan took the reins of the organization.

“Quite frankly SCLBC remains locked full speed on a road to nowhere,” McKnight wrote in his letter (.pdf), which was dated June 18, 2020.

According to McKnight, the caucus has “no message, no agenda, no vision” and “seems hellbent on the appeasement of law enforcement” as it engages the ongoing debate over police reform.

(Via: Tom Steyer for President)

“I cannot … continue to be affiliated with an organization that has no, message, no agenda and no voice in such a critical time,” McKnight wrote, attaching his list of proposed reforms to the letter.

An attorney, McKnight has represented S.C. House District 101 (.pdf) since 2015. He is unopposed in his bid for another term in office this fall.

This news outlet reached out to McKnight over the weekend in the hopes of getting him to elaborate on his decision, but he declined to comment further.

“The letter speaks for itself,” McKnight told us.

This news outlet reviewed McKnight’s list of proposed reforms and discovered a lot of common ground with editorial positions we have taken in the past. Like us, McKnight supports a dramatic upgrade to the Palmetto State’s body camera law along with expansive civil asset forfeiture reform (two things lawmakers should have fixed years ago).

He also supports the decriminalization of marijuana for medical purposes and an end to “no-knock” police raids.

To view McKnight’s letter and his complete list of proposals, scroll through (or download) the document below …